Stella McCartney was born into a well-known family. Her parents inspired her in her work, and she is their inspiration in this artificial fashion world where she creates her fabulous designer work without causing harm to animals. Stella McCartney makes clothing without leather and without fur and is also well known for her celebrity style design thinking. She is the daughter of a former Beatle, Sir Paul McCartney, a well-known music brand in their time, and the late, well-known photographer and animal-rights activist, Linda McCartney. In 2013, Stella McCartney was enlisted for the New Year Honours and was appointed as an Officer of the Order of the British Empire. 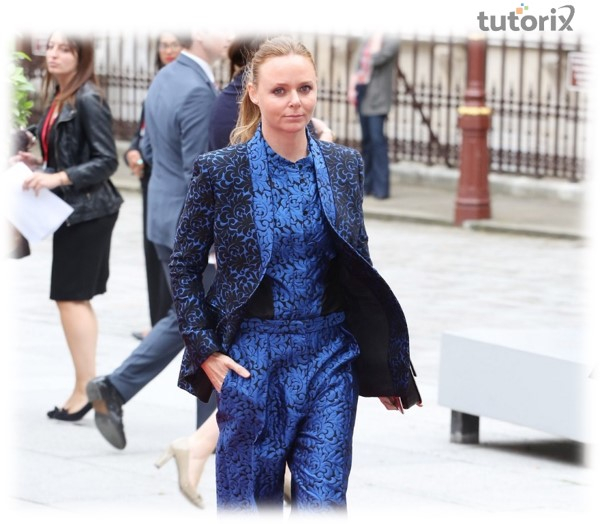 Who is Stella McCartney?

Stella McCartney started working before her graduation, as an intern at the French couture house Christian Lacroix and at British Vogue. Stella McCartney gained a name and became recognized by everybody very quickly. After her graduation from Central St. Martins in 1995, she was hired by the Vendome Luxury Group in 1997 to reconstruct and bring up-to-date its 45-year-old design fashion house, Chloé. Stella McCartney did her duty well, and the fashion house restarted its business and marketing world-wide. Her first collection was associated with silenced critics, lacy petticoat skirts, and dainty camisoles.

Stella McCartney is famous for her relationships with celebrities. She has designed apparel for several renowned and high-profile celebrities and friends, like she designed a wedding dress for Madonna, Kate Hudson’s dress for the 2001 Academy Award ceremonies, Gwyneth Paltrow, Liv Tyler, and model Kate Moss, etc.

Stella McCartney’s notable sustainable work towards nature came to be known when her brand’s environmental mission was published when it published its first global environmental profit and loss report for the full 2015 calendar year. Stella McCartney has been using and developing many newer ways to reduce harmful environmental losses and save nature and animal lives from cruelties. Her products are made from sustainable viscose and cashmere. These can have a less damaging effect on the environment. She has been making clothing without leather or fur, and her brand has been trying to make more sustainable designs to benefit nature and humanity.

In the year 2020, she created Stella Vision and Stella Community. Her first-ever unisex collection was launched and launched, Stella Wear, a sustainable lingerie collection and swimwear, and also, she was the first designer to cover American Vogue. In 2021, Stella McCartney represented her world’s first Mylo mycelium leather garments and runway bag. In the same year, in collaboration with Adidas and Paul Pogba, she also launched the world’s first-ever vegan football boot. She was attending the G7 UK conference and signed the Terra Carta treaty and presented the Future of Fashion exhibit at COP26.

In 2002, she made a collaboration with artist Gary Hume at the Thaddeus Ropac gallery in Paris. She created handmade t-shirts for a silent auction to benefit RAWA. It is an organisation for Afghan women’s rights. In 2018, WWD received the Corporate Citizenship Award in New York; the Clio Award for the Breast Cancer Campaign film starring Idris Elba; the LVMH partnership; the Stella X Taylor Swift collaboration; the Green Fashion Award; the Ground Breaker Award in Milan; and the BOF Gala Global Voices Award in London. Launched the new fragrance POP, the scent for a new generation of women. She has designed an exclusive lingerie set for Breast Cancer Awareness with a campaign featuring Chelsea Handler and designed a Post Double Mastectomy Compression Bra in 2016. 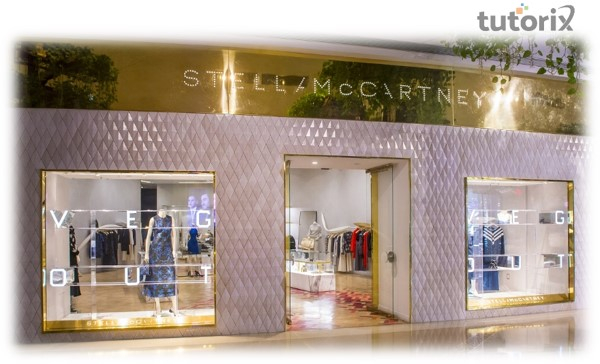 In 2004, she designed specially made costumes for Madonna’s Reinvention Tour. She has made a partnership with NGO Canopy and is also the first fashion brand to join the Wildlife Friendly Enterprise Network in 2014. She has designed exclusive t-shirts for the Red Nose Day in 2009 campaign to benefit Comic Relief charity in the UK and also started an awareness campaign in the UK called MEAT FREE MONDAY. In 2016, she came with her White Ribbon badge for the campaign to raise awareness of the International Day for the Elimination of Violence Against Women by the Kernig Foundation.

In 2009, he was honoured by the Natural Resources and Defence Council in New York. She was a Woman of Courage honouree at the Unforgettable Evening event in Los Angeles in 2003, and in the same year she launched the Absolut Stella campaign with illustrations by David Remfry.

Stella McCartney is a magnificent fashion designer and environmentalist who has been working for fashion, humanity towards animals and nature. She is an inspiration and a great fashion icon of the British fashion world as well as world-wide fashion. Thus, here Stella McCartney’s life and works are presented very briefly.