Special theory of relativity is one of the most important theories in the field of physic. Special relativity describes the relationship between energy and mass. The theory further states that a small amount of mass can be transposable with a huge amount of energy. It is defined by the famous equation $E = mc^{2}$.

The special relativity is applied in special cases. The theory is mostly used in the discussion of high energy, astronomical; distance, and ultra-fast speed, all without the complexity of gravity. In 1905, Einstein added gravity to his theories when he published his paper on general relativity. The discovery and implementation of the special theory of relativity brought a drastic change in science. It completely changes the contemporary idea of time along with space.

Discussion on Special Theory of Relativity

The special Theory of Relativity is a very important concept in physic. It changes the way of thinking of space, time. and despite the light source, the speed of light within a vacuum is similar to any other space. Special relativity exposes the result of the equivalence of mass-energy, length contraction, the relativity of simultaneity, and a universal speed limit (Sumardani, Putri & Sumardani, 2020).

The traditional notion of the absolute universal time is replaced by the notion of time and it is dependent on the spatial position and reference frame. In special relativity, the reference frame acts as very important. The time of events can be measured by using the clock. In special relativity which was proposed by Albert Einstein contradicts with the principle of Galilean relativity. This particular theory denotes the body (either in the uniform motion within a straight line or at rest) for following the particular principle of inertia. As opined by Antonov (2020), special relativity can be applied to those objects that move in uniform motion with each other. The speed of the light in tree space can be determined by this theory but at the same time mass and energy cannot be easily changed as the speed of light is a huge number. 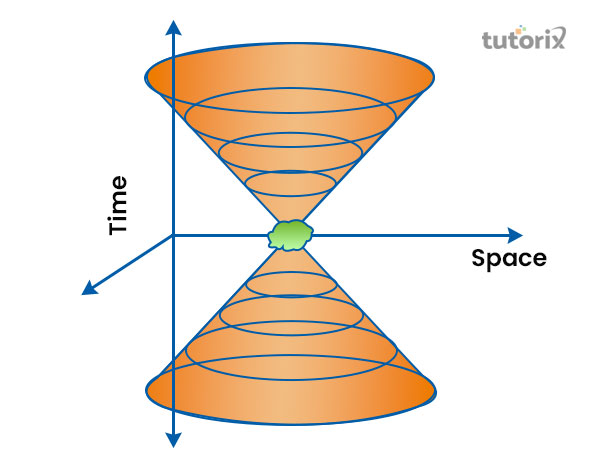 The application of the special theory of relativity

The special theory of relativity is the most famous and important scientific theory of the twenty century. The GPS satellites that possess an atomic clock run faster than the clocks of the earth's surface. According to Park (2018), it is because these GPS satellites are located far from the gravitation of the earth. The other application of special relativity can be found in electromagnets, GPS navigation. The theory is essential for the process of GPS navigation

One of the well-known and popular theories in physic is $e = mc^{2}$. It means energy is equivalent to the product of mass and square of the speed of light. It can be also said that mass (m) and energy (e), are replaceable. The equation needed to be squared by itself to be larger. A little amount of mass consists of a huge amount of energy (Feng & Huang, 2020). This is a phenomenal discovery in physics. It completely changes the conventional idea of space and also time.

Time dilation refers to the slowing of the time when it is observed by one observer compared with another. It depends on the position and relative motion of the observer within a gravitational field. Two types of time dilation exist. One is based on the difference in the relative velocity and the other is created by the effect of gravity. As opined by Barukčić (2019), the time dilation generally contradicts with withy the concept of the absolute time.

Time is relative. Time duration occurs due to motion and gravity. The spatial coordinates cannot explain the location of a particular individual in the universe but it also depends on time coordinates

Laws of transformation of space and time

Law of space and time states that time can be created by space. Einstein initiated the idea of time as a fourth dimension. As proposed by Wang (2021), it means that these two components are inextricably linked.

Special relativity holds high significance in the ground of physics. The theory is important in understanding and calculating the high-velocity affairs. The idea of time, as well as space, is totally transformed by the introduction of the special theory of relativity. The gravitational theory also gave a new dimension and scientists were able to gather more information.

1. What are the two significant results of special relativity?

Special relativity has unexpected and strange consequences like the very length of an object being measured by the moving reference frame. The mass could not be increased to the speed of light.

2. What is the difference between the special and common theories of relativity?

3. What are the principal postulates of the Special Theory of Relativity?

The law of physics is the basic thought of relativity that is applied throughout the concept. The speed of light that is also available in a vacuum is irrespective of the source.

4. What is the application of the Special Theory of Relativity in daily life activity?

Electromagnetism is the special bench of physics that mainly forces on the Special Theory of Relativity. In order to measure the strength along with the relevant length of an object, this is severely used. In the field of quantum mechanicals, the relativity theory is also used severally. The formula of this theory is very much applicable in the field of an electric and magnetic field that represents the connection between electricity as well as magnetism.

Antonov, A. A. (2020). Comparative Analysis of Existing and Alternative Version of the Special Theory of Relativity. Journal of Modern Physics, 11(2), 324-342. Retrieved from: https://www.scirp.org/journal/paperinformation.aspx?paperid=98428

Barukčić, I. (2019). Aristotle’s law of contradiction and Einstein’s special theory of relativity. Journal of Drug Delivery and Therapeutics, 9(2), 125-143. Retrieve from: http://jddtonline.info/index.php/jddt/article/download/2389/1808