People with mental illness often experience physical symptoms like headaches, nausea, muscle tension, and more. These are known as somatic symptoms, also referred to as psychogenic or psychosomatic symptoms. Physical symptoms are known to be caused by stress or worry but can also indicate other mental illnesses. People with conversion disorder may also experience these physical conditions directly related to stress. A person with this condition frequently has excessive concerns regarding their wellbeing and may display strange or unusual behaviors resulting from these concerns. Health issues grow so severe that they become a fundamental part of a person's identity and dominate their interactions with others. People having somatic symptom disorders seek medical therapy at a high rate, although such care rarely alleviates their discomfort. 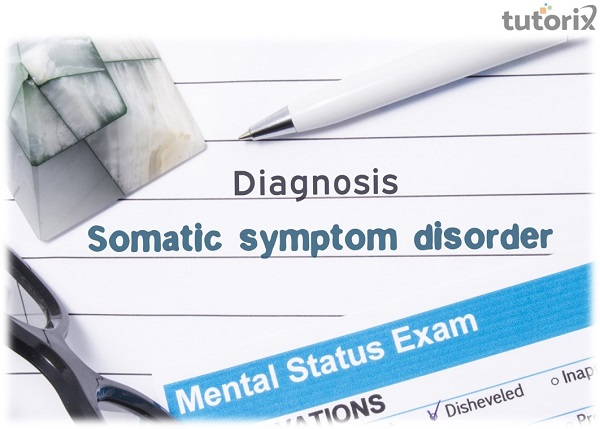 What is Somatic Symptom Disorder (SSD)?

Introduced in 2013, somatic symptom disorder (SSD) is a diagnosis with the publication of the Fifth Edition of the Diagnostic and Statistical Manual of Mental Disorders (DSM-5). It eliminated the classifications of somatization disorder, undifferentiated somatoform disorder, hypochondriasis, and pain disorder; the majority formerly had these diagnoses are now classified as SSD in DSM-5. The purpose for the renaming and classification is that all of these illnesses entail the presentation of physical symptoms and concern about the medical condition, whereas Somatoform disorders were defined by the concept of "Medically Unexplained Symptoms" (MUS).

Category in the DSM 5 includes

Somatic Symptom Disorder symptoms can differ from person to person. They can be physical, psychological, behavioral, or a combination of all.

The first step in diagnosing a Somatic Symptom Disorder is to rule out other causes of symptoms and find the root cause for it. The American Psychiatric Association's Diagnostic and Statistical Manual of Mental Disorders (DSM-5) highlights the following criteria for the diagnosis of somatic symptom disorder:

As with many mental health issues, there is no one cause of SSD. However, the condition has been connected mainly to childhood maltreatment and trauma. 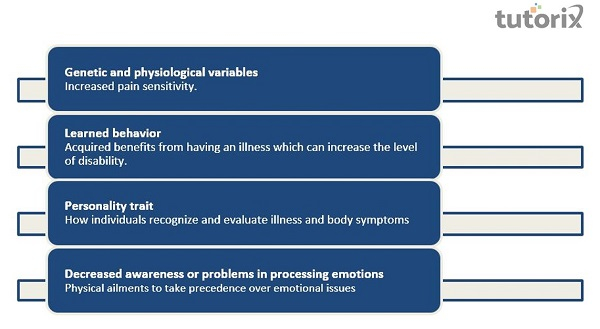 Some risk factors make an individual more susceptible than others to developing the illness. They are as follows:

The primary aim of treatment is to help individuals suffering from somatic symptom disorder. Secondly, enhance their daily functioning by reducing their physical symptoms and helping them build the ability to cope with them. The best method to treat the underlying mental health condition is done through therapy, medication, lifestyle changes, or a combination.

Somatic symptom disorder (SSD) is a condition in which an individual experiences physical symptoms that are unrelated to any medical condition. Health issues grow so severe that they become a fundamental part of a person's identity and dominate their interactions with others. People having somatic symptom disorders seek medical therapy at a high rate, although such care rarely alleviates their discomfort. Symptoms of a Somatic Symptom Disorder usually have no apparent cause, but they are real. Sometimes, it has been found best to get psychotherapy and medication for faster recovery. Somatic symptom disorder is a treatable condition with the proper treatment plan and coping methods. Being deliberate about one's treatment is critical, and the very first step is acknowledging that they require assistance.