What is a solenoid?

Solenoid is considered as a long wire wrapped around in a helical shape. Its shape of it is cylindrical and it is used in the research field and experiment. It is used in the magnetic field and this field inside the solenoid is uniform. It is seen that the magnetic field is created on the outside (Hyperphysics, 2022). It works as a principle of electromagnetism. It acts as an electromagnet when the current passes through it. The wires in it are enamelled and both of the wires are insulated from each other. This is the concept of solenoid and it is not so effective as the toroid. 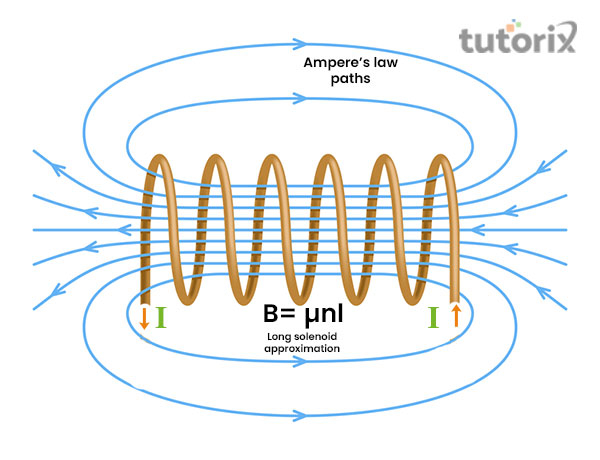 It is seen that the shape of the Toroid is like the shape of a solenoid bent and it is seen as a circular shape because it is close itself to a loop-like structure. It is also called a hollow circular ring. It is made with many turns of enamelled wire and it is closely wound with negligible spacing between any two turns (Techtarget, 2022).

It is seen that a toroid is a hollow disc-shaped ring filled with many turners of wire. In this aspect, the concept of a magnetic field is that it shadows the magnetic influence on the magnetic materials, electric currents, and moving electric charges. 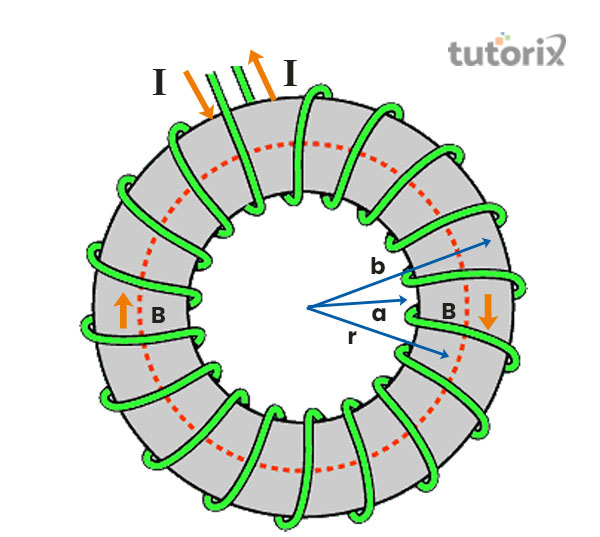 Uses of solenoid and Toroid

Toroid inductors can be used in the electronic circuits such as inverters, power supplies, amplifiers and they are used in the electrical equipment like radio, TV, computer. On the other hand, it is seen that solenoid is used as a switch for power.

The main use of those materials is happened in valves, inductors, and in antennas. Different fields have its application like the industrial as well as the medical field. Among the different uses, it is also helpful in the controlling of valve electricity.

Therefore, it is seen that solenoid have different uses and it is also used in computer printers. In the car, it is used in the fuel injection gears. That is why it is called that both of the aspects have different advantages and they work better for giving service in various matters. Bothe the Solenoid and Toroid are the important aspects of physics and their various uses can be seen in different fields.

Difference between solenoid and Toroid

Solenoid and Toroid have some differences and the main differences between them are that solenoid is cylindrical in shape whereas Toroid is circular in shape. In case of a Toroid a magnetic field is created within it but a solenoid created an outside magnetic field (Giannini et al. 2021).

The factor is that solenoid has a uniform magnetic field inside it. Therefore, it is seen that a solenoid is nothing but a straight cylinder and a wire is wound in a form of helix. On the other hand, the Toroid is a circular ring on which wire is wound. 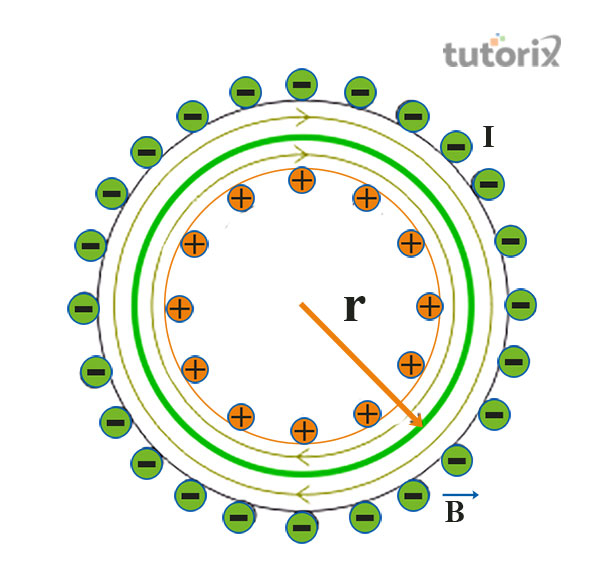 Figure 3: Magnetic field inside a Toroid

Solenoid here has a length, it is immeasurable, and here the magnetic field is a circular current. There can be seen as different types of solenoids like rotary solenoid and linear solenoid (Esaral, 2022).

The difference between these factors says that a Toroid works as an inductor and it is more efficient and economical than solenoids. On the other hand, it is said that a Toroid is an endless solenoid.

Similarities between solenoid and Toroid

Although it is seen that both solenoid and Toroid work on the principle of electromagnetism, both behave like an electromagnet during the time of passing of currents. After having some differentiation between these matters, there also lies some similarities (Shi et al. 2022).

The first one says that both work on the principle of electromagnetism. Another similarity between them is that when current passes through them, they act like an electromagnet. It is seen that the magnetic field due to the solenoid and within the Toroid is the same.

The two factors of Solenoid and Toroid are mainly working on the principle of electromagnetism. These factors have both similarities and differences in their fields. They work on the basis of a magnetic field. The factor says that the solenoid is cylindrical in shape and the Toroid is circular in shape. Solenoid length of it is larger than its diameter of it and it helps to produce controlled magnetic fields.

Q1. What is the definition of solenoid?

Ans: It is a type of electromagnet which is created with the use of helical wire and the length of it is larger than its diameter. It helps to produce controlled magnetic fields and the coil can generate the uniform magnetic fields.

Q2. What is the definition of Toroid?

Ans: A Toroid is a disc-shaped electromagnet and the formation of it is looked like a loop-like form. It is a hollow disc-shaped ring and it has numerous turns of wire. It is tied with minute spacing between any two turns.

Q3. What is meant by magnetic field?

Q4. What is the importance of a magnetic field within a Toroid?