A photovoltaic cell is also known as a PV cell, an electrical device that is used for converting solar energy into electric energy, and that is how the cell and the solar energy are connected. To use solar energy, PV cells are most needed. Solar energy is radiation that directly comes from the sun and is capable of through some chemical reaction it is capable of producing heat and can generate electricity.

What is Solar Energy

Solar energy can be defined as the light and heat that comes from the sun and is radiated and harnessed through several devices like solar cookers, photovoltaic cells and heaters. It converts the solar energy to some other form of energy like heat and electricity and make it usable (Chaibiet al. 2019).

This source of energy is unlimited and the amount of energy that earth receives is more than the world’s current and calculated energy requirements. There are many benefits of using solar energy as the main source (Wang et al. 2021).

For example, it helps in making the world less polluted, reduces the energy bill and can be used anywhere.

What is a Photovoltaic Cell ? 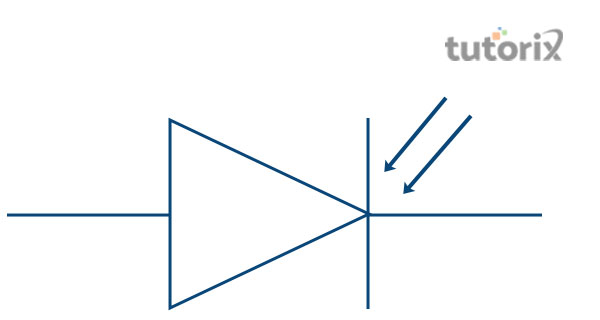 Photovoltaic cell is also described as a solar cell. It uses the photovoltaic effect to convert the sunlight into the other form of energy, which is electric energy. They can be used for both sunlight and artificial lights, according to the need (Energyeducation, 2022).

The sunlightharnesses the solar energy and simply converts it into electrical energy. Two types of semiconductors, p junction and n junction are used for making this Photovoltaic cell. They create a p-n junction altogether (Chaibiet al. 2019).

When these two semiconductors are joined, it creates the electric field and under the effect of it, the negative and positive charge particles move in opposite directions. In that process, it produces electric energy.

Advantages and disadvantages of Photovoltaic Cell

As the solar energy is renewable the source, the sun produces 5000 trillion kWh of energy for billions of years and will continue to do so. It is the best source of energy and is less expensive (Pveducation, 2022). The solar cell is the mediator that helps us in using the sunlight for saving money and the betterment of the environment. However, there are many advantages of Photovoltaic Cell as well as disadvantages. 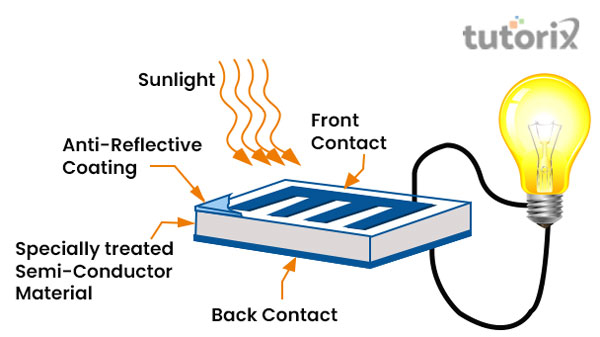 There are disadvantages too, like the efficiency of the solar panels is less than other sources of energy. The presence of the sun is unpredictable, on rainy days and when it is cloudy. If the transmission of solar energy is long-ranged, it is difficult to carry (Energyeducation, 2022). The Photovoltaic Cell or even the whole panels are so fragile that they can be harmed or damaged easily. Most importantly, maybe the maintenance cost is minimal but the set-up cost of solar panels is way more expensive to afford. 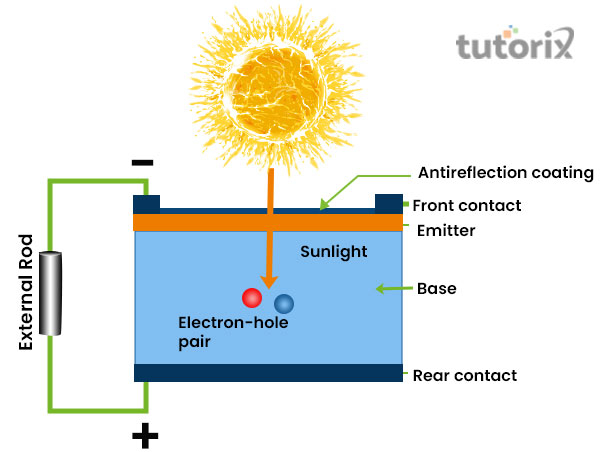 A Photovoltaic Cell is working based on the principle of photovoltaic effects. With the help of this effect, it can convert solar energy into electric energy (Wang et al. 2021).

When the two semiconductors of Photovoltaic Cell is exposed to light it absorbs it and the photons of the light result in free electrons and when they move the electric current is produced. In Photovoltaic Cell the radiation of the light is absorbed and then transformed into the other form of energy that is usable (Pveducation, 2022).

Through the Photovoltaic Cell and panels the solar energy gets the most unable form and most of the time for that process the best material that is used is silicon. As the silicon has the valence of 4 and in that process, the four valence electrons enter the boding with the silicon atoms. With the help of the most intense light, a large number of photons get absorbed; as a result, it exits the electrons that are involved in the bonding.

Photovoltaic Cell also called the Solar cell, is a no mechanical device that can easily convert the sunlight, which is the solar energy, into other forms of energy, commonly electricity. Sunlight is the combination of components like photons and solar energy particles whereas the Photovoltaic Cell is made of materials that are semiconductors by nature. It works in a process with solar energy that ends up producing electric energy.

PV cells are the basic components that make the PV system work. The smallest photovoltaic system can work for wristwatches or calculators, whereas the larger one can provide electricity for a single home.

Q1. How the Solar energy and Photovoltaic cell are connected?

Ans: The Photovoltaic Cell absorbs the solar energy from the sunlight and converts it into electrical energy.

Q2. What are the advantages of Photovoltaic cell?

Ans: There are too many advantages of the Photovoltaic Cell. As it converts solar energy, it does not produce any kind of harmful gases and for that, it can be used in residential areas. The best part of Photovoltaic Cell is they can be low maintenance.

Q3. What form of energy is solar energy?

Ans: Solar energy is renewable energy that is the reason it is an unlimited source of energy.