Albert Bandura proposed the "Social Cognitive Theory" in 1986, stating that we learn when placed in a social world. This theory views people and the environment as active agents who influence each other and are influenced by each other. This theory views people who can influence their behavior, action, and thoughts and are self-influencing. We interact with the environment to obtain fruitful results.

According to Bandura, there are many core components of human agency. Intentionality refers to having some set goals and plans and a set of actions to achieve them. Another feature is the temporal extension of agency, in which people anticipate the likely outcomes of their actions. Agents in this theory are self-regulators who can control their actions and behaviors.

After combining the knowledge of various interactions between the three determinants, psychologists try to understand the superordinate causal system of how all these three factors interact. 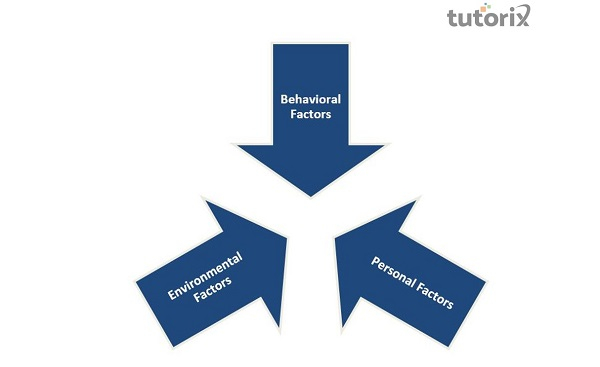 Albert Bandura proposed the "Social Cognitive Theory" in 1986, stating that we learn when placed in a social world. According to Bandura, how people see themselves lies in their concept of Self-efficacy. This theory views people and the environment as active agents who influence each other and are influenced by each other. This theory views people who can influence their behavior, action, and thoughts and are self-influencing. We interact with the environment to obtain fruitful results. Nevertheless, some factors influence one's self-efficacy.

These techniques are based on the idea that information about an individual's unconscious can be derived by asking them to complete sentences or answer certain questions. This information is then interpreted using experts' psychoanalytic theory and other psychological principles. Semi-projective techniques are a very effective method of analysis of personality.

It is one of the common types of semi- projective tests used widely by psychologists to investigate an individual's needs, inner conflicts, conscious associations to areas like self, relationship with father, mother, opposite sex, etc. These tests usually provide the subject with the beginnings of sentences, termed "stems," and ask the subject to complete the sentences by filling in the specific missing word or phrase in meaningful ways

It is a semi-projective study that requires the person being assessed to respond verbally to a semi-ambiguous picture scenario. It is a measure of frustration sensitivity that has been used since the 1960s to assess levels of anxiety and anger in children. This tool aims to see how the participant reacts and responds to frustration and frustrating situations and what implications these responses have on their behavior. Psychologists believe that by observing their reaction to each frustrating situation, one can infer how the individual behaves when faced with frustration. The test offers a series of 24 cartoon-like pictures of situations in which one person frustrates another or requests attention to a frustrating condition. The subject is asked to predict how the other (frustrated) person will respond. The responses given are then used in analysis based on the type and direction of their aggression. The type and direction of aggression are used to analyze responses. The value of this test is built on how the direction of aggression is conceptualized into the following three types

Developed by Karen Machover in 1948, the draw a person test (DAP) aims to assess how an individual perceives the people around them, interaction with their family, and other psychological activities on an interpersonal and cognitive level. It was mainly used to evaluate children and adolescents for various dimensions. However, it is now being used for adults too. It asks the structured subject questions like drawing a person on a sheet of paper provided. Upon successfully completing the drawing, the person is instructed to sketch the image of an opposite-gender individual. Ultimately, the participant is instructed to compose a narrative about the character they drew in a short story or play. Experts and trained professionals then make the interpretations based on: gross details, graphics/detailed position of the neck, the size of the head, omission of any feature, clothing, etc.

In the past, psychologists have used a variety of approaches to study personality, including psychoanalysis and behaviorism. Personality evaluation is the measuring of one's attributes. Assessment results from gathering information to further psychological theory and research and increase the likelihood of making intelligent decisions in practical situations. The assessment technique for personality is based on the idea that the majority of the observed behavior differences from one person to the next stems from differences in the extent to which the individuals possess certain underlying personal qualities

The limited choice in personality inventories has led some researchers and clinicians to prefer projective techniques, in which a subject is shown ambiguous stimuli (like shapes or pictures) and asked to infer meaning from them. Such stimuli allow for a great deal of leeway in projecting one's desires and emotions into them and reacting in whatever direction might seem appropriate. Semi-projective tests are usually more free-flowing, partly structured, quick, and easy to administer and can be used to assess a wide range of psychological constructs. Three main semi-projective techniques are the sentence completion test, Rosenweig picture frustration, and drawing a person. They are useful in assessing a child's unconscious feelings, thoughts, and desires, and it helps psychologists and clinicians better understand a person and help predict their behavior and personality. 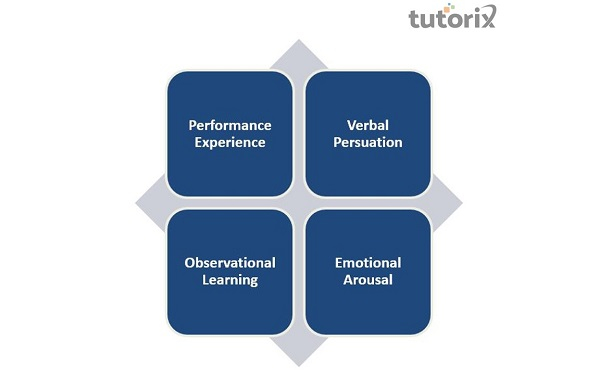 Performance Experiences/Mastery Experiences − This refers to our previous successes and failures concerning the challenges that one has faced. This factor plays a major role in the development of self-efficacy. For example, a student has previously failed his Mathematics exam, so he knows that passing the mathematics exam will be difficult for him in the future. So his confidence in achieving his goal of getting good scores in the exam would not be completed. Nevertheless, if he had passed his mathematics exam, his concept of self-efficacy would increase as he knew that he would be able to score good marks in his upcoming exam. Successful experiences increase self-efficacy beliefs, whereas failures lower them. Failed experience may set back self-efficacy unless it is proved that it would provide some clues or strategies to improve.

Verbal Persuasion − In this, our sense of self-efficacy will increase if others reinforce it. Nevertheless, for improvement, the validation should be provided by "significant others," and it would help one believe they can achieve their goal. For example, a coach encourages a sportsman to do well in their next game by saying, "you got this," and "you can do it." Such statements help instill a sense of belief in one's capabilities. The potential of persuasion depends on credibility, trust, and the ability to persuade.

Observational Learning − This refers to learning by observing a significant other and its outcomes. When people observe behavior and the outcome of that behavior is desirable, they imitate the same behavior, referred to as Modelling. For example, if a child saw a person being rewarded for helping others, they are most likely to imitate the same behavior to get the desired outcome. Observational learning was shown in the famous "Bobo Doll" experiment in which children learned aggression by seeing others. So if one sees another person doing that, they believe that if other people can do it, they can also, thus be instilling a belief of self-efficacy.

Emotional Arousal This focuses on how a person feels during a stressful situation. When a person is in a stressful situation, they go through many emotions, and one major is anxiety and stress. Anxiety is inversely related to self-efficacy as we cannot control that anxiety, leading to a belief of lower self-efficacy. However, if one learns how to control those heightened emotions, then that can be beneficial. For example, students with test anxiety have difficulty giving examinations, which lowers their sense of self-efficacy

Though this theory is widely accepted, there are still some difficulties in generalizing this theory. Primarily, it does not consider situations like when there is no model to imitate during observational learning. Additionally, this theory focuses too much on the external situations and not internal dispositions which can influence one's personality. A situation can guide behavior, but internal disposition also influences how we react to situations. It is not a fully unified theory and cannot be generalized, ignoring the influences of emotion, motivation, and conflict.