Simple harmonic motion can be defined as a periodic motion of a particular point in a straight line like its acceleration is to the fixed point of that line and its acceleration is directly proportional to the distance of it from a particular point. On the other hand, Uniform Circular Motion denotes the motion of a particle that is moving at a perpetual speed along the circular path. In this case, the speed of the particular component remains constant but its velocity. It can be said that if the particle moves by maintaining circular motion, then its projection will be said to move in the simple harmonic motion.

What is Simple Harmonic Motion?

The simple harmonic motion refers to the repetitive moment of particle back and forth within equilibrium; position to achieve the maximum displacement of one side of the position of this particular particle is equal to the maximum displacement on another side of that particle. The interval of the time of each substance remains the same (Narinder, Bechinger & Gomez-Solano, 2018).

According to Nuryantini et al. (2020), the force which is responsible for the motion is directed to the equilibrium position and the farce is straightly proportioned toward the distance from it. The formula is 𝑭 = −𝒌𝒙. Here, R indicates the force, x represents the displacement, and K stands for constant. This relation is further name Hooke’s law.

What is Uniform Circular motion?

Simple harmonic motion and uniform circular motion are the two important motions that measures the motion of a particular component. As opined by Suleiman (2018), the figure is presented below to have a better understanding of these two circular motions. 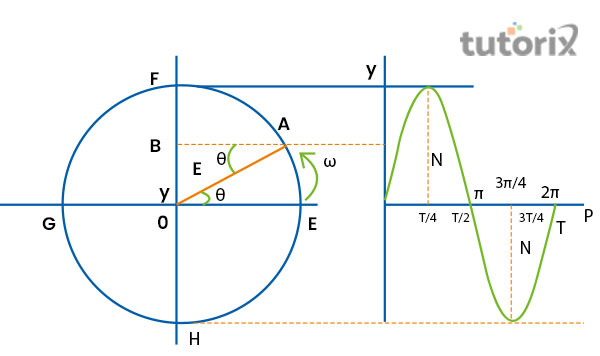 Here, particle A moves through a circular path and B lies on the FOH diameter. Diameter FOH oscillates along with the diameter FOH,

Therefore the velocity of the particle,

It indicates acceleration of particle is proportional to the displacement, thus motion B indicates simple harmonic motion. O indicates equilibrium position, and F and H denote end position. P indicates generating point. The Circle is named as reference circle and the particle calls the reference particle. It is noted that particles upon completion of 1 rotation along EFGHE, then endpoint B completes its motion along diameter OFHOHO and then returns to its former position.

When a particular object moves back and forth by the marinating at the same time, then it is called simple harmonic motion. As opined by Afandi (2018), the motion of the pendulum of clocks which moves to and fro constantly. The pulling of the simpler pendulum refers to the Simple harmonic motion. When a pendulum is pulled and then released from the equilibrium position, it moves in a vertical plane due to the gravitational influence.

The movement of the planets that revolve around the sun is one of the prominent instance of uniform circular motion. The planets follow a fixed circular orbit and it acts as the boundary of the circle. Sunset is placed in the center of the circular path. The motion of electrons around the nucleus of an atom, the whirl of windmill blades, and the whirling of giant wheels are some practical examples of Uniform Circular Motion. 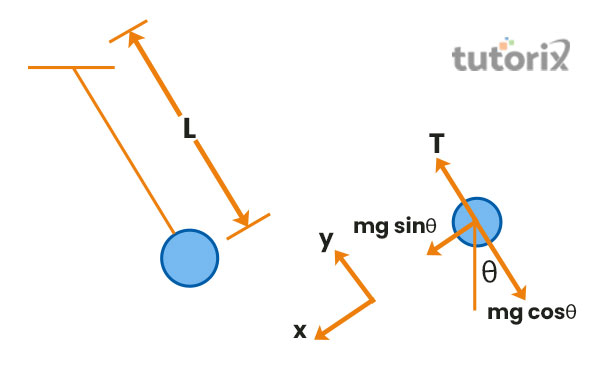 Q1. Which circular motion can be explained by running on the circular track?

Ans: Uniform circular motion could be described through it. The athlete when he runs along the circular track he or she supposed to exhibit circulatory motion as the particular movement of that athlete is equidistant from a central point of the track.

Q2. What is the importance of Simple harmonic motion?

Q3. What is the formula for oscillation frequency?

Q4. What is the significance of Simple Harmonic motion and Uniform Circular motion?

Ans: These two harmonic motion is essential to understanding the motion and movement of the particles. These two motions play an important role in the acceleration of the substances. The movement of various movements can be described by the implementation of these two motions. Simple harmonic motion happens when an object is forward and backward in an equilibrium position. It acts under the restoring force which is proportional to the displacement of that particle.