An important International system of measurement is regarded as an SI unit. In terms of any technical as well as a scientific research area, SI units are used widely. Any kind of confusion within units of quantities can be avoided with proper SI units. Having knowledge about SI units is helpful as a particular set of unit systems can be understood properly with this. In physics, there are various types of quantities that need to be expressions with some units. All kinds of quantities are classified into two significant groups namely base units and also derived units.

Each SI unit possesses significant symbols and unit values. A total of 7 base SI units are associated with physics. Unit of length is measured by the SI unit ‘Meter’. The symbol of this SI unit is m. The value of this unit is around 39.37 inches. Smaller units such as millimeters and centimeters are derived from this unit (Kalinin, 2019).

Another important SI unit is ‘Second’ which the unit of time is. This is a constant value of frequency related to cesium. The symbol of this unit is s. SI unit of mass is important to present the value. 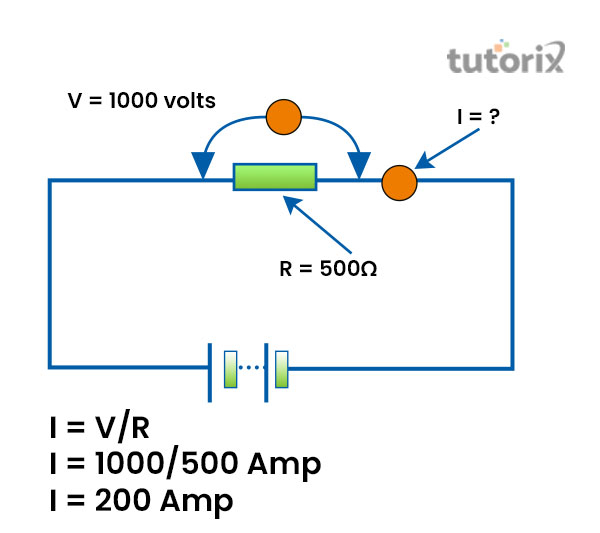 SI unit of electric current is another important unit which is presented by ‘Ampere’ and the symbol is A.

A constant value of the elementary charge is associated with this (Setiyadi et al. 2019). In the presented figure value of V is mentioned as 1000 volts and the R is 500 Ohm. As calculated the value of force is mentioned as 200 Amp.

In this equation, the SI unit of electric current ‘Ampere (amp)’ is used. This range is presented as mol-1.

There are some units available that are derived from the base SI units and these are named derived SI units. Different dimensions can be expressed by using these SI-derived units. Some of the most important derived SI units are Newton, Volt, Hertz, radian, joule, becquerel, lumen, and many others (Fanton, 2019).

SI unit, Newton is of weight and force. This unit is expressed in SI base unit as kg.g.s-2. There is no such SI unit available for force and weight. 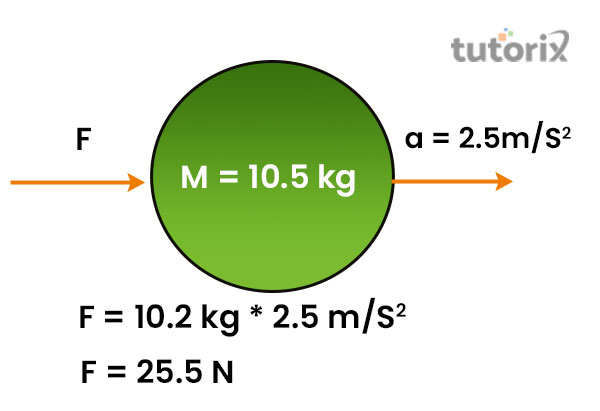 In the calculation where the force is to be extracted, the value of M (Mass) and A (acceleration) is to be multiplied. As a result, the mass value of 10.2 kg and acceleration value of 2.5m/s2 is multiplied. The value of force is extracted as 25.5 N in which the SI unit of force, newton is used. Another derived SI unit is volt which is related to electric potential and in base SI form; it is expressed as kg.m2.s-3.A-1.

The derived SI unit of frequency is Hertz which is s-1 in the base SI unit (Landim, Carvalho & de Oliveira, 2021). SI unit of angle is Radian. The symbol of this unit is expressed as Rad and its value in base SI is m.m-1. Joule is the derived SI unit of work, heat, and energy. All these areas and qualities are expressed by using Joule, as a SI unit.

‘Candela’ is the SI unit of luminous intensity. The constant value of efficacy in luminous is associated with this and the symbol of this SI unit is cd. ‘Mole’ is another SI unit that s used for presenting the amount of substance. The value of an Avogadro constant is known as 6.02214076* 1023. The value of this in the base SI unit is kg.m2.s-3. Barquel is another important derived SI unit, used for radioactivity (Martin-Delgado, 2020). The symbol, used for this SI unit is Bq and its value is s-1 in base SI. Lumen is the derived SI unit of Luminous Flux. Its symbol is Im and in SI base value is cd.

Q1. Which three Units are mostly used in the time of measurement?

Ans: The mostly used three units of measurements are CGS, Si, and MKS systems. All of these three units are significant in presenting the associated value of some base quantities.

Q2. What is the other name of the SI unit?

Ans: Another name for an SI unit is a coherent system of units. An individual can choose several base units that are associated with different fundamental quantities.

Q3. How many base SI units are there and what are they?

Ans: There are a total of seven base SI units. These are Kilogram, Ampere, Second, Metre, Kelvin, Candela, and Mole.

Q4. What is the significance of coherent derived SI units?

Ans: A relevant series of units that are derived from the base SI units help in representing significant quantities. Some of the derived SI units are radian, Coulomb, Hertz, Pascal, Joule, Steradian, and many more like that.