In a shell model, the basic structure of a particular nucleus is demonstrated. According to this model, the neutrons and protons are situated in separate and different systems of shells. Significant analogous of a shell is also an important part of a shell model. At the outside of a nucleus, electrons are found.

The basic assumption of a shell model

The base of the structure of a shell model is dependent on the fact that associated with the nucleus. According to a shell model, nucleons that are already situated in a nucleus remain in a definite state. This state is related to angular momentum and energy. Some of the nucleons move in orbit (Shimizu et al 2019). The notion of these nucleons is odd in nature. A strong interaction is also found within this particle system.

Structure of a nuclei shell model

In order to attain greater stability, the shell model and its structure are important. The arrangement of electrons, available in a nucleus is explained with this model. At the time when a particular shell is filled, the state of the nucleus becomes unusually stable (Hindmarsh & Hijazi, 2019). Each shell possesses a different capability. 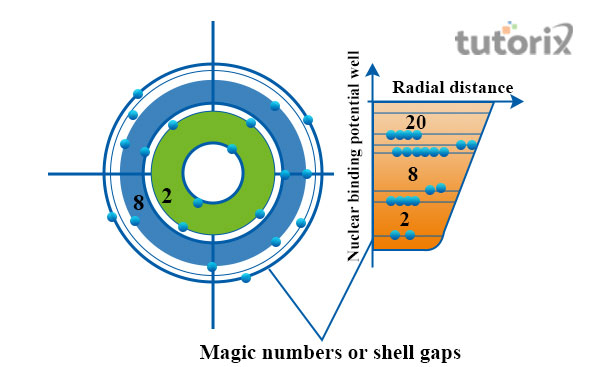 The two most important compounds, possessing magic numbers are 208Pb and 40Ca. In these two compounds, a magic number of both protons and neutrons are available and as a result, exceptional stability is found in these nuclei (Stroberg et al. 2019). These compounds are also known as “doubly magic”. There are a total of 6 designation shells in a model and these are K, L, M, N, O, and P. The range of electrons of the P shell is 72 and of O is 50.

The total number of nucleons that are present in a singular nucleus is known as the magic number. In the nucleus of a singular atom, the magic number corresponds. The nuclei, possessing a closed shell are found to have a tight bond to the atom. At Z or N, the closing of shells is found to occur (Giesel, Li & Singh, 2021). The nuclei, having an even number of neutrons and protons are more stable in nature than the nuclei with an odd number of neutrons and protons. Doubly magic nuclei are stable and 2He4, 20Ca40, and 8O16 are the three most important among these.

The momentum is modified at the time when a paired and a single nucleon get excited. This can happen out of the bottom state and result in modifying the nucleus’s momentum. The reason behind this modification lies in the particles’ parity and projection of isospin quantum numbers (Yoshida & Shimizu, 2021).

A shell is very important as it helps in describing each significant proportion of energy. The energy may be required for maneuvering nucleons from a single orbit to some other orbit. A shell model is helpful in understanding the process of changing quantum numbers. 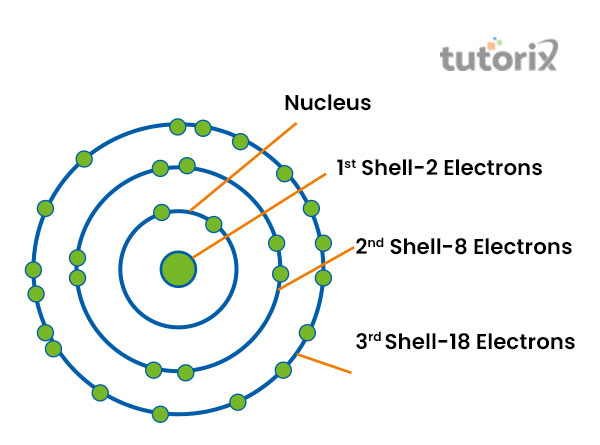 The atomic shell model is important as it helps in explaining the structure of an atom. The atomic numbers are also defined as the total number of electrons, available in an atom. Electrons occupy some of the diffuse shells in a particular space. This is surrounded by

Limitations of a shell model

The difference between wave functions of a shell model and the real state of a nucleus is an important limitation of a shell model. The large value of each significant quadruple moment that is seen in almost all nuclei is very difficult for explaining (Coraggio et al. 2020). The application of interaction regarding strong-spin is mostly difficult by using this method. A very limited application is available for a shell model.

Q1. What is the holding capacity of the M shell?

Ans: The M range within a shell possesses the capacity of holding 18 electrons. The structure of a whole nuclear is dependent on this range and electron holding capacity.

Q2. Which formula is the most significant one, used in calculating the electron capacity of a shell?

Q3. What is the sequence in which the electrons occupy all shells?

Q4. What is explained by the model number of an atom’s shell?

Ans: The model number of a shell is important as it explains the particular arrangement of electrons that are present in a nucleus. Based on the energy levels the model number changes and creates new components.