Currently, more detail is needed for the three parts of the body kinds. The initial model developed by Sheldon classified people into three distinct physical features. They defined these opposites as chubby or round, strong or squared, and slender or linear, with the middle grounding all these characteristics. Something we currently call somatotyping may be traced back to Sheldon, who used this method to classify and categorize his data based on their type. To begin, Sheldon penned four volumes on the subject, and the following may be inferred from them: "Taken as a whole, these volumes provide three distinct types of advice: practical how-to, weighty theoretical discussions, and hopeful gospels of redemption."

What does Sheldon’s Constitutional Theory Explains?

Sheldon classifies people into the elongated body, muscular and obese person categories, depending on their body shape. In his opinion, endomorphs are laid-back and gregarious, mesomorphs are energetic and forceful, and ectomorphs are shy and reserved. Most individuals have a combination of related concepts, but the optimal number is three. Ernest's constitutional philosophy profoundly impacted Sheldon. That used a similar system, Ernst looked for links between physical type and psychological disorders. 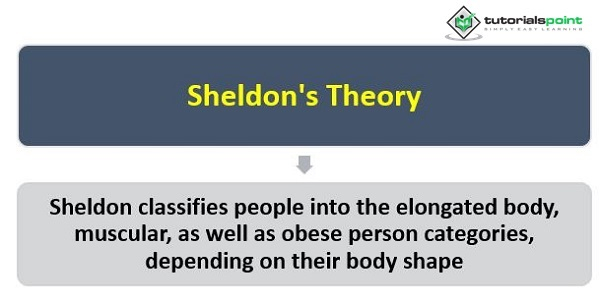 Sheldon classifies people into the elongated body, muscular and obese person categories, depending on their body shape. In his opinion, endomorphs are laid-back and gregarious, mesomorphs are energetic and forceful, and ectomorphs are shy and reserved. Most individuals have a combination of related concepts, but the optimal number is three. Ernest's constitutional philosophy profoundly impacted Sheldon. That used a similar system, Ernst looked for links between physical type and psychological disorders.

In comparison, Sheldon paid greater attention to the individual's character. There have been serious problems with somatotype investigations since Sheldon's time, including misleading outcomes, limited sample numbers, and contradictory conclusions. Nonetheless, somatotype became popular during this time and was used in the mid-1960s by those trying to accurately describe people based on their physical traits. Somatotype may be debunked, yet it is nonetheless influential on people's assumptions about others' personalities. When individuals are asked to rate the personality of persons with distinct physique types, this might introduce bias into the research.

Sheldon suggested categorizing human bodies based on the relative amounts of three components. Just after three embryonic germ divisions (endothelium, which creates the digestion process; mesoderm, which generates the musculature, cardiac, as capillaries; and ectoderm, which produces the surface as well as neurological scheme), he coined the term "somatotype" to describe these groups. 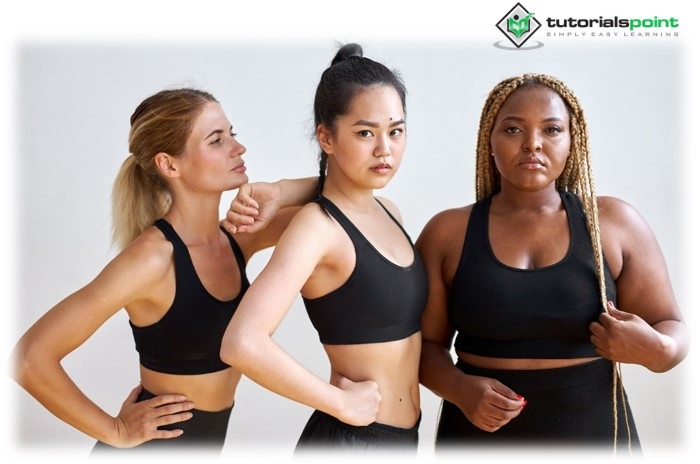 Constitutional psychiatry is an effort to rationalize temper, personality, and other mental qualities regarding physical makeup and functioning. Constitutional psychiatry is the overarching discipline that includes and affects the formation of somatotypes. In the field of constitutional psychiatry, Ernst was indeed a pioneering figure. He worked as a psychotherapist for the military during Great War I, leading a team that helped troops overcome battle neurosis, sometimes known as "radiation sickness." According to him, those with battle neurosis only reacted following their basic instincts. Because of a reversion into a more primal and infantile level of behavior, the body exhibited these responses and responses. When the First Great War ended, he studied the correlation between physical makeup and personality.

Further, he explored the links between mental illness and physical makeup. According to him, a user's foundation is the sum of their innate qualities. Phenotypes, including physical appearance, personality, and behavioral tendencies, result from complex interactions between a person's hereditary genotype and environmental context, and this explains why these three phenotypic features were interconnected. Following Sheldon, he categorized people into the pyknic, leptosomic, and athletic categories of body type. If one asked Kretschmer, he would tell one that most individuals were a strange hybrid of the above. He made a connection between physical appearance and a variety of mental illnesses. People with athletic bodies were far more prone to epilepsy, while those with psychotic episodes were likelier to have leptosomic.

The claim that physical and psychological qualities are intricately tied indicates a favoring of modern genetics since it is generally known that physical features are related strongly to hereditary variables. Given the optimistic environmentalism of American psychology, it is hardly unexpected that such an idea has yet to garner much acceptance. Scientists in the United States of Britain have, it does seem reasonable to say, generally ignored an advanced form of factors related to the person's physiological descriptions. In light of this general lack of interest in or even open antagonism against the idea that there could be significant correlations between institutional and operational features, the contributions of William. Sheldon is particularly noteworthy. While many people have contributed to this field throughout the years, it could appear shortsighted to place so much emphasis on the efforts of one individual.