Shear Modulus of elasticity refers to the mechanical properties of solid objects. Other types of elastic moduli are Young’s modulus and bulk modulus. These particular modules provide a ratio of the shear stress in respect of the sheer strain of a mechanical body. The Pascal or Pa measures the Shear Modulus Elastic Moduli, which is the SI unit of this property. The dimensional formula of the shear modulus refers to M1L-1T-2. Shear modulus is generally represented by G. F denoted the applied force to the objects and Ac stands for the crosssection area of the object perpendicular to the force that has been applied. 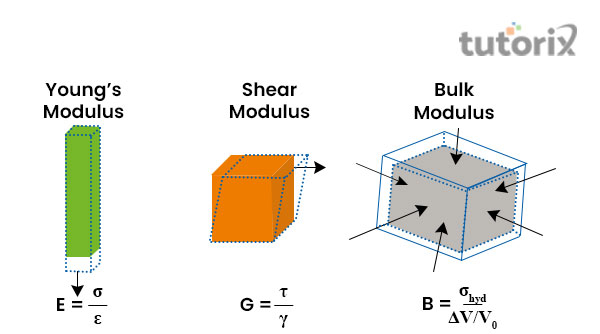 The different types of elastic constants are bulk modulus which is presented by the symbol of K. Young’s modulus or modulus of Elasticity that is denoted by E (Adhikari, Mukhopadhyay & Liu, 2021).

Poisson’s Ratio is specified by µ. Among these types Shear modulus or modulus of rigidity is the most important as this represents the perfect ratio of shear strain and shear stress.

The SI unit of the Shear modulus elastic moduli is Pascal which is abbreviated as Pa or N/m2 (Adhikari, Mukhopadhyay & Liu, 2019). 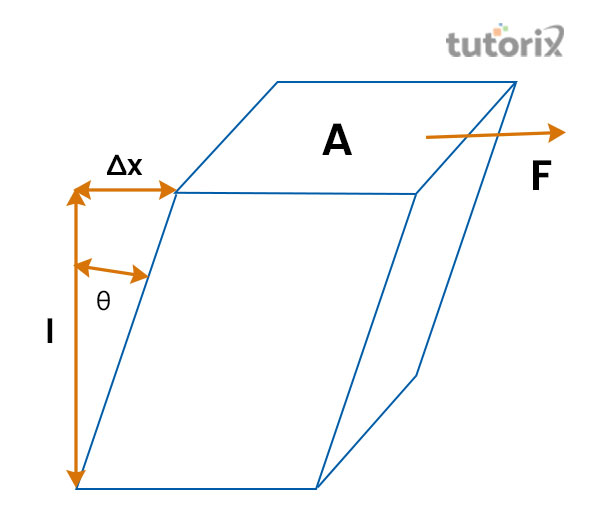 Table : A comparison of Modulus of Rigidity and Modulus of Elasticity 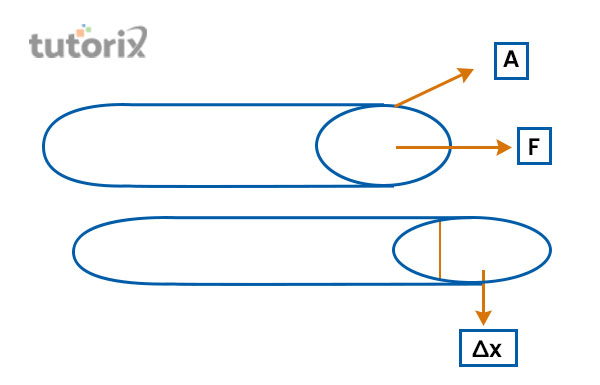 Shear modulus is also known as the modules of rigidity as well as shear modulus of elasticity which represents the ratio of a triangular force that is calculated as per unit in terms of the applied area to the machinery body that resulted from the tangential strain within the limitation of elastic. The modulus of elasticity is one of the principal features in the process of calculation in terms of deformation that is produced by the provided stress system that acts on the objects.

Q1. What is the relation between the rigidity modulus to other types of elastic moduli?

Q2. What happens in case of shear force is increased?

Q3. Which object is with the highest elasticity level?

Ans: Several metals consist of higher elasticity levels but steel is the material that has the highest elasticity. Examples of dimensionless quantities are the ratio of Poisson and the strain.

Q4. What is the relation between Modulus of Elasticity and Shear Modulus?

Ans: G denotes the modulus of rigidity of an object and the E is the abbreviation form of modulus of elasticity. The relation between these two can be presented with the formula of E = 2G (1 + μ) and the measurement process is based on the Pascal or Pa which is the SI unit of these.