In the current era, terminology such as sadism has become quite common. We use it in our speech as a sarcastic comment or purely fun. We know that the common lingo is to describe somebody who thinks of maligned ways to get back at somebody, finds happiness in others' suffering, or/and provides a blind eye to others' agony. Nevertheless, when the sexual connotation is added to the terminology, what might it entail? 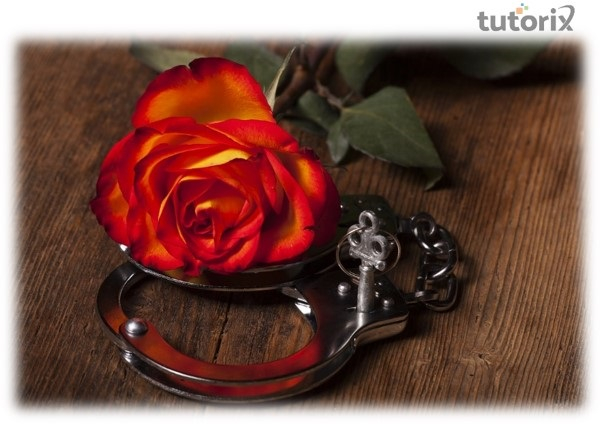 Sexual sadism is the infliction of psychological or physical pain (such as shame or fright) on another person to elicit arousal and orgasm. Sexual sadism that results in considerable distress, significant functional impairment, or is performed on a nonconsenting individual is referred to as sexual sadism disorder. Individuals experiencing sexual sadism disorder act on their strong urges or have crippling or upsetting fantasies with sadistic sexual overtones.

Although mild sadistic sexual behavior is a common practice among consenting adults, it is typically limited at best, is not detrimental, and fails to satisfy the clinical diagnosis for a paraphilic disorder, which call for a person's behavior, fantasies, or intense urges to cause significant clinical emotional turmoil or functional disability or harm to others. Sexual sadism is a type of paraphilia. However, for other people, the behaviors worsen to the point of causing injury. The degree to which sadism becomes pathogenic varies.

Most frequently, sexual sadism disorder is identified through required psychological therapy after an offense on a non-consenting individual or people. Another way to diagnose sexual sadism illness is to self-report troubling urges, fantasies, or behavior to a mental health provider.

Many people who get sexually excited when they physically or psychologically ruin someone do not feel distressed by this enjoyment or execute these impulses with reluctant subjects. The criteria needed to label these desires as a psychological condition may have been satisfied for those who encounter discomfort at the origin of their arousal.

Certain factors specified in the Diagnostic and Statistical Manual of Mental Disorders, Fifth Edition (DSM-5) include −

When three or more victims have been involved in sexual misconduct comprising the infliction of pain, or when a single victim has been the target of numerous incidents, sexual sadism disorder is often diagnosed. Sexual sadism disease does not apply to consenting to hurt someone else during sexual play. Unless the victim's pain is correlated with the perpetrator's level of sexual arousal, rape or sexual assault without the intentional infliction of pain is not associated with the sexual sadistic disorder.

A repeated and severe sexual arousal from another person's physical or psychological pain, as shown by fantasies, desires, or acts, is the prime requisite for sexual sadism disease. Sexually active adults may indulge in consensual "rough sex" or be excited by sexual actions that cause pain. Such stimulation would not be categorized as a mental disorder if there was no obsession, mental discomfort, or unintentional pain inflicted on another person. Individuals with sexual sadism disorder may be unable to regulate their imaginations, impulses, or behaviors and frequently only be able to arouse whenever the imposition of suffering is present.

People are referred to as "admitting persons" when they openly declare having a strong sexual interest in cruel sexual acts. People are only diagnosed if they express anxiety or psychosocial problems related to their sexual desires or if there is evidence in their legal history that they have carried out these urges. Despite denying having sadistic sexual desires, those with a history of torturing numerous non-consenting people may be labeled with sexual sadism illness.

Young adults are often when sexual sadism condition first appears. In one research on sadistic guys, the average onset age was 19.4. Growing older is expected to reduce this disorder in the same way it does other paraphilic disorders. Studies suggest that sexual sadism may be associated with temporal lobe anomalies, but additional evidence is required before any firm conclusions can be drawn. There is no concrete proof concerning what causes or prompts sexual sadism. Although sexual sadism disorder may be diagnosed alongside other psychiatric conditions, this does not prove causation.

Following are the major methods of treatments − 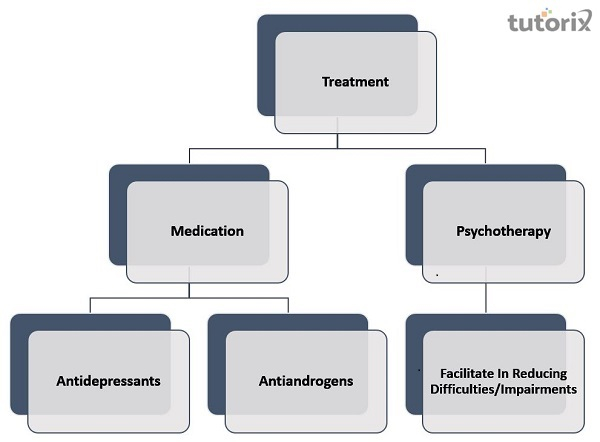 Unless they result in considerable disability, suffering, or threat to oneself or others, sexually sadistic inclinations do not need to be treated. Psychotherapy is a popular treatment for people who incur difficulties or impairments as a by-product of their sexual desires, impulses, or conduct. When used in conjunction with therapy, some drugs have been demonstrated to be useful in lowering the compulsive behavior linked to sexual sadism disorder. Certain groups of medication that help is −

Numerous sexual sadists have recurring fantasies in which their partners' pain, whether with their agreement or not, results in sexual excitement. Sexual sadism is illegal when performed with unwilling partners and is probable to continue till the sadist is caught. However, rape, a complicated combination of rape and dominance over the victim, is not the same as sexual sadism. Only 10% of rapists have sexual sadism identified, whereas 37 to 75% of those who commit homicide for sexual reasons do. The danger of sexual sadism increases when it coexists with an antisocial personality disorder, and any type of psychiatric treatment is particularly unresponsive to this constellation of diseases.