A Scintillation counter is basically an instrument that assists in detecting the radiation. Scintillation is mentioned as the flash of light that is created by transparent material because of the passage of subatomic ions, electrons, photons or alpha particles. Scintillation is a huge part of the detector and it ideally comprises Scintillator and photodetector.

A scintillator helps in releasing the light when the particles of high energy hit it. The energy of the released light pulse is directly proportional to that particle which strikes the scintillator. A photodetector in the Scintillation counter assists in converting the electrical light to a signal in order to operate the signal.

What is a Scintillation counter?

Scintillation counters are broadly utilised in case of radiation protection, physics research and an array of radioactive materials. Scintillation counter is created inexpensively with better efficiency and can calculate both the energy and intensity of incident radiation. For instance, hospitals located in all nations possess gamma cameras relied on the impact of scintillation. 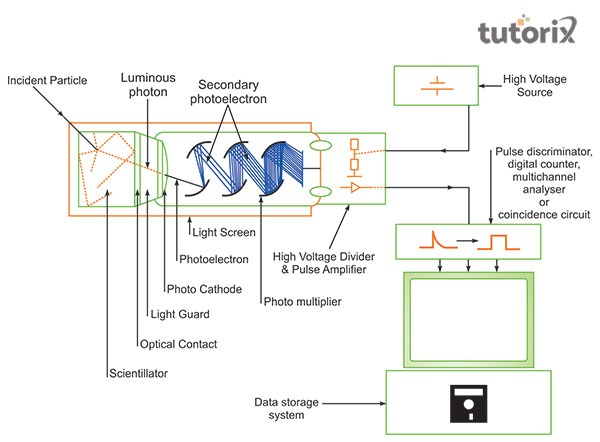 Scintillation counters is extremely beneficial through their effectiveness, counting rates and high precision that are possible. The pulses created are detected in the traditional electronics circuit after proper amplification. As opined by Kotapati & Bates (2018), in scintillator counters, the pulses created by the particles of alpha were spotted by the phosphor, ZnS with the effectiveness of 100 per cent. A scintillation detector or counter is received when scintillation is integrated into the sensor of electronic lights such as a photodiode, photomultiplier tube and CCD camera. 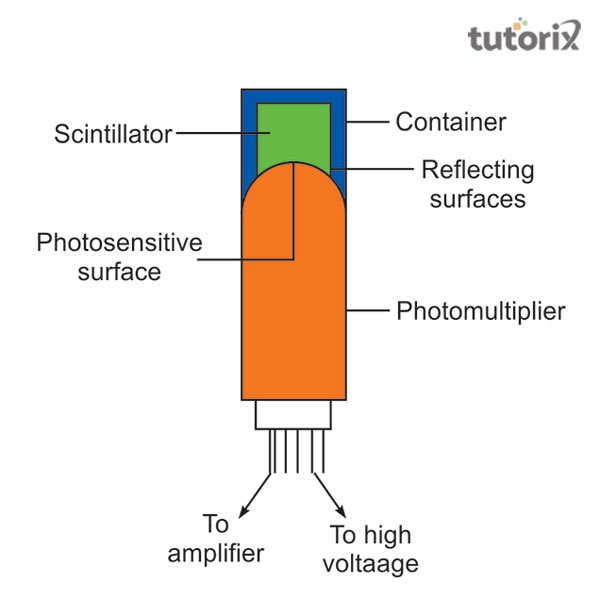 Difference between scintillation and Geiger counter

The major differences between Geiger counter and Scintillation are mentioned in the table below.

Q1. What are the advantages of the Geiger-Muller counter?

Ans. It can count the exact rate of gamma, alpha, and beta particles and also the cosmic rays. It has a higher rate of output pulse and that is why the amplification required is very subtle.

Q2. What are the advantages of the Scintillation counter?

Q3. Why is the Geiger-Muller counter useful?

Ans. GM is used as an electronic device for measuring and detecting the ionizing radiation. It is commonly used in devices like radiological protection, radiation dosimetry and in the tool used in the nuclear industry.

Q4. What causes the Scintillation?

Ans. Scintillation is caused due to tens of meter to tens of km (small-scale) structure in the ionospheric density of the electron. This density of electron is structured along with the signal path density and is the result of refracted interference or the result of scattered or diffracted waves.