Schizophrenia is a debilitating disorder that manifests unusual features, which can often be scary and stigmatized by society. There is a detailed enumeration of this disorder's subtle signs and symptoms in various classification systems of psychological disorders. The defining feature of this disorder is psychotic symptoms. Before understanding the signs and symptoms of the disorder, it is imperative to acknowledge that psychosis-like symptoms and bizarre experiences are not always abnormal and thus may occur in the general population as well. The threshold for abnormality is decided by the duration, severity, and impairment caused by the disorder.

Positive and Negative Symptoms of Schizophrenia

The derailment, modification, or assumption of a new parallel reality seen in psychosis can be seen in Schizophrenia as well. Generally, Schizophrenic symptoms are classified into positive and negative symptoms based on an individual's excess or deficit of different modalities. These symptoms are then further divided into subtypes indicating impairment in different spheres of life. These are discussed in the upcoming sections:

Positive symptoms are exaggeration and excess of cognition, behavior, emotions, and physiology, implying a modality's presence or increment. Many positive symptoms have been observed in schizophrenic patients, some of which are discussed below.

Delusions: Delusions are erroneous and untrue beliefs and cognitions that do not hold evidence and thus contradict reality. Patients maintain such beliefs despite the presence of contradictions in their environments. There can be many kinds of delusion.

Hallucination: These positive symptoms manifest in the form of false sensations and experiences without any such external stimuli. These can be observed in any sensory modality and are therefore classified as follows: 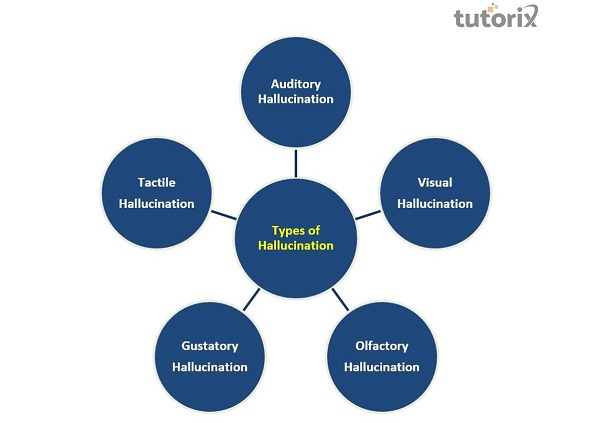 Disorganized speech: These symptoms are manifested in the form of impairment in speech, which is often indicative of dysfunctional thinking. Its manifestation is as follows:

Negative symptoms imply the absence or deficit of a modality like cognition, emotion, behavior, and physiological activities. These have also been classified into several types, which have been enumerated below: 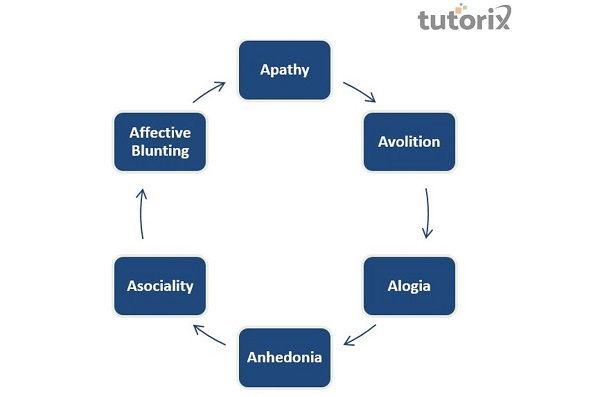 Beyond the classification of positive and negative symptoms, some other signs of Schizophrenia have also been identified. These include social withdrawal, depressive symptoms, increased suspiciousness, lack of personal hygiene, expressionlessness, lack of emotional expression, insomnia or oversleeping, forgetfulness, irrational and odd statements, and extreme reactions to criticism. Doubtlessly, Schizophrenia is a very chronic psychological disorder with a very subtle manifestation, diagnosis of which is difficult. Nevertheless, adequate knowledge of these is important for clinicians and common people to identify and help those suffering from this debilitating disorder.