Relation Between Kg and Newton

The units of the kilogram and Newton are ubiquitous in their uses, but they are used to measure very different aspects associated with the subject of physics. However, in order to know the relationship between the units of kg and Newton, one needs to have an idea of the unit. A unit is stated to be a device that is invariably used in defining the standards of measurements of several physical quantities. It is used for the specified function of forming a relationship of the standard values. In many scientific experiments, the notions of units are essential in positing a relationship among the several quantities used.

Unit is defined as the fixed or standard aspect that is used as a part of the measurement of physical quantities. They have several forms associated with them, adding to the unit value for homogeneous products (Haug, 2022).

However, this magnitude of quantity is adopted by the law and helps in providing a measurement of the same kinds of materials. Value is determined by the usage of units. Units are used to measure several aspects such as, weight, length, capacity, temperature, and time (Haug, 2018).

Definition of kg with respect to weight

According to the International System of Units (SI unit), Kilogram or (kg) is a unit that is used to measure mass associated with an object. This unit used for measuring mass is one of seven fundamental units that are found to be used in the field of physics (Newell & Tiesinga, 2019). This is interesting to know that the fundamental unit, kg is an independent quantity. Kg is used as a basic unit within the system of metrics and 1000 grams determine 1kg.

The unit of Newton is quite specific to the field of physics as it is used to determine the measurement of force. This force is required to provide acceleration to the concerned objects (Splashlearn.com, 2022). Without breaking any principles, in the field of physics, every unit is related to the other unit with the help of conversion conducted among the units of several kinds. However, it is also determined as the force that accelerates an object having a mass of 1 kg and by 1 m/s2 in a particular direction. This direction needs to be similar to the direction in which the force has been applied. It is noticed that the 1 Newton is determined to be equal to the 100,000 dynes (Thoughtco.com, 2022). This is noted that dyne is the unit of force, in the (CGS) or centimetre–gram–second system of units'', whereas Newton'' is stated to be the SI unit measuring the notion of force.

Both the units of kg'' and Newton’’ are intricately related to each other within the field of physics. Before defining the relationship between the kg and Newton one needs to realize the definition of force. The force is defined as the strength or energy or the pull or pushes exerted on an object that causes the concerned object to shift its position (Lexico.com, 2022). The change of position can also be stated as a change in velocity. The formula for force is, mass multiplied by acceleration. This formula can be expressed as, 1 Newton = 1Kg x 1m/s2 . Therefore, it can be stated that the unit of Newton is directly proportional to the unit of kg (Cuemath.com, 2022). However, this condition is applicable, only when the concerned object is said to be having, negligible mass or mass which is less compared to the force in the units of Newton (Unitconverters.net, 2022). This results in lower the measurement in Newton. In addition to these, if the object is considered to be heavy then the force required will also be more.

Figure 1: Relation between kg and N 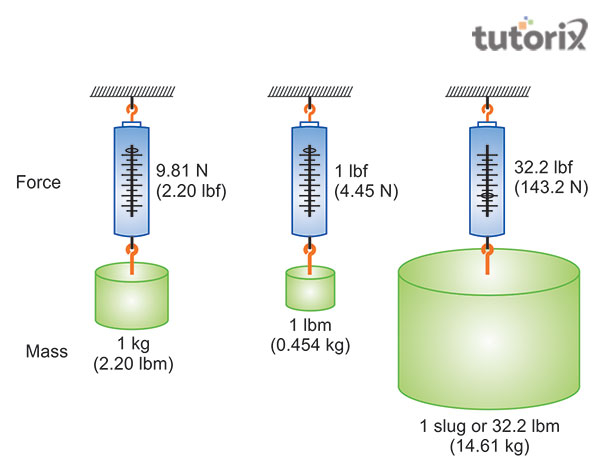 Figure 2: Conversion of kg and Newton

In mathematically expressing the relationship between the aspects of mass and force or kg and N can be defined best with the support of a mathematical expression. For example, how is the mass of an object expressed in kg that weighs 40 N. However, this can be easily stated as, the relation of kg and N is 1 Kg = 9.81N, therefore, 1 N is equal to 0.102 kg. That results in, 40 N which is equal to 40 * 0.102 kg. Therefore, the answer is 4.077 kg. 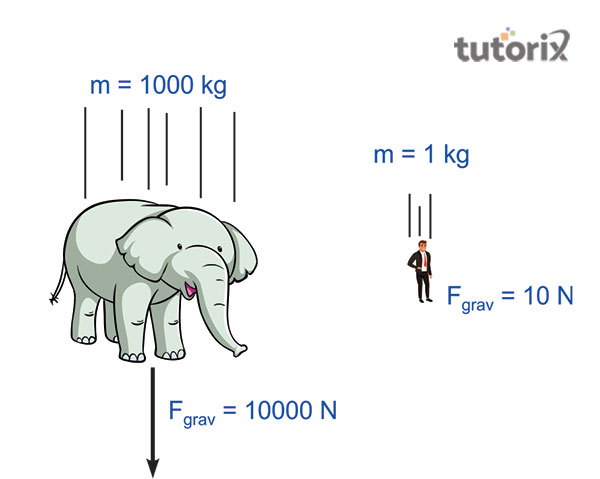 Figure 3: Conversion of kg and Newton

In this tutorial an in-depth idea is being stated that determines the relationship between the units of kg and N. Both of these units are considered to be standards for providing a measurement of mass and force respectively.

Q1. Under which system N is defined?

Ans. N is defined by the system of SI'' or ``International System of Units. This unit is used to calculate the force.

Ans. 1N of force can be defined as the mass of 1kg '', having an acceleration of 1m/s2. However, the mass of the object is considered to be negligible.

Ans. The value of 1kg is defined as, 9.8 in the unit of N or Newton in the field of physics.