In this tutorial, information regarding the properties of waves such as phase velocity and group velocity will be discussed with proper exemplification, in physics, the wave can be defined as a mare disturbance identified on a plane surface.

Based on this concept, the definitions of group and phase velocity will be discussed in this tutorial. Along with this, the tutorial will include the relation and the differences that have been shared between these two properties of a wave.

What is group velocity? 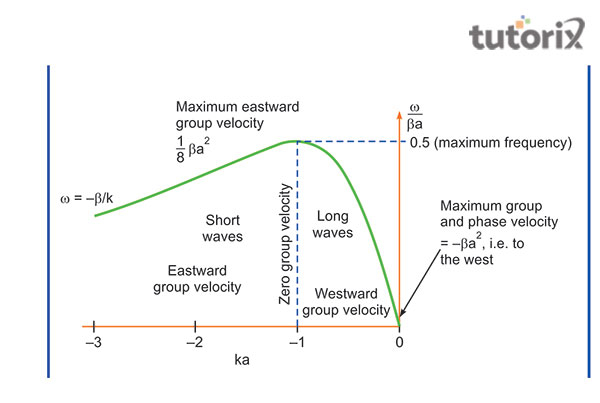 The group velocity of waves can be explained as the velocity of the overall envelope shape that exhibits the amplitude of the wave while propagating through space. In accordance with the terminology of quantum physics, a “wave packet” is obtained by different waves with different amplitudes and numbers (Sciencedirect, 2022). The velocity of the phase of the wave while travelling through the spec or any wave packet. The example can be derived based on the above figure, where the point A of the wave travels with the “phase velocity” that can be mathematically represented as “vp=ωk” (Jin & Gaherty, 2019).

However, in a “wave packet”, it has been seen that the envelope travels with the velocity of the “group waves”. In contradiction, it has been observed that the carrier wave travels in a wave packet with “phase velocity”. Based on these contradictions the mathematical formulations are also different for these two components of wave. The formula of group velocity is “vg= dω/dk = vp+ k dvp / dk”, whereas, the formula of phase velocity is “vp= ωk = λf ”. 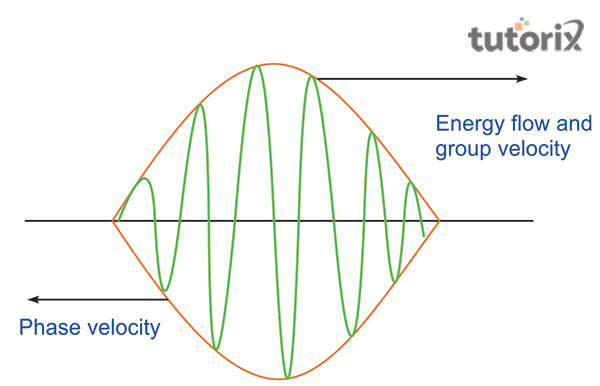 Based on this relation it can be stated that both the components of the waves are interdependent to each other.

The mathematical relation between phase velocity and group velocity

In order to have the amplitude of the wave packet, it has been assumed that ω is considered as the angular velocity given by “ω = 2πf”. K is representative of the angular wave number given by “k = 2π / λ” and the letters t and x represent the time and position respectively. Based on the first equation “ω = kVp” the value of k obtains is “dw / dk = Vp + k (dVp/dk)”. Based on this the obtained equation is “Vg = Vp + k (dVp/dk)” which displays the direct relationship between phase and group velocity.

The present tutorial has shed light on the conceptualisation of the “group velocity” of waves. Furthermore, the “phase velocity” has been interpreted as the rate of “propagation of waves” in any medium. The tutorial has included the core difference between these two “properties of waves” have been stated that in a “normal medium”, the “phase velocity” is higher in comparison to the “group velocity”. The relationship that has been formed between these two properties is that these two properties of wave are “proportional to each other”.

Q1. In the context of “phase velocity”, define the “dispersive” and “non-dispersive sinusoidal waves”

Ans. In the case of dispersive waves, referring to the “phase velocity”, the speed and velocity of the waves are functionally different whereas in “non-dispersive waves”, the frequency remains different but the velocities of “different waves” are unified.

Ans. In a general manner, if any specification has not been drought within the concept, the wave velocity is usually referred to as the phase velocity as it interprets the specific rate maintained by the phase while travelling through space.

Q3. What is the role of group velocity in physics?

Ans. The value of group velocity contributes to the determination of how fast a “wave packet propagates” energy. In “quantum mechanics”, the expectation value for the position of a moving particle is comprehended by group velocity.

Q4. In what situation the phase and group velocity are equal?