If the freezing point of water gets lowered after applying a certain amount of pressure on it then this process is determined as regelation. Due to regelation ice gets melted to water at 0°C temperature under pressure and again gets frozen back to ice on the pressure removal. The glacier is considered to be the source of the river, as water in the river comes from glaciers due to the regelation of ice. On snow or ice skating is only possible due to water formation for the regelation. Here water is formed as the pressure increases and serves as the lubricant.

The idea of compressing ice and also turning it into water under a certain pressure demonstrate that when the pressure gets removed the water again gets solidified into ice. The ice melts to water at 0°C or 32°F temperature under pressure. As the water gets freezes into ice it starts releasing heat into its surroundings (Rempel et al. 2019). The glacier also gets melted into the water to form the river due to this phenomenon, the regelation of ice.

Through the compressing process, it can be demonstrated that under a certain pressure the ice gets transformed into water and when the pressure is removed it gets back the water freezes to the ice again. Regelation of ice can be well understood by performing an experiment with a slab of ice and a metallic wire. 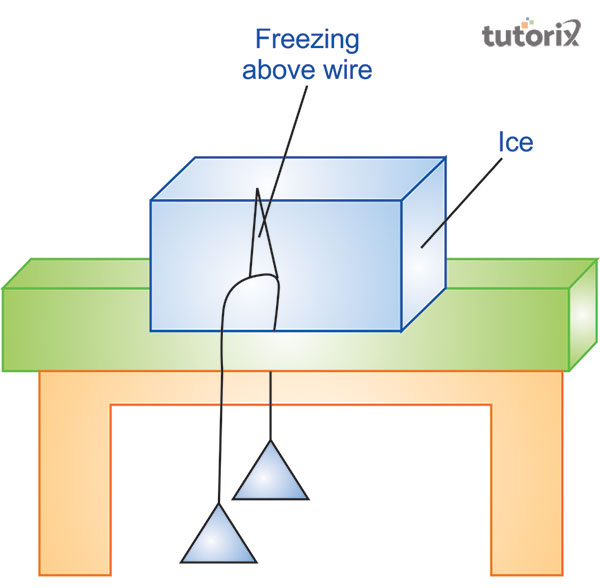 This occurs due to the fact melting of ice at lowe5r temperature which is 0°C or 32°F temperature under pressure. The temperature gets increases under pressure below the metallic wire and makes the ice melt. When the metallic wire cross the water above it will get solidify and hence, the metallic wire will pass by the slab of ice without splitting it (Thompson et al. 2020). This phenomenon is determined as the refreezing as regelation. It can be started from this phenomenon that ice gets converted to water at 0°C when the pressure is removed. Here the water is forming because of the increase in pressure and also acting as a lubricant.

Ice cutting − One of the main experimental examples of regelation of ice is looping a fine metallic wire around an ice block by attaching 2 heavyweight blocks with it. Here, about 500 of atmospheric pressure are required in order to melt the ice block at -4°C (Sotthewes et al. 2017).

Glacier − The glaciers melt to water which is the source of rivers and waterfalls and that happens due to the phenomenon of regelation of ice. The glacier mass mainly allows a sufficient amount of pressure to be extended on the ice so that it gets meted to water. Then the water flows from the glacier base to the lower altitudes when the air temperature remains above the water’s freezing point. 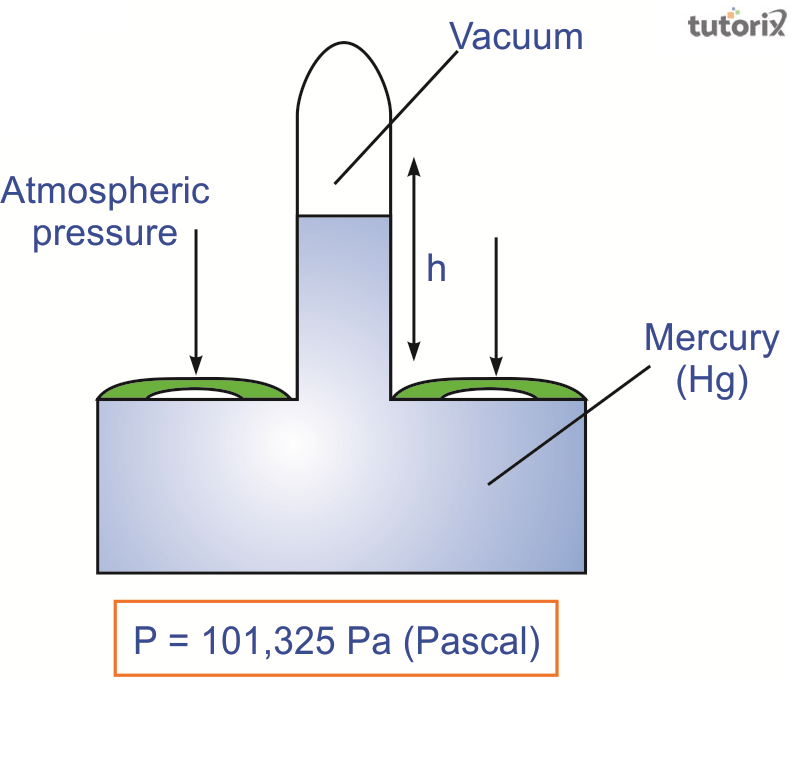 Spiky Ice − Spiky ice is also considered the penitents and can also be about 4 meters high and is formed generally on higher altitude glaciers in -70% of relative humidity and between -10°C and -20°C (Li et al. 2020). This is the temperature where the spiky ice forms remain under irradiation.

The process where ice gets melted to water under pressure at 0°C temperature, then again freezes after the pressure removal is determined as regelation of ice. The ice melts to water at 0°C or 32°F temperature under pressure. As the water gets freezes into ice it starts releasing heat to its surroundings. This is the reason for refreezing water deriving from ice melting under a certain pressure. When any liquid gets solidified, pressure and heat are released and by the exothermic process, it gets freezes. Due to the regelation of ice glaciers melts into water and this water becomes the source of the river.

Q1. What do you mean by the Regelation of Ice?

Ans. If a certain pressure is applied to ice then it will get melted into water. On removing the pressure the water will again freeze to ice and this phenomenon is determined as the regelation of ice.

Q2. What is the process of Ice regelation?

Q3. How Ice ball is prepared?

Ans. In the beginning, the slab of ice is shredded into pieces and after that, the shredded ice pieces are kept under pressure around the sticks’ tip in order to prepare an ice ball. If small 2 pieces of ice are pressed to each other then they will get stuck to each other.

Q4. What is sublimation?

Ans. Sublimation is the phenomenon when the boiling point of water is less than its melting point and the substance gets transformed from solid to gaseous phase directly. For example, between 25°C and 50°C, sulphur gets sublimated into suffocating and poisonous gases.

Q5. Does the compressed ice melt?

Ans. Compressed ice is generally determined as a completely solid block that can be placed on top of any object. Unlike normal ice, compressed or packed ice does not gets melted if it is placed near the source of lights. It is not the block of storage as hence cannot be crafted back into ice.