Since the accomplishment of one group in gaining those resources precludes the second group's success, such rivalry results in individuals of separate groups having conflicting aims. Because of these tensions, the ingroup rules that promote negative attitudes toward the out-group and are supported by punishing and rejecting individuals in the identity group who stray from some of those norms tend to solidify and spread. Collaboration in quest of overarching objectives, that is, mutually specific goals that are completely unattainable with no such partnership, has the possibility of reducing conflicts over time, RGCT maintains. Unlike other conflict resolution models, RGCT does not focus on the persons involved. 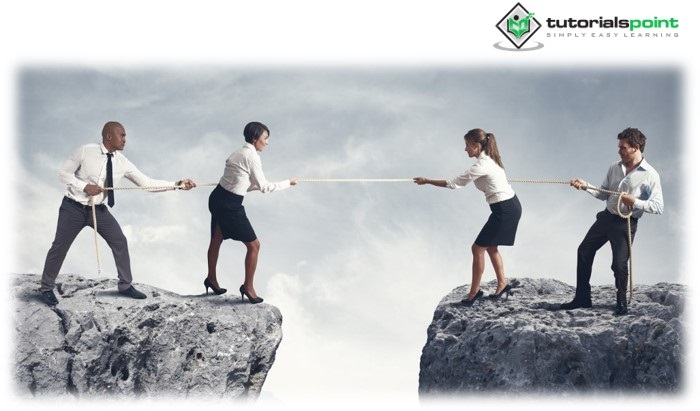 In contrast, some schools of thought in psychology attribute these tensions to differences in personalities or ideology. If a group of people in RGCT think that the two organizations share a negligible fate—that is, that the other firm's achievement seems like a loss or failure for their group—then they will experience animosity as well as discrimination regardless of the actions or words of those within the group. Each faction's members, seeing their fates intertwined as the fight progresses, will band together in solidarity.

According to the real conflict theory, the intensity of intergroup conflict is proportional to the scarcity and value given goods in a setting where individuals of similar ability are forced to compete for them. The assumptions of realistic conflict theory are expanded upon in real conflicts theory, which includes the idea that different groups are, in fact, in rivalry with one another for scarce resources. At a particular level of group resemblance, i.e., when individuals see equivalent abilities and traits among themselves and another, they will frame the other person as a danger due to their distinctions.

The intergroup views out as a danger to its way of life because these distinctions breed prejudice and hostility. If one wants to do anything monumental, one will need the help of at least two other entities to make it happen. Therefore, conflict and damaging stereotypes, including discriminating cultural beliefs, may all be mitigated by adopting superordinate aims.

Donald Campbell gave the idea its name, although others had discussed it since the beginning of the century. This theory started in the 1950s when Campbell saw that personality researchers had the propensity to limit all human activity to hedonistic aims. He was critical of psychiatrists, including John Kohut, Harold Kelly, and George Simmel. He centered their work on the idea that eating, having sex, and avoiding suffering were the most important aspects of being human. Campbell argues that hedonistic explanations of social dynamics are inadequate.

According to Campbell, the exchange relationships philosophers' tendency to draw parallels between human and animal habits in their explanations of socializing was an oversimplification. It was not only Campbell who saw a gap in the analysis of intergroup interactions; other scholars did as well. These investigators pointed out that previous to Campbell, exchange relationship theorists had overlooked the fundamentals of cognitive science and the significance of interactions between different social groups. Contrary to earlier theories, RCT considers the factors that lead to conflict amongst groups, such as incompatibility of aims and competition for limited resources. 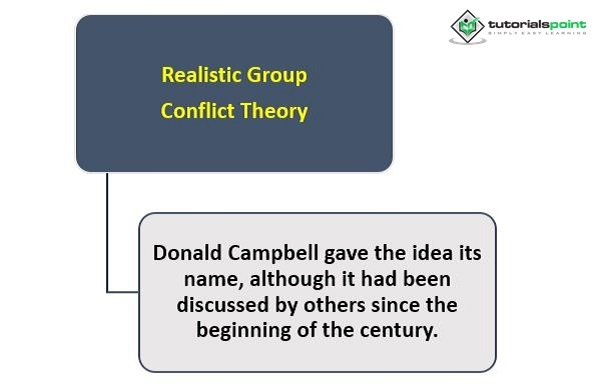 Implications − The RCT model can explain why people negatively view desegregation and diversity programs. The results of the Michigan National Election Studies research provide evidence of this. The study found that most white respondents disapproved of school districts' use of busing to achieve racial integration in the 1960s. These polls showed that whites generally see African Americans as a danger. It is safe to say that, but instead of symbolic prejudice or discrimination, the distaste for ending segregation sprang from a view of black people as a threat to treasured ways of life, aspirations, and wealth. RCT may also provide light on why competing for scarce community resources might have unintended effects on efforts to diversify organizations successfully. This is shown by the idea that more ethnic diversity in the workforce is connected to greater discontent among some of the majority. The ethnic composition of workers' neighborhoods influences their views about workplace diversity since firms are rooted in the localities to which their employees contribute. As the ethnic variety of a white community grows, white workers become less open to having diverse colleagues. Race competition theory (RCT) provides a rationale for this trend, as people of minority groups are frequently seen as rivals to the dominant majority regarding economic success, political influence, and social standing in multiracial societies.

Inequality − Initially, the effects of the rivalry between two equal portions were the main focus of the realistic conflict perspective. John proposes extending the theory to account for competitiveness across socially unequal groups. To illustrate his point, Duckitt developed a classification system that categorizes the several ways in which conflicts among socially unequal groups might arise. As Duckitt saw it, collectivist rivalry with an outsider may lead to at least two kinds of violence. Competing with an equivalent grouping is the first, defined by the principle of real competition. Group-based threats, in which individuals of the within-group feel antagonistic towards the out-group, may spark conflict as the ingroup prioritizes securing the commodity in danger. Ingroup dominance is the second main source of disagreement. This happens when there is a power imbalance between the ingroup and the out-groups. If dominance occurs, the weaker party has two options: accept it or fight back.

Both psychosocial pieces of research have shown RGCT to be effective. RGCT has been utilized to justify racist attitudes and habits, such as White resistance to civil rights legislation aimed at improving the lives of African Americans. This study provides evidence that only some Whites' opposition to racial policy is motivated less by antipathy toward Blacks than by a fear of losing advantages. Conflict among individuals of various religions and cultures has been the subject of a cross-cultural study employing RGCT. This research shows that group aggression increases when communities face limited key resources. Studies have shown that competitive situations may bring out aggressive tendencies in people of all ages.