In internal conversion excess energy present in the nucleus is directly transferred to one of its orbiting electrons and in the case of internal pair production excess amount of energy is converted in the particular electromagnetic field of a nucleus into an electron and positron which are emitted together.

What is gamma decay?

Gamma Decay process displays emission of electromagnetic radiation associated with extremely high frequency hence it generates very high energy. It gives out the excess amount of energy that is necessary to stabilize the unstable nucleus. The nucleus drops from high energy to a lower energy level by emitting high energy photons by the process of gamma decay. This energy level transition is in the line of MeV.

Hence, similar to the x-rays the gamma rays emitted also displays very high energy of the order. The gamma rays come to form the nucleus and due to the presence of the high amount of energy they are extremely penetrating and hence these rays are dangerous to the life forms on the planet. 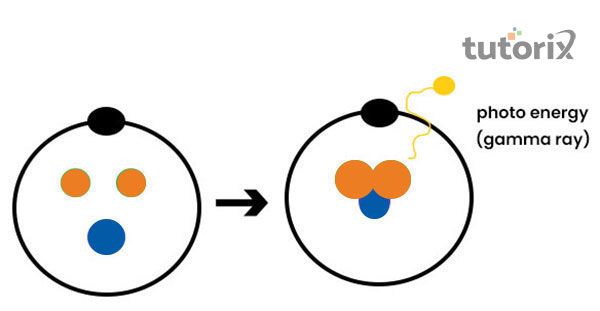 The sources of gamma rays other than the radioactive decay include different natural phenomena. According to Mailyanet al. (2020),themost prominent examples are terrestrial thunderstorms and lightning. As opined by De Angelis &Mallamaci (2018), the gamma rays burst out in space from various celestial bodies including pulsars, quasars and galaxies.

From these celestial bodies, the gamma rays spread out in space. The collapse of a star, results in the formation of a black hole which is known as a hypernova. This event of hypernova results in the burst of long duration gamma rays emissions (NASA, 2022).

These bursts of emissions produce a total energy output of around 1044 Joules which is equivalent to the total amount of energy the Sun will produce in its entire lifetime. The span of the bursts lasts between 20 to 40 seconds. 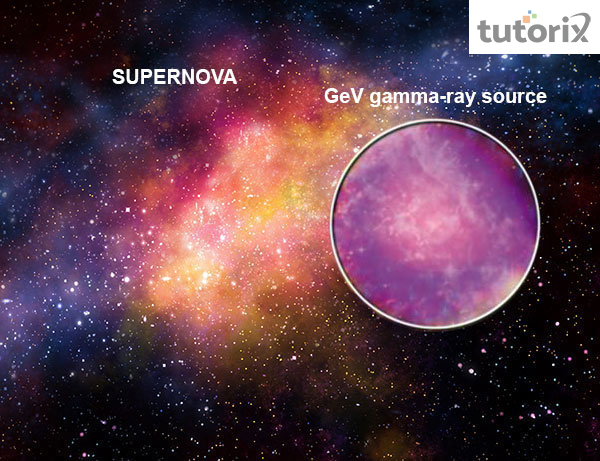 Most of the high energy events in the Universe happens through the radiation of gamma rays.

These events however cannot be witnessed without the gamma-ray detectors. In order to note this concerning issue, scientists have created a big satellite called the Fermi Gamma-ray Space Telescope that helps in providing a clear view of the events occurring in the discovered universe. 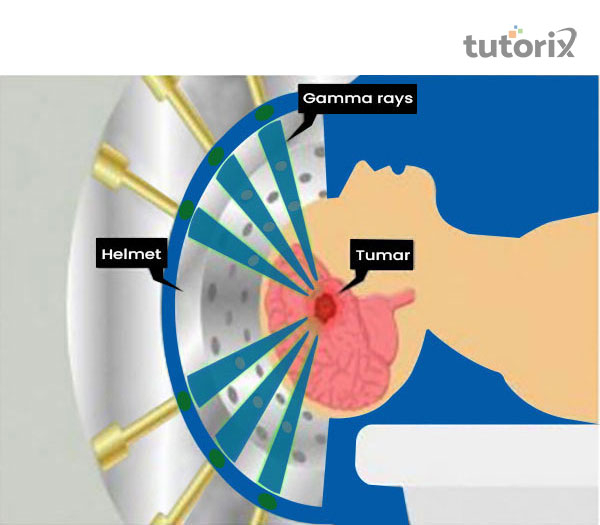 The radioactivity processes are generally governed by three key processes, alpha decay, beta decay and gamma decay. In the gamma decay process, high energy photons are emitted. The gamma rays are mostly found in the abundance in the space due to the celestial activities. However, there are various real-life applications. Gamma rays imparts high damage on the cellular level of the organisms. Due to the penetrating nature of the gamma rays, they pass through the entire body of the creatures. However gamma rays are a lot less ionizing compares to the alpha rays or beta rays. Therefore, the severity is lesser compared to the penetration

Q1. What are some of the applications of gamma-ray sensors?

Q2. What are the three different kinds of radioactive decays?

There are three key types of radioactive decays. Alpha decayis the process that leads to the emission of helium nucleus. Beta Decay that causes the release of electrons and gamma decay, ithelps in liberation of high energy photons

Q3. What is meant by gamma decay?

Gamma decay is associated with the process that helps in the generation of electromagnetic radiation that belongs to very high frequency. The high frequency is attributed to the release of high energy that gives out excess energy that is required to stabilize the unstable nucleus.

Q4. Who discovered the Gamma radiation?

Gamma rays were discovered by a French chemist and physicist, Paul Villard. He discovered gamma rays in the year 1900.

Q5. What are the traits of Gamma rays?

Gamma rays have a very short wavelength and have the highest amount of energy among all radiation.