In the process of nuclear decay the elements that are usually released alpha particles and gets decay gradually with time are determined as the radioactive alpha decay products.

The alpha particles that is structurally equivalent to the Helium atom’s nuclear are mainly denoted by the Greek letter, .

These alpha particles mainly consist of two neutrons and two protons. In radioactivity alpha decay, there is a positively charged element that is identical to Helium 4 nucleus and that particle can also be emitted spontaneously. This article is mainly determined as the alpha particle

What do you mean by radioactive decay?

There are three main types of radioactive decay Gamma decay, Alpha decay, and Beta decay. The act of emitting radiation from any objects that are either naturally or artificially formed is determined as radioactivity. Radioactive Decay emits energy in ionizing radiation form and is also responsible for damaging the genes’ DNA and biological tissues in the human. The ionizing radiation mainly incorporates beta particles, gamma rays, and also alpha particles.

Radioactive Decay emits energy in ionizing radiation form and is also responsible for damaging the genes’ DNA and biological tissues in the human. Some of the radioactive decay products are cobalt-60, which is an isotope emitting gamma rays. These gamma rays of cobalt-60 ate often used in the treatments of cancer that have a half-life of about five and a half years (Yang et al. 2018).

In radioactivity alpha decay, there is a positively charged element that is identical to Helium 4 nucleus and that particle can also be emitted spontaneously. This article is mainly determined as the alpha particle that has two neutrons and two protons. This alpha decay was discovered in the year 1899, by famous scientist Sir Ernest Rutherford.

The formation of Alpha decay highlights that in heavy nuclei of platinum and uranium there are main parts of radioactive fallout that have been caused due to nuclear explosion. The alpha particles is generally more massive if compared to other radioactive decay forms. This massiveness of alpha particles can be easily stopped by a paper sheet and cannot even penetrate into the skin of human beings (Akrawy et al. 2017). 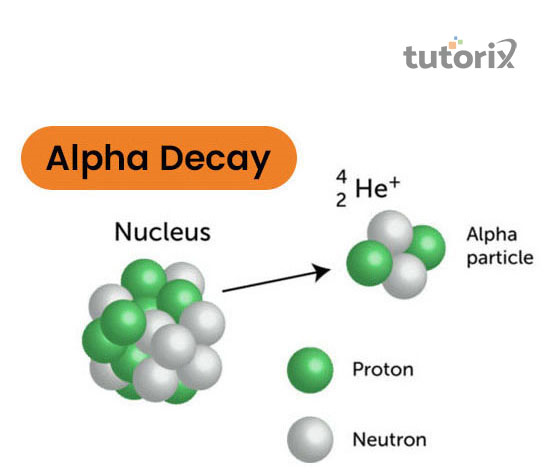 A 4 MeV, is also determined as the main kind of alpha particle that can move only about 1 inch through the vacuum or air.

Other types of radioactive decays

There are three main fundamental forces that are working together in the nucleus of an atom. Those forces are Beta, Gamma, and Alpha. Here gamma force is considered to be the electromagnetic force, beta force is determined as the weaker force, and the alpha force is determined as the strongest force among all in a nucleus of an atom (Manjunatha et al. 2018). In all these 3 cases, the radioactive emission enhances the stability of the nucleus present in an atom by adjusting the ratio of neutron and proton.

Among all radioactive decay particles,

There is also an exponential decay law in radioactivity that needs to understand by all. In the periodic table, there are various laments whose atoms remain in unstable conditions, and get changed into different elements later. 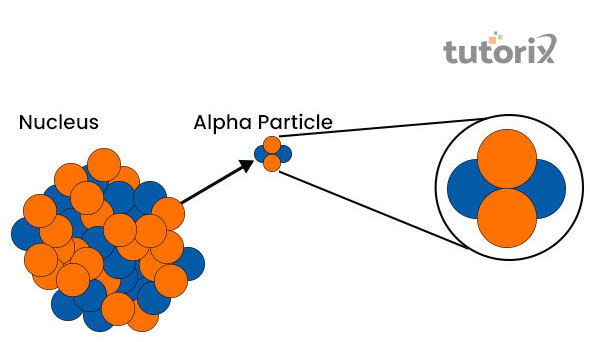 As the electrons of these unstable elements are changing constantly the element properties are also getting changed. In the environment, as the radioactive decay three emissions occur that scientists are unable to identify as the known elements are Gamma particles, Alpha particles, and Beta particles (atomicarchive, 2022). This radioactive decay occurs as the statistical exponential rate process where the decay atoms are present in the interval of infinitesimal time and is proportional to the N atoms, numbers.

Very high Radio Frequency and Radioactive Decay can harm them by heating the biological tissues by enhancing the temperature of the body. As per the law of radioactive decay, it can be stated that the probability of per unit time then the decay of the nucleus of an atom will remain constant is independent of time. The nuclear decay rate can also be measured in the half-life term. The nucleus that can be decomposed by the emitting particles is determined as the radioactive nuclei.

Q1. What are the alpha particles?

Q2. What do you understand about alpha radiation and the penetrating power of alpha particles?

Q3. What are the dangers one can face from alpha radiation?

Ans. As the alpha radiation has low penetrating power than the gamma rays. This is the main reason why this radiation is not harmful to humans. Alpha radiation cannot penetrate the human skin but it can cause damage to human cornea. Alpha emitter can also be determined as the radioactive elements can enter the human body through inhalation, wound, ingestion, and can damage the biological tissue and even the brain.

atomicarchive, 2022. About: Alpha Decay. Retrieved from: https://www.atomicarchive.com/science/physics/alpha-decay.html [Retrieved on: June 10, 2022]