Quora has been hacked with 100 million users information

After hacking of Marriott Starwood hotels, now turn of the question and answer website Quora has been hacked with 100 million user information. 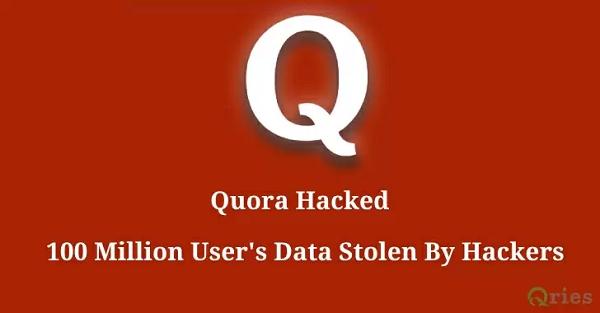 This week Monday night, Quora announced that “a malicious third party” gained access to its systems and swiped the account information of nearly 100 million users. This information includes personal information, like your name and email address, as well as details about the actions on Quora, its also show data or link you attached with Quora account.

So What Actually Happened? Quora is still investigating about this breach, but CEO of quora Adam D’Angelo says that “On Friday (November 30) we discovered that some user data was compromised by a third party who got illegal access to one of our systems.”

What user data was taken from Quora?

D’Angelo says that hackers may have approximately 100 million users names, email addresses, encrypted passwords, and any data imported from another social network, such as contacts and demographic information.

The hackers may also have records of every public and private action taken on Quora, including comments, Likes and dislikes, questions, and direct messages. as D’Angelo says Quora does “not store the identities of people who post anonymous content.”

How do I know if my Quora account was hacked? 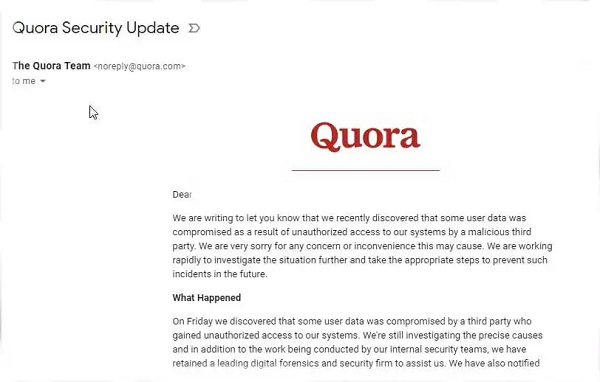 Actually, my Quora account is also affected and I got an email by quora.

Quora says it’s notifying everybody whose account was hacked and they are logging out every account that may have been affected. If you use a password for authentication, your password will also be reset. Any further information discovered during Quora’s investigation will be updated to the user immediately.