Quadriplegia, also known as tetraplegia, is a paralysis that affects the torso and the four limbs. Although it might be assumed that arm and leg damage is necessary for complete paralysis, most quadriplegics have completely normal arms and legs. Instead, the issue typically starts with the brain, spinal cord, or both. 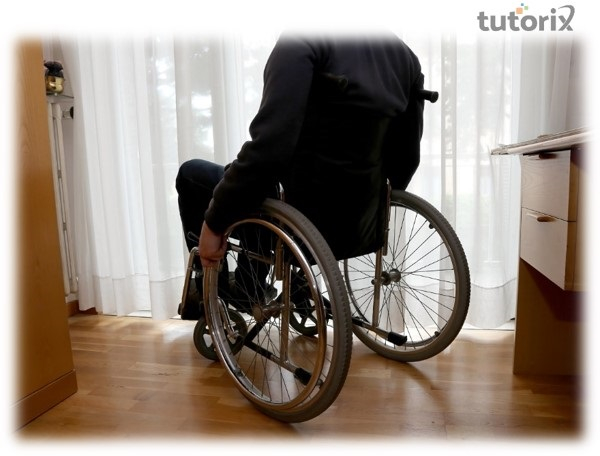 The medical term for paralysis affecting the trunk, legs, and arms from the neck down is quadriplegia. The most common cause of quadriplegia in the neck is a spinal cord injury at C5 (cervical 5) to C7 (cervical 7). Because the spinal cord below the injured area is unable to transmit messages, the affected person loses the ability to move their arms and legs and their ability to breathe, urinate, and control their bowels.

Following are the major types of quadriplegias −

Incomplete Quadriplegia − The quadriplegia prevents some but not all signals from passing through. That means a person can still move, feel sensations, and manage automatic bodily functions. This occurs in approximately one-third of all traumatic spinal cord injuries.

Complete Quadriplegia − Whatever caused the quadriplegia prevents all signals from passing through. That means a person loses muscle control and the ability to feel sensations, and their brain cannot manage any automatic processes that rely on brain signaling to work. This happens with about 20% of spinal cord injuries.

Spinal cord injury, deemed the primary cause of incidence of quadriplegia, refers to damage to the spinal cord resulting from trauma such as a car crash or disease or degeneration (e.g., cancer). Although there is no accurate estimate of the global prevalence, it is thought that there are 40 to 80 cases per million people annually. Males are most vulnerable when they are young adults (20-29 years old) and older (70+), whereas those females are adolescence (15-19) and older age (60+). According to studies, the male-to-female ratio among adults is at least 2:1 and frequently much higher. Even if they have never experienced difficulty breathing on their own, people with quadriplegia are more susceptible to pneumonia and other respiratory infections. There can also be difficulties in autonomic dysreflexia, sexual function, digestion, and other autonomic functions.

Even though impaired limb function is the most obvious symptom, the torso also functions improperly. The ability to control breathing, digestion, bowel and bladder function, sexual activity, and other autonomic functions may be impaired. Additionally, the sensation is typically compromised in the affected areas. Numbness, diminished sensation, or excruciating neuropathic pain are symptoms. Secondarily, because of their depressed functioning and immobility, people with quadriplegia are often more vulnerable to pressure sores, osteoporosis, fractures, frozen joints, spasticity, respiratory complications and infections, autonomic dysreflexia, deep vein thrombosis, and cardiovascular disease.

The extent of the spinal cord injury and its level will determine how severe the condition is. The highest cervical vertebra, C1, located at the base of the skull, is where most injuries occur. Affected individuals will likely lose function from the neck down and become ventilator-dependent. A person with a C7 injury may lose function from the chest down, but they will still be able to use their arms and a good portion of their hands. With a C5 injury, a person in between may lose some function from the chest down and fine motor skills in his or her hands, but they may still be able to flex and extend certain muscles in the back or arm region.

Another crucial factor is the severity of the damage. All function will be lost from that vertebra on down if the spinal cord is completely severed. In varying degrees, mixed function and paralysis follow a partial severing or even bruising of the spinal cord. Movement in limbs is common, such as the ability to move the arms but not the hands or the ability to use the fingers but not to the same extent as before the injury. Furthermore, the limb deficit may not be the same on both sides of the body, depending on the location of the lesion on the spinal cord.

Quadriplegia is caused by severe damage to the brain or spinal cord. The injury, known as a lesion, results in the loss of partial or total function of all four limbs, namely the arms and legs. Trauma (such as a car accident, diving into shallow water, a fall, or a sports injury), disease (such as transverse myelitis, Guillain-Barré syndrome, multiple sclerosis, or polio), or congenital disorders (such as muscular dystrophy, myelomeningocele, or spina bifida) are common causes of this damage.

Other issues that can cause quadriplegia include, but are not limited to −

The treatments for quadriplegia can vary widely depending on the cause and where in the spine the problem happens. The ability to recover from quadriplegia varies. When it comes to trauma, the priority is to limit the damage as much as possible and prevent further harm. This usually entails immobilizing a person with specialized backboards, collars, or braces to stabilize the spinal cord and prevent anything from pressing into or damaging it.

Living with quadriplegia can be extremely difficult and call for the person with quadriplegia and those around them to make major lifestyle changes. People with quadriplegia frequently depend on helpers to get around because they cannot control their arms and legs. People with quadriplegia may be able to steer some motorized wheelchairs with head motions, but it might take some getting used to. The best person to explain the situation is a healthcare professional. They can provide you with advice and pertinent details regarding your particular situation, such as the available treatments and potential side effects.