PhysicsSystem of Particles and Rotational Dynamics

Pulleys are often denoted as the simple machines that are used to carry or lift a heavy load in construction areas or even in sets designing. Pulleys are the types of wheels that groove along the edge for holding cable or wires. The amount of force that is exerted to lift the load is equivalent to the amount of work required for loads to move at same height without the pulleys. Here the force magnitude gets decreases but it will act through a greater distance. There are several types of pulleys that can be classified on the basis of their load lifting capability, size, and mechanical advantages.

The Pulleys usually magnify the force in the same process as the levers. A simple machine that comprises a rod or a long beam that remains fixed to a fulcrum means the pivot point is determined as the lever. At the fulcrum of a lever, the load is attached and then effort force is petitioned. In order to lift or move any material, the pulleys that are utilized apply the same working principle as levers. Sometimes the pulley helps to pull against materials but does not move them actually (Pla Pueyo, 2017).

Just like a lever helps to transport or lift a heavy load at a greater distance. The pulleys also work with the same principle. Levers can be used for various purposes like lifting heavy loads, removing nails that are embedded in the wood, and even cutting objects. Pulleys can be used in elevators, window blinds, exercising equipment, extension ladders, and garage doors. on ships in order to lower and raise the sails, pulleys are being used and this same principle is used in the case of theatres' curtains. 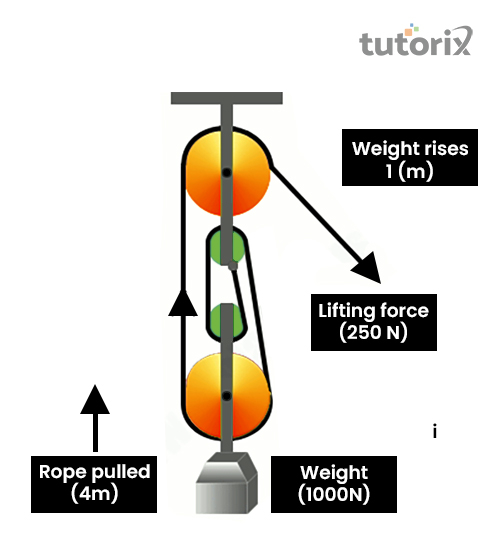 The pulley is comprised of two main parts groove and rope. Pulley is mainly a wheel that runs with the help of the groove and inside this groove, the rope, belt, or cable runs to lift the heavy loads at a larger distance (Maulana et al. 2020). The working principles of pulleys highlight that when a load is attached to one end of pulleys and pulled down the other end of a rope is pulled up. Thus, force direction changes from downwards to upwards

The pulley is often determined as the simple machine has the same working principle as levers. The pulleys change the direction of the applied force that is exerted while lifting both heavy and light loads. There are two main types of pulleys that are used in set designing and in construction works they are single movable pulleys and fixed pulleys that are mentioned below.

When pulleys are hinged to a support that is in a fixed condition, it is determined as the fixed pulleys. Like movable pulleys, the fixed pulleys cannot move up and down but can rotate in their rim or around a fixed pivot. 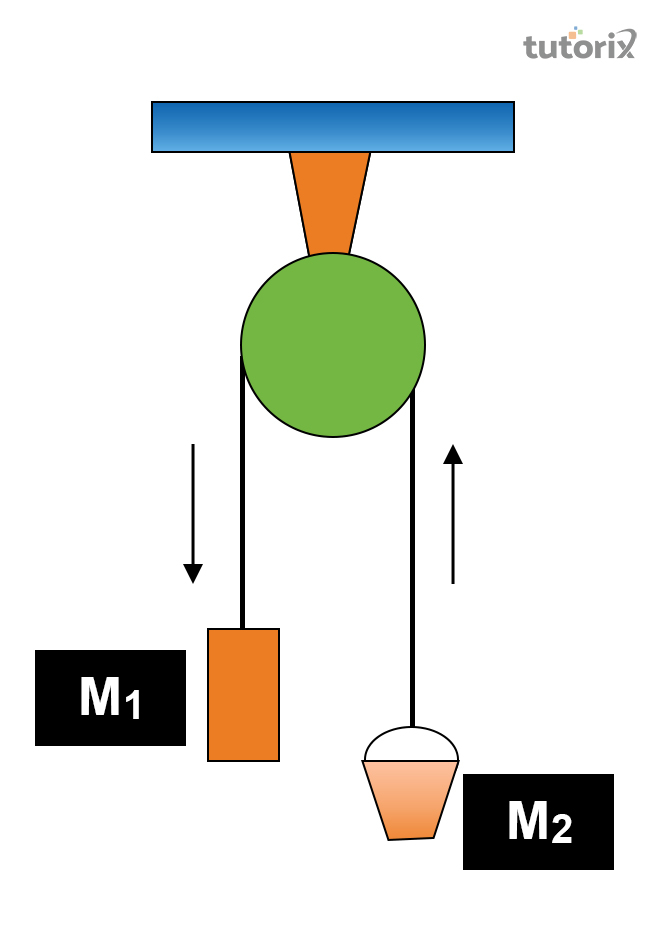 The movable pulleys has the flexibility to move up and down and remain attached to objects or ceiling by a rope of same length. The major examples of moveable pulleys are elevators, construction cranes, and weight lifting equipment at gyms (Persson, 2020). Like the fixed pulley these pulleys also have the ability to rotate in their rims. 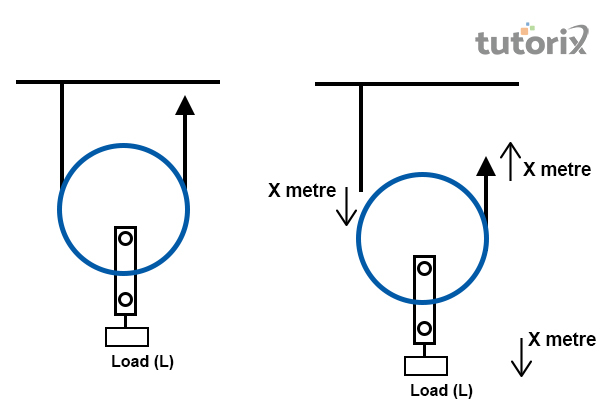 Pulleys are utilized to reduce the force amount that is required to lift heavy loads in everyday life. There are several parts incorporated in a pulley that help to carry out lifting work. Those parts are shaft or axle, rope, cable or belt, that runs within the groove, and the main part is a wheel. The groove in a pulley is narrow and long cut that is made on a surface (de Oliveira et al. 2018). The hinge is the joint holding 2 parts together, so that 1 part can swing relative to the other part. A pivot is a centre or the pin on which the pulley turns or balances. All these parts provide the advantages of changing direction and application of point of force and make the process of lifting loads easier.

A single fixed pulley is often used for changing the direction of applied force only. On the other side, the single movable pulleys are utilized in order to reduce the required input force. The fixed pulleys work with the same principle as levers and can only change the force direction but not its amount. Here the input force is equivalent to the output force and has the mechanical advantage of 1. Pulleys are commonly used to draw water from a well. In order to lift heavy loads, these pulleys can be used by cranes. A combination of various pulleys can accomplish greater and more complex tasks in a short period of time.

Q1. What do you mean by pulleys in physics?

In physics, pulleys are determined as the simple machine that has a wheel attached to a flexible element like rope, wire, or cable on its rim. Pulleys can be used in combination or even singly to transmit motion or energy.

Q2. What are the examples of fixed pulleys?

If a pulley remains hinged to fixed support then is denoted as the fixed pulley. This pulley cannot move up and down like a movable pulley but can rotate. An example of fixed pulleys is a flag pole

Q3. What are the examples of movable pulleys?

If a pulley has the flexibility to move upwards and downwards with heavy loads, then it can be denoted as the movable pulley. The examples of movable pulleys are modern elevators, and weight lifting equipment at gym.

Q4. What are the disadvantages of pulleys?

Pulleys works use friction while transferring motion and that is why there is a chance of slip. Pulleys are not suitable for high power transfer at high rims.