Psychological and Physiological Bases of Motivation and Emotion

Why do we wake up and shine each morning? Why do we go to school or work, brush teeth, eat, and exercise? All these tasks are optional, but many choose to do them. Why? In June 2014, when their prawning boat began to take on water and sink off the Saanich Peninsula on Vancouver Island, 13-year-old Gavin rescued his grandfather from drowning. Even though they wore life jackets and Vern, Gavin's grandfather, was not a great swimmer, they were unlikely to last long in the chilly Pacific Ocean seas 300 meters off the coast. 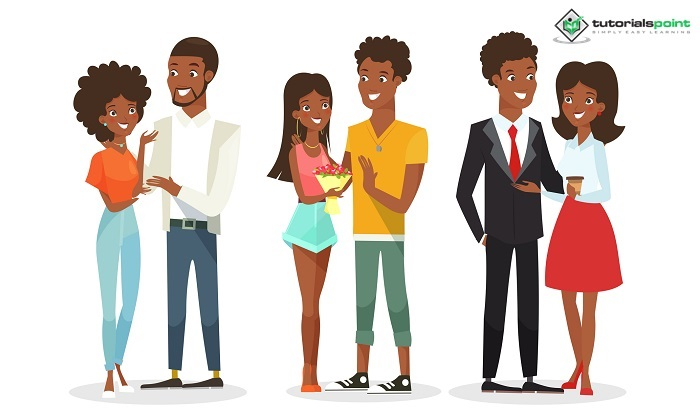 Gavin described what had happened, describing how he had climbed the slope where he had carried his grandfather and had severe cuts to his barefoot. He credited adrenaline with helping him endure the discomfort of the cuts. Despite the intense emotions he was feeling, he was capable of learning to operate on the site and make it up the three-kilometer slope to fetch aid after discovering an old truck with the keys in the ignition. Gavin cited his experience operating a dirt bike as an asset, saying, "I knew that clutch in the meant drive." According to Vern, the small youngster was "tenacious" and composed during the incident. Stories like Gavin's are uncommon and unpredictably strange. In this circumstance, Gavin's ability to control his emotions, recognize them, and stop panicking was crucial to his actions.

Affect is the feeling or emotion that is experienced. Because it is so prevalent daily, affect is a crucial component of psychological research. We will see that affect influences both our physical and mental well-being as well as how we act and how we make decisions. Emotions and motivation are the effect's two primary constituents. These two terms share a Latin root, "to move." Emotions and motivations entail arousal, or our perceptions of the physical reactions produced by the sympathetic division of the autonomic nervous system, in contrast to cognitive processes, which are usually calm, collected, and logical. Emotions and motivations are "hot" because they include arousal; they "charge," "drive," or "move" our behavior.

We perceive experiences when we have strong emotions or motivations. The sympathetic nervous system gives us the energy to react to our surroundings when we become aroused. Our pupils enlarge to improve vision, our pulse beats faster, our respiration quickens, and we sweat profusely to cool the body. The liver releases more sugar into the bloodstream, and Epinephrine and norepinephrine, the stress hormones, are released. These reactions cause arousal in humans.

Physiological and Psychological Basis of Emotion

Emotions are mental and physical states of feeling that control our attention and behavior. Emotions influence our behavior, whether it is a pleasure of a roller coaster that causes an unanticipated scream, the blush of shame after a public slip-up, or the terror of a probable plane accident that prompts a pilot to react extraordinarily well. Emotions typically play an adaptive role. For example, we care for children because we love them, and we avoid turning into a congested highway out of dread that a speeding driver may harm us. However, emotions can sometimes be harmful, as when an unpleasant event prompts us to strike out at someone who does not deserve it.

Everyone has experienced the sensation of having their heart race due to fear. The autonomic nervous system's response to the emotion we are experiencing is responsible for this physiological response. Our fight-or-flight response is regulated by the autonomic nerve system, which also manages our uncontrollable physical reactions. Many psychologists believe that emotion has likely aided human evolution and survival throughout history because of our physiological reactions.

The real manifestation of the feeling is the behavioral response component of the emotional response. Behavioral responses can take many forms, depending on the individual's personality and societal conventions, including a grin, a frown, a laugh, or a sigh. Numerous studies contend that many facial expressions, such as a frown to denote sadness, are universal; nevertheless, social standards and personal nurture influence our behavioral reactions.

According to studies, facial expressions that most closely match the emotion being experienced by the person are demonstrated to produce the largest autonomic physiological responses. Smiling, laughing, and letting out unpleasant emotions positively have advantages. Emotion is demonstrated to be more than a state of mind by its physiological and behavioral responses. Our health and overall disposition are both impacted by emotion.

Physiological and Psychological Basis of Motivation

A motive is an impetus that starts and guides behavior. Some motives, like the desire for food, water, and sex, are biological. However, several additional internal and external factors can affect behavior, such as the need for acceptance and approval from others, the desire to succeed, and the decision to take or not take risks. In each scenario, we act on our motives because they are satisfying.

Motivation can be thought of as a set of behavioral patterns that prompt us to make efforts to tame our desires and achieve our objectives by contrasting our current situation with the desired outcome. The body works to maintain homeostasis, the normal state of its systems, with goals, urges, and arousal in balance, much like a thermostat on an air conditioner. The thermostat activates when a desire or goal is sparked, such as when we become hungry and begin to act in ways that try to quell the drive or accomplish the objective (in this case, to seek food). The thermostat keeps checking to see if the target end condition has been attained as the body moves toward it. We eventually eat, which satisfies the need or objective, and the appropriate behaviors are stopped. The body's thermostat constantly monitors homeostasis and is prepared to respond to changing conditions.

Basic physiological requirements include hunger, thirst, and the desire to avoid discomfort. These emotions are present from the moment of birth and are all controlled by our body's internal systems. The significance of homeostasis, or the mechanisms our body employs to maintain the equilibrium and stability of our internal systems (such as temperature regulation), as well as our body's natural inclinations across the day, is emphasized by motivation theories that emphasize physiological needs (like our circadian rhythm).

Drive reduction theory is one motivation theory rooted in physiological demands that contend that motivation derives from a desire to lessen inner strife, which is a sign from the body that something has gone wrong. We need to do action to survive. For instance, our body secretes hormones throughout the day, making us feel hungry, and we eat a pizza to quell our hunger, which helps our body's balance return. Like when we have a stomach ache, we take medication to lessen the pain we experience, our body is informing us that something is wrong, and we need to take action to correct it.