Language is a means of communicating and interacting with others. Language started as abstract symbols to a systematic form of communication. At present, there are more than 7,100 languages spoken across the globe. Language is the institution through which humans communicate and interact with one another using commonly used oral-auditory arbitrary symbols. 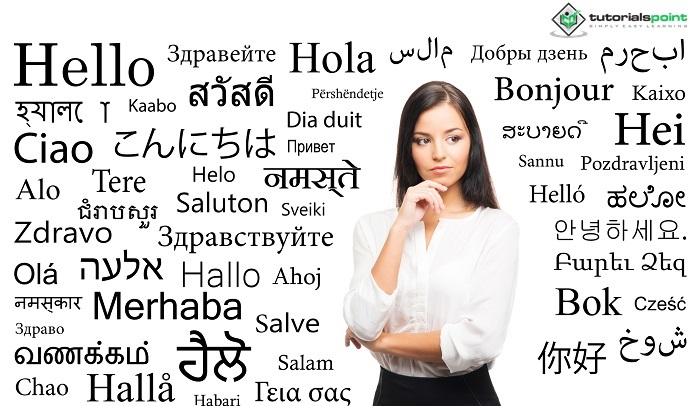 Language is a formalized form of speech. A language's grammar is its structure, while its vocabulary is its free-form elements. Humans primarily communicate using languages, which can be expressed orally, visually, or in writing. Many languages, including the most extensively used ones, have writing systems that allow recording sounds or signals for later activation. The transmission of human language is not reliant on a single medium, such as sight or sound, and it varies greatly between cultures and over time. Human languages are productive and displacing and depend on social convention and education.

Although languages vary greatly, they are all enabled by the same genetic information, processed in the same ways by the brain. All share basic "design elements" and structural qualities that allow them to function. For instance, even though different languages employ various sounds, these sounds are mixed and ordered per just a few basic rules. Language sounds and combinations should change randomly if no shared, universal language characteristics exist. Language sounds and their combinations are instead constrained and ordered. Similar restrictions apply to all languages' word combinations to form phrases and sentences.

Although communication is often considered the main purpose of human language, this is not a unique trait. Even if they do not vocalize it, all animals communicate in some fashion. However, we assume that other organisms do not examine or reflect on how they develop their expressive messages (or not). If you think about dogs, you can reasonably guess that one barking dog is not telling another barking dog to tone down their bark, so it sounds more frightening. Humans can consider language and its applications, and reflexivity is happening here.

Although communication is often considered the main purpose of human language, this is not a unique trait. Even if they do not vocalize it, all animals communicate in some fashion. However, we assume that other organisms do not examine or reflect on how they develop their expressive messages (or not). If you think about dogs, you can reasonably guess that one barking dog is not telling another barking dog to tone down their bark, so it sounds more frightening. Humans can consider language and its applications, and Reflexivity is what is happening here.

People can speak of the past and the future. This feature of human language is referred to as displacement. Language users can utilize it to discuss subjects that are not currently happening around them. With the aid of displacement, we can discuss creatures and locations (such as angels, fairies, Santa Claus, Superman, heaven, and hell) whose existence we cannot even be certain of. Animal speech appears to be primarily intended for the present moment; it is considered that the majority of animals speak in the present. It is not used to connect events that occurred at a distance in time or space. For instance, when you pet a cat, it meows right now, not yesterday or tomorrow. Bees are a slight exception to this rule because they use some form of displacement in their communication. A honeybee can engage in a dance routine to let the other bees know where it found a supply of nectar when it returns to the beehive. The other bees can determine the location of this recently discovered feast based on the sort of dance. This counts as displacement, but of a very specific kind. It simply lacks the breadth of possibilities present in human language.

Language is also arbitrary, which is a fundamental feature. Words rarely have a coherent or guiding relationship to what they mean. The first three digits are one, two, and three in English, but yi, er, and san are Chinese. Because there is no "correct" word for anything, neither language has one for numbers or anything else. Even onomatopoetic terms for noises, like ding-dong and click, that are meant to sound like the noises they name vary from language to language. A dog might say bow wow or woof woof in English, but it would say bho bho in Hindi. Korean dogs say mung mung, while Greek dogs say gav. Even something as seemingly objective as a dog's bark is represented arbitrarily in language because people interpret these sounds through the arbitrary "sound filters" of their languages.

The distinction between arbitrariness and randomness must always be kept in mind. It implies, for instance, that neither a language's sounds nor the methods by which they are mixed are superior to or inferior to those of any other language. Additionally, it implies that there is no intrinsic advantage or disadvantage to one language's word arrangement rules over another.

While we get our parents' physical traits like dark hair and brown eyes, we do not get their linguistic traits. We do not learn a language from our parents' genes; rather, we learn it in a community of speakers. An infant born to Korean parents in Korea but adopted and raised by English-speaking parents in the United States from birth will physically resemble their parents but invariably speak English. If a kitten has similar early experiences, it will still meow. It is called "cultural transmission," when a language is passed down from one generation to the next. Generally, people have some innate propensity to learn a language. However, the capacity to speak a particular language, like English, is not something we are born with. When we are young, we learn our first language.

Humans invent new terms by modifying existing verbal resources to describe novel objects and circumstances. Productivity (also known as "creativity" or "open-mindedness") is a quality that means that there are an endless number of possible utterances in all human languages. Is that a word? This is a common question people have when they first hear a word. If they question a linguist, they will probably get the response, "It is now." Even though a novel word is not listed in a dictionary, it is still considered a real word provided it is produced following its language's morphological and phonological principles and makes sense when used in context.

Human language is simultaneously organized at two levels. This characteristic is known as duality. Individual sounds, such as n, b, and I, are produced physically when we talk, and none of these distinct variants have inherent significance when considered separate sounds. We have another level in a combination, like a bin, that has a different meaning than the meaning of the combination in the nib. As a result, we have separate sounds on one level and distinct meanings on a different level. The fact that we can create diverse sound combinations (like words) using a small collection of sounds makes this duality of levels one of the most practical aspects of human language.

Many more features exist in human language, although they may not be unique. Other features might include −

The study of human language is as diverse as human language itself. Its various properties, structure, diversity, and uniqueness make it beautiful. Philosophers and scientists have long discussed the nature and function of language, and there still needs to be an agreement on when humans first began to communicate. At the level of language learning, several principles are at work. These include understanding the sound system and knowledge of word meanings and suitable social contexts.