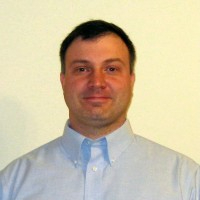 You Save
Most Popular

Jason started his career as a Unix and Linux System Engineer in 1999. Since that time he has utilized his Linux skills at companies such as Xerox, UPS, Hewlett-Packard, and Amazon.com. Additionally, he has acted as a technical consultant and independent contractor for small businesses and Fortune 500 companies.

He enjoys teaching others how to use and exploit the power of the Linux operating system. He is also the author of the books "Linux for Beginners" and "Command Line Kung Fu."