As human beings, we are always on the wheel of chaos, which revolves around the speed of light. The day starts with resolving one undeniable aspect of that chaos and ends with peaceful sleep. However, this is not always the case as sometimes the body's system does not support processing some strange part of the chaos in our life as if it is not registered in our system, and we end up getting more anxious, stressed, and overwhelmed. In this case, when it becomes repetitive and symptoms start owing us, is what PTSD looks like in general in human beings. 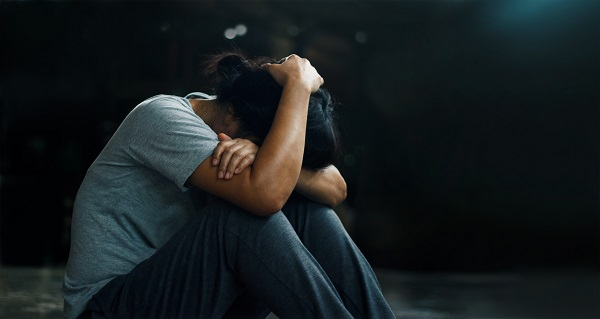 What is Post-Traumatic Stress Disorder (PTDS)?

As defined by the American Psychiatric Association,

“Post-Traumatic Stress Disorder (PTSD) is a psychiatric disorder involving extreme distress and disruption of daily living after exposure to a traumatic event.”

Traumatic stress can lead to a variety of psycho-emotional and physiologically harmful effects. This stress can be generated from various events such as terrorist attacks, violent crimes, abuse, military combats, natural disasters, or violent personal assaults (such as rape). Therefore, when a person suffers from these stressors persistently, his sympathetic nervous system activates to mobilize body resources and induce flight-fight mode, but the body has certain limits, and due to this, the coping mechanism breaks down, which results in the severity of PTSD. Sleepless nights, recurring nightmares, substance abuse, and dissociation are a few symptoms shown by the person who has PTSD. Also, people suffering from this disorder often cannot remember, in proper context, the traumatic experiences they have gone through. The tendency not to remember the experience or event properly is the body's way of protecting by repressing the memories.

There are Four categories of PTSD symptoms classified by the DSM-5. These symptoms allude to traumatic experiences. A collection of related symptoms is present in each of the four categories. They are as follows :

Overview of symptoms of PTSD

After discussing about the symptoms, it is significant to know about the diagnosis of PTSD. Therefore, according to DSM-5, the first benchmark is the divulgence of one or more traumatic events. It involves real or anticipated severe bodily harm, sexual assault, death, or the danger of death.

It is not evident that the exposure to the event should be direct only as it can be indirect also in the form of witnessing the incident, happening to someone else, or listening to the details of disturbing events, such as a child counselor working with a child with the history of sexual abuse or repeated exposure to distressing news of suicide or self-harm, etc.

DSM-5 gives the outline below for the diagnosis after exposure to any traumatic experience.

In order to be diagnosed with PTSD, the following benchmark should be met:

These symptoms also must :

The last phase of the PTSD journey so far is treatment, and with all the research that happened in the past or happening in the present, it has been proved that PTSD is curable with proper medication and psychotherapy interventions. Sometimes, mental health professionals use both for better and more effective results.

PTSD is a kind of issue that can occur at any point in time and to any person. Incidents like sexual assault or even natural calamities like earthquakes can happen at any time. Such incidents affect some people very badly, and they are not in a position to come out of such trauma and eventually become victims of PTSD. However, it is permissible to say that life is not always fair to everyone, but it is always our choice to make changes to live well irrespective of bad experiences or circumstances. The journey is always important because the endpoint is always clear in our mortal nature. Therefore, remember to make healthy choices to live a spectacular life.