Consciousness has a direct connection with the terms of Perception. The circumstances present in the scenario and the power of observation are mainly referred to as Perception. A result of perceiving is the form of Perception. In the normal daily life of a person, there are uncountable and innumerable amounts of happenings that happen or occur, which helps in the making of Perception of one person. 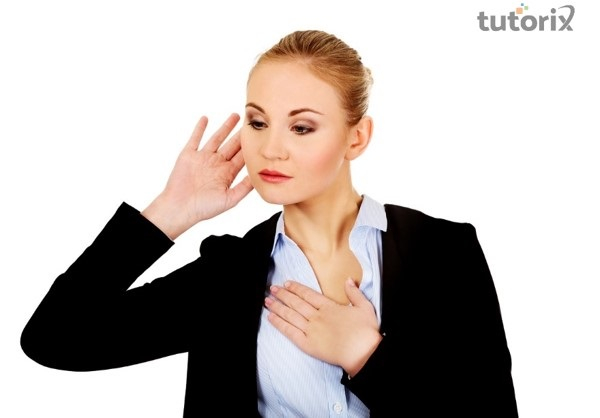 Perception again varies from one time or one circumstance to another one. For example, if a person comes across a new workplace where the environment and the ethics of the workplace are very strict. A very new person in the workplace will experience a new phase. Thus, the person will try to cope with the new situation. In this process, the person will observe the nature of the workplace, and he/she will learn about the workplace's details. This gathering of information on the nature of the workplace is called Perception. The observation is mainly stated as the Perception or gathering the points about perceiving the idea. As a result, it can easily be stated that Perception is a state of mind that includes awareness and understanding of a particular thing, irrespective of its nature, like, good or bad. This is how people normally come under the highlight of getting or expecting the consequences of anything, despite how unknown the situation is or how unpredictable the situation or the state is.

Human Perception is the process by which sensory input is converted into a structured experience. This Perception, or experience, is the result of both the process and the stimulation. Inferences about the characteristics of the perceptual process can be drawn from relationships between various stimuli (such as light and sound waves) and the related perceptions; theories of Perception can then be created based on these inferences. The correctness of perceptual theories can only be indirectly verified because the perceptual process is neither public nor directly observable (save to the perceiver, whose perceptions are directly provided in experience). Acceptable empirical facts are contrasted with predictions produced from theory, frequently through experimental investigation.

Philosophy has historically been the field that has given systematic thought to Perception. Philosophers continue to be interested in Perception, and many of the problems they first raised about the process still need to be addressed. The study of Perception, however, has grown particularly as a scientific endeavor within the broader field of psychology. Questions regarding the origins and veracity of what is referred to as human knowledge are the main drivers of philosophical interest in Perception (see epistemology). If a real, physical world does exist apart from human experience, how can its characteristics be learned, and how can the veracity or accuracy of that experience be determined? These are questions that epistemologists examine. They also question whether there are innate concepts or all knowledge comes from a sensory organ-mediated encounter with the physical world. Psychology generally avoids these issues in favor of those that can be solved using its unique techniques. However, these philosophical concerns are still alive; for instance, scientists constantly debate the relative contributions of innate and learned components to the perceptual process.

Philosophers and psychologists widely acknowledge a distinction between feeling and perceiving based on reason as crucial (or between sensations and percepts). Nevertheless, proving scientifically that Perception and sensing are distinct is quite different. For instance, it is frequently stated that perceptions are complicated, but sensations are simple. Experiments can only show that things in one category are "simpler" than those in the other if there is some predetermined (a priori) basis for classifying experiences into sensations and percepts. The first categorization itself cannot be empirically tested on its arbitrary foundation. Leaving verification issues aside, the concept that perceptions are made up of simple components connected by association is the basis for the simplicity-complexity dichotomy. It is conceivable that the skilled introspectionist can separate the components of Perception from one another and experience them as straightforward, unprocessed sensations. Simple, isolated stimuli, such as light flashes, might be presented to simulate the feeling of basic senses. The idea that sensing is unaffected by learning but perceiving is a further basis for differentiation is frequently put out. One may argue that a given stimulus will produce the same sensations every time (without weariness or other transitory changes in sensitivity), but the ensuing percepts may differ greatly based on what has been learned between each instance.

Finding examples of slowly evolving perceptions only requires a few basic steps. Tachistoscopes, which allow the durations of visual stimuli to be accurately regulated, can be used to study those perceptions with very quick time courses. Modern electronic tachistoscopes may successfully flash for durations as little as one millisecond (one-thousandth of a second). A study of the short-term development (microgenesis) of perceptions like those of basic geometric forms is made possible by such accuracy. Accordingly, it has been discovered that the Perception of a small black disc is interfered with (masked) by the swiftly succeeding tachistoscopic presentation of a second stimulus: a black ring that tightly encircles the disc. As far as the testing subjects can tell, the disc target does not appear, even though it is easily recognizable when flashed without being accompanied by the ring. Other target and mask stimuli have also been used with success.

Our sensory Perception of the world is referred to as Perception. We learn more about our surroundings as a result of this experience. Our ability to see things depends on our cognitive processes to process information, such as using memory to recognize a friend's face or smelling a perfume we are familiar with. We remain connected to the outside world due to Perception, which is crucial. Our ability to perceive keeps us alive. A consistent critical mediator between stimulus and response allows us to detect danger. Perception provides knowledge that is just as significant, if not more significant, than any of the other senses.