Albert Einstein discovered the particle nature of light based on the fact, that metals eject electrons when it comes in contact with light. Electromagnetic effects are integrally associated with this nature of light. According to Albert Einstein, electromagnetic energy is associated with significant packets of quanta, which are also known as photons. As per the former and traditional observations, the ejected electrons are highly influenced by the wavelength of light. The released electrons are directly impacted by the intensity of light. Most scientists previously regarded this as the wave. The experiment of electron ejection is connected to the photoelectric effects of the photons.

The characteristics of particle nature of light

As per the traditional concept of scientists, light travels in a waveform. As the experiment about the photoelectric effect is done, this fact came to the light that light possesses energy packets. Rather than that, the other forms of energy also comprise significant quanta of energy. Photons are simply the constituents of energy and energy-containing packets (Cardoso et al. 2018). An example of a photon such as the conversion of particles into light and heat by the Sun is an important characteristic of particles.

X-rays, radio waves, and microwaves are some of the important examples of electromagnetic energy that are made from photons. In an empty space, photons are found to travel even at the speed of light. Photon's overall charge is 0 all the time and that is why it is known as 'electrically neutral' (An et al. 2020). Another important fact is that photons are found not to decay it.

The nature of wave-particle duality 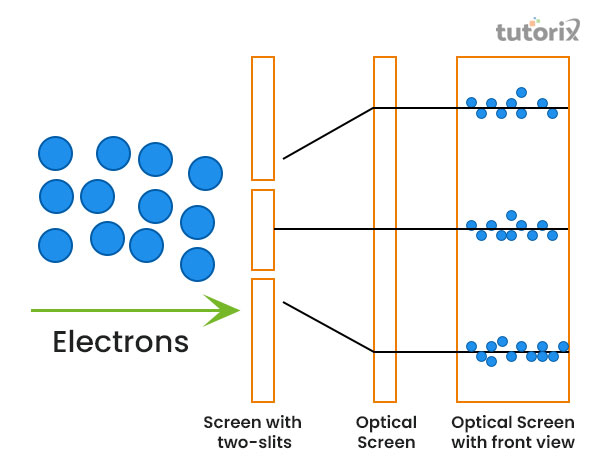 Monochromatic wave is integrally connected to this concept. Quanta of energy are associated with the fact that light waves come in form of particles.

The duality nature of light is integrally connected to Young's experiment of double-slit. In this type of experiment, electrons are found to be stuck on this double-slit medium. These actions often result in defining proof that the wave character of light is significant and unique in nature (Alonso-Álvarez et al. 2020). The line "the light is not only a wave but also a particle" can be considered as proof of this statement. The characteristics of both a wave and particle exist in the characteristic of photons. 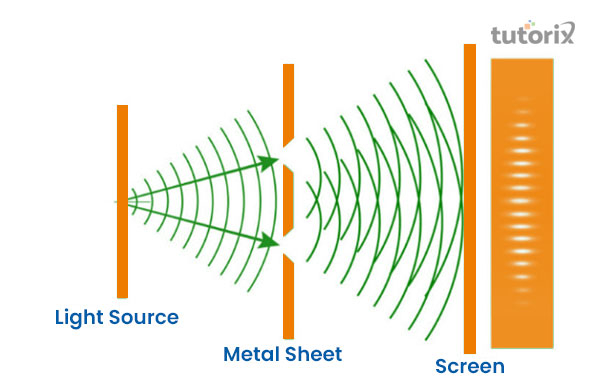 The nature of light directly actions when it interacts with some metals. Free electrons are also found in this process. In the field of light propagation, the wave nature is prominent. Light significantly exhibits the duality of wave particles which is an important role in the electromagnetic field of energy.

Dual nature of matter by De-Broglie

As per the opinion of De-Broglie, every matter possesses a dual nature. Wave properties such as interference and directions are exhibited by the different nature of matters. The equation E=hv, p=hc/(λ) is important to understand the dual nature of a matter. As per this equation, E denotes the energy value whereas v is the value of frequency and h is the Planck constant. The value of the plank constant can be presented as 6.627*1027. The c in this equation denotes the velocity of light and the λ denotes the wavelength of the light. Based on this equation, the relationship between the nature of light and the photoelectric effect can be defined and explained. 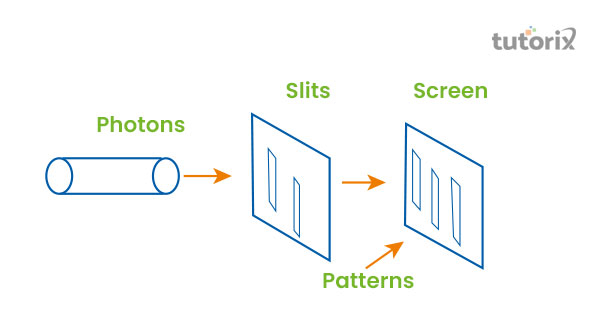 There are some important properties of protons based on which the value of these matters is determined. The two most important theories are 'quantum field theory and 'Heisenberg's uncertainty principle. In relation to modern physics, waved-particle regarding duality plays a significant role in analysing electromagnetic energy.

Heinrich Hertz first recognized the photoelectric process in 1887. In Photoelectric affect absorption of electromagnetic radiation by material results in release of electrically charged particles from the materials. 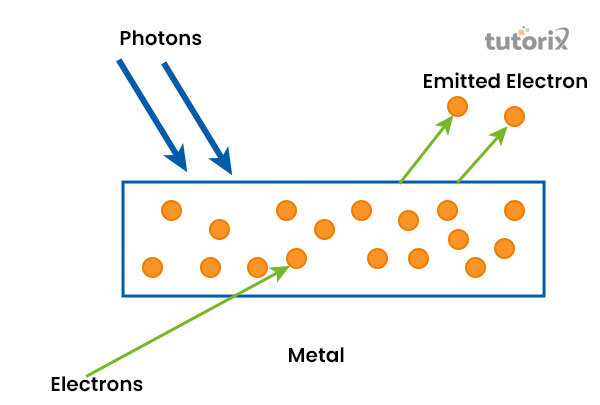 Photoelectric effect occurs when photons strikes metal surface and electrons are emitted. Photons that reduce the threshold value when it hit the metal surface, electrons are not ejected. However, photons with high threshold value results in energy transmission from photon to electron thereby resulting in electron emission. Electron ejection relies on wavelength of light.

The particle nature of light helps in increasing the overall intensity of light. The radiation process also affects the number of photons. An important characteristic of a photon is that it remains unaffected by a different magnetic and electric field. A photon is such a particle that is spin-1 in nature. The spin axis of the photon is parallel in nature. The polarization of light is also supported by the properties of photons. During the photon-electron collision, the momentum, and the total energy are conserved. The light is a result of significant electromagnetic radiation which helps in sectioning the electromagnetic spectrum. This electromagnetic spectrum is visible to the human eye.

Q1. Does a photon consist of mass?

A photon does not have any mass. Since, photons lacks mass, they lack they obey E=pc and thus get energy from momentum.

Q2. When does the emission of electrons take place?

The emission of electrons takes place at the time when any material is hit by significant electromagnetic radiation. The effective energy of a particle is useful as it helps in increasing the frequency level.

Q3. Which type of collision is related to the emission of photons?

Elastic collision in which overall momentum and energy are collected is related to photons. Photons transfer energy to the other particles after a significant collision

Q4. What is the other role of photons as a carrier?

Photons are also known as the carrier of electromagnetic forces. Photons form the significant constituent of light.

Q5. What is the difference between particle and wave nature of light?