Sexual fantasies and their intent to make them real are common among people. Nevertheless, when these fantasies and behavior are beyond the understanding of a society's uncommon and bizarre reality, causing harm to themselves or others, it is considered "paraphilia."

According to DSM-5-TR, paraphilia is described as a "range of conditions in which a person engages in uncommon or bizarre fantasies or behavior for sexual excitement such as using non-human thing such as animals, using opposite-sex clothing; repetitive sexual behavior involving actual or simulated pain or humiliation, such as flogging or bondage; or repetitive sexual activity with nonconsenting partners. "Sexual arousal to unusual things, events, and targets is a trait of paraphilia. However, some sexual acts that appear strange to another person or a health care practitioner do not constitute a paraphilic illness. People can have paraphilic interests but not have paraphilic disorders. Only when a person has distress or impairment as a result of their paraphilia or when their behavior has affected or harmed them or poses a risk of harming others is it recognized as a "paraphilic disorder."

Symptoms of the Paraphilic Disorder

Most people with bizarre sexual interests do not have a mental illness. Paraphilias are only regarded as clinical conditions when the behavior is persistent and intense, affects the functioning of their lives, and poses a threat to themselves or others. People with the paraphilic disorder may not be able to engage in loving and mutual emotional and sexual relationships. An individual with a paraphilic disorder feels psychological distress not because of societal criticism but due to his interests or behavior. Another characteristic has sexual acts or behaviors that involve harm to another; a desire for sexual behaviors involving another person without consent. 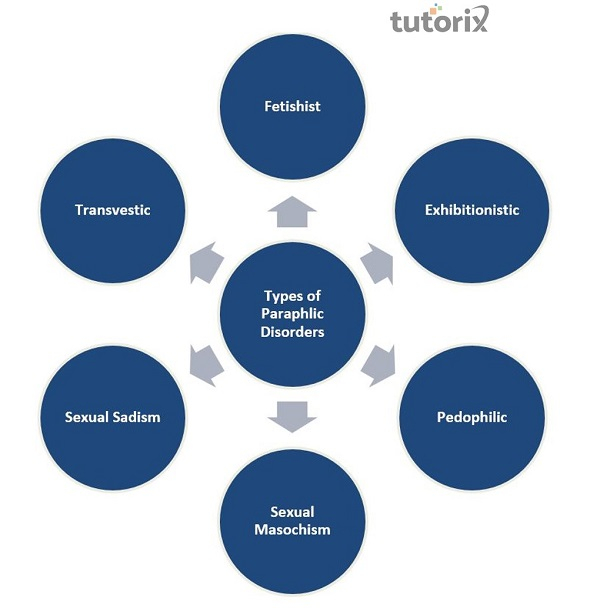 Treatment Options for The Paraphilic Disorder

Even though there is currently no treatment for disorders, some research has shown that paraphilias can be effectively treated using a multimodal treatment strategy. This may involve pharmaceutical and psychological treatment methods, such as antiandrogen drugs. Adult males who suffer from severe paraphilias can be treated with antiandrogen medication and cognitive behavioral therapy. Selective serotonin reuptake inhibitors have been used to treat sexual compulsions, juvenile paraphilia, and moderate forms of paraphilia.

Exhibiting paraphilic behavior or fantasies does not necessarily indicate a mental condition. Less harmful variations of the fantasies and actions are possible, as long as they are not illegal or dysfunctional, prevent the growth of healthy relationships, and do not hurt the person or others. As paraphilia is a persistent condition that typically lasts a lifetime, psychotherapy and pharmacotherapy can provide effective treatment and management.