The term "paranoid" has in recent times become a catchphrase for "everything and anything" related to pessimistic anxieties, outlook on things when they are not going as planned, or the constant worry of "what might happen if." One may get paranoid because they may feel that others might be following them or would probably inflict harm to them. These thoughts are normal to have worried many people at some point in their lives but have no bearing on their daily life.

What is the Meaning of Paranoid Personality Disorder?

When the thought processes become severe, with constant feelings of being targeted and distorted thoughts characterized by extreme suspicion of others' activities towards them, it causes distress that extends from romantic relationships to the workplace, making it difficult to maintain close relationships. This severe state of paranoia is termed Paranoid personality disorder.

A case of a 36-year divorce man with severe paranoid personality disorder better explains the characteristic features and provides great insights into the treatment. The subject had trouble since childhood and presented himself to a professional with complaints about his physical health and anxiety, compulsion and obsession with hand washing, fatigue, and hatred towards other people. He was very aggressive towards children and involved himself in conflicts. His work-relation had been disrupted due to the recurrent interpersonal conflicts and aggression attacks even at the slightest inconvenience. His friend group consisted of only his brother-in-law. This case illustrates how an individual seeks treatment or intervention only when faced with a crisis or pathology such as depression and anxiety. Secondly, when triggered they often experience panic attacks, obsessive-compulsive thoughts, or somatoform disorders. They lose all social life and become isolated, as seen in this case. In the case study, it is seen that his personality comprises excessive aggression and mistrust. However, other cases show that the comorbid condition is severe substance and alcohol abuse. Treatments for all aim to minimize symptoms and build healthy thought processes and relationships.

Thus it can be noted that paranoid personality disorder, which is the criteria of distress and suspicion of others, often leads to conflicts and rigid beliefs against them, ultimately leading to fear in relationships concerning personal and workplace constructs.

According to DSM 5 personality of a paranoid person is characterized by pervasive distrust and suspiciousness toward others and their motives, which the individual interprets as malicious and evil intent others. This disorder usually begins in early adulthood and are presented in various context. The diagnosis for this disorder is categorized into two criteria: A and B.

"Criteria A: is global mistrust and suspicion of others motives starting in adulthood" and has seven sub-features, namely−

"Criteria B: state that any of the above symptoms are not present during any psychotic episode such as in schizophrenia bipolar disorder or depressive disorder with psychotic features."

Cause and Risk Factors Involved in PPD

The specific cause is not known for PPD. But factors that make an individual predisposed to developing it include − 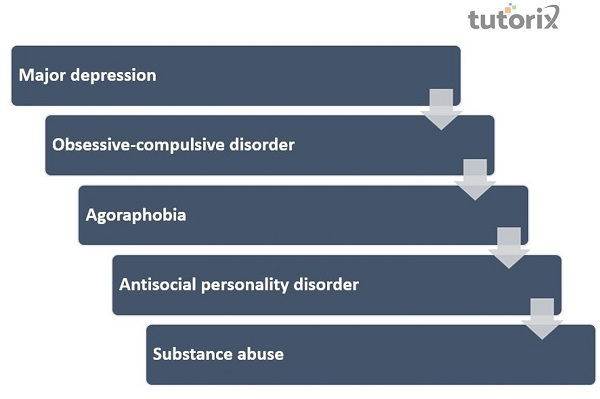 Similarly, in other aspects of life, such as the workplace or a social event, individuals who are suffering from paranoid personality disorders find it difficult to sustain relationships and always indulge in conflicts or verbal aggression due to their belief that the other person is always conspiring and holds malicious or evil intentions towards them.

People with PPD, not seeking medical help makes diagnosis and treatment in later stages difficult and sometimes also get misdiagnosed by the coexisting conditions. Treatment is challenging as a person suffering from PPD has a suspicion and mistrust for others, even those trying to help him. Therefore, relationships between therapist and client are a major component of the effectiveness of the treatment. They also try to find reasons and hidden meaning and would feel that seeking help is not a good fit and is just a conspiracy being fueled against them. To help with such conditions, the first line of treatment is good rapport building and trust in the relationship between the professional and client.

Psychotherapy such as CBT- cognitive behavior therapy or DBT Dialectical behavior therapy is the first treatment of choice. It focuses on increasing coping skills, especially empathy and trust, and improving communication, self-esteem, and social interaction. An individual with PPD may discontinue their treatment and ask motives and questions about the motive of the professional. Therefore, medications in such cases usually revolve around anti-anxiety, anti-depressant, or anti-psychotic drugs to help with the symptoms of extreme state. Lifestyle changes and boundary setting are also developed during the treatment course.

PPD is a serious mental illness requiring more in-depth research and understanding. No specific biological or physiological causes have been found, but several risk factors have been identified. Regarding treatment, there is a need for more effective intervention as trusting and forming healthy relationships are challenging for people with a paranoid personality disorder. Psychotherapy and medications, along with lifestyle adjustment, help minimize the effects and severity of symptoms. It is best to seek professional help at the earliest to avoid complications and manage the severity of the symptoms disrupting an individual's daily life.