Feature Detection Theory or Pandemonium architecture is a paradigm in neuroscience that either tries to clarify how we perceive the globe surrounding us. It can be employed in equipment analysis and other AI-related domains. This concept was created by the pioneer of AI- Oliver Selfridge, in 1959. It uses a metaphorical collection of demons transmitting messages to each other to explain recognition accuracy as a patriarchal order of detection and association in the field of cognitive research. This theory is now widely accepted as the most crucial fact we know about how we see. Among the earliest simulation devices in pattern acknowledgment was the pandemonium architecture. 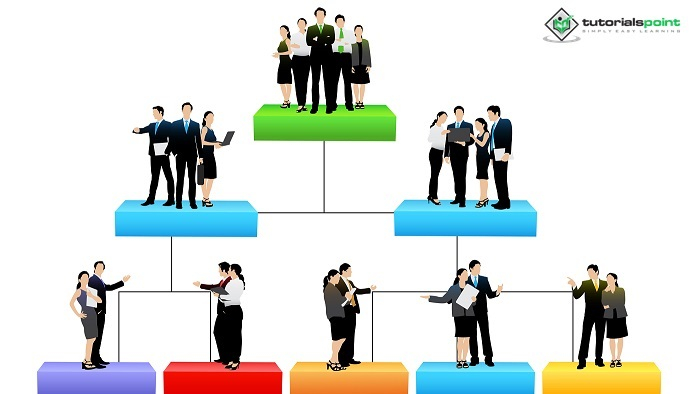 The events, items, features, categories, and so on. Neurons represent just some things that contribute to perceptual and cognitive abilities. To rephrase, we are not analogue computers, and it is not a case of either/or, nor does it depend on where you stand. Other relevant considerations include degrees of intensity, amount, and volume. Neurons do not simply operate on a binary system; they can shoot quickly, often, or infrequently. A neuron may receive hundreds of firing instructions from other synapses and many inhibition signals. Similarly, our thoughts can either have a lasting impact on the world and inspire a plethora of similar concepts or be fleeting moments of brilliance that fade as quickly as they appear.

The structure comprises various "demons" that operate autonomously to analyze the incoming visual data. Demons are organized into groups based on the stages of recognition they are responsible for and then function in parallel within those groups. In the original design, there are four distinct categories of demons. 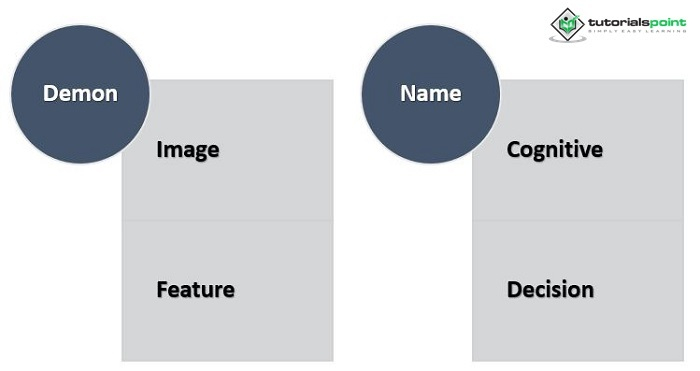 Image Demon − It captures the view shown to the brain's retina.

Feature Demon − The universe is full of "feature demons," essentially monsters that stand in for specific characteristics. Various kinds of lines, such as long straight lines, curved lines, etc., can each be represented by their feature demon. If a feature demon encounters a feature to which it is "matched," it will "yell" about it. Remember, those characteristic demons represent a category of neurons rather than an individual neuron. The "vertical line pattern devil" is one such creature, standing in for vertically processing neurons in the retina.

Cognitive Demon − Make sure you pay special attention to the yelling of the demons in the highlighted scenes. Each of your devilish thoughts follows its unique pattern, e.g., a character in the alphabet. The accuracy with which the characteristic devils recognize the pattern determines the content of the cognitive demons' yelling. This mental yelling gets louder as more matching traits are found. For instance, a demon with the r character of cognition might get very worked up if other demons with lengthy curved, straight, and low-inclined trend components are shouting very loudly. A creature with the p character of cognition might get a little worked up, but the z-character cognitive demon is more likely to remain silent.

Decision Demon − Represents the final step in a sequence. It hears the "yelling" of the creatures in one's head. It is compatible with whichever irrational foe is making the most noise in your head at the time. To a large extent, our minds are taken over by our designated demon. The R cognitive demons would be the strongest, trailed by the P demon. Thus we would perceive R. However, if the displaying parameters were substandard (for example, the letters were fast flashed or had areas blocked), we might be more inclined to misidentify P. To understand what the term "pandemonium" means, consider all the "yelling" that has occurred across the system.

Several real-world issues, such as deciphering side Morse codes and recognizing hand-printed letters, have been solved using the pandemonium architecture. Overall, the precision of pandemonium-based models is outstanding, even when the system was only given a small period to learn. For instance, Doyle built a chaos-based system that uses more than 30 intricate feature analyzers. He proceeded to teach his system a few hundred new alphabetic symbols. This step involves evaluating the inputted letter and producing its result (what the system identifies the letter as). The system's output was compared to the proper identification, and the resulting error signal was used to fine-tune the relative importance of the feature analyzers.

Psychophysical studies have shown conclusively that letter recognition relies on their constituent properties, and there is important new information on the component" of these components. While MRI has shown promise in identifying the specific brain regions participating in letter perception, new electrophysiological recordings have shown promise in contributing to our knowledge of the temporal dynamics of the systems occurring in letter identification.