You might have noticed that a few people have the habit of excessive cleanliness and they examine minutely everything that they receive. Without proper examination, they do not use it. Such people keep washing their hands and remain frightened of touching any new thing. It may begin as an act, but when it becomes a compulsion and the respective people are unable to resist themselves, it takes the form of disorder. 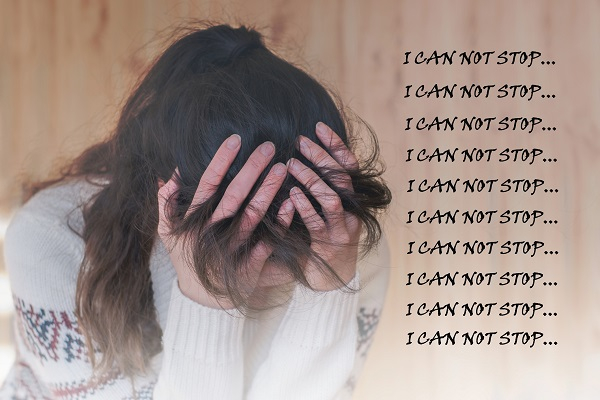 What is Obsessive Compulsive Disorder?

Recently, national representative surveys have revealed that OCD is associated with significant comorbidity and morbidity, with a lifetime prevalence of 2-3%, but regional differences exist. In the general population, women are more vulnerable than men to have OCD, although, in clinical samples, the gender split is frequently fairly even. Although OCD can sometimes be induced in some women's peripartum or postpartum period, beginning in females that typically happens during adolescence. 90% of respondents with lifetime OCD in the NCS-R satisfied the diagnostic standards for another lifetime disorder in the DSM- IV, with anxiety disorders, mood disorders, impulse-control disorders, and drug use disorders being the most prevalent.

Although social and cultural factors can undoubtedly affect how obsessive-compulsive symptoms manifest and are experienced, there is also a significant degree of globalization in OCD symptoms.

What Leads to OCD?

There are various psychological and biological explanations.

According to Mowrer's two-stage theory of fear and its maintenance, which serves as the behavioral basis for OCD, people first learn to feel anxious or uncomfortable by associating those emotions with a stimulus that was initially neutral. Through training, an initially neutral stimulus might cause anxiety, leading to the subject's avoidance and evasion behaviors. These reactions become more powerful and persistent over time due to their success in lowering the initial fear. This cycle of conditioning and reactions explains how ritualistic behaviors connected to OCD's compulsion component develop.

It was not enough to properly explain every component of the condition, especially the nature of the obsessions. With the emergence of cognitivism, researchers created a novel method for answering the question.

The notion that obsessions developed from a foundation of excessive worries about specific events and an exceptionally high expectation of unfavorable consequences from these otherwise normal events were crucial in the early development of a cognitive theory of OCD. Theoretically, obsessions start with an ordinary, intrusive thought that interacts with a belief system the person holds so that it creates noticeable discomfort or worry. Further advances in models along these lines support this notion. Consequently, this worry is coupled with a stronger sense of accountability and self-blame. Despite gaining acceptance and strength as an explanation during the decades, cognitive theories fell short of providing a comprehensive explanation for OCD. However, the cognitive behavioral theory emerged through the advancement of this hypothesis.

Understanding behavior and cognitions, which impact emotions and each other, provides a far more comprehensive framework for comprehending the onset and maintenance of OCD. It was first publicly explained by Bandura's social cognitive learning theory (1977). This combination has received the most empirical support of all psychological theories. According to the cognitive-behavioral paradigm, one's dysfunctional beliefs cause obsessions and compulsions, and the stronger those beliefs are, the more likely someone is to acquire OCD.

Family genetic investigations have demonstrated that OCD is a genetically diverse condition and that a key element in determining familial risk is the age at which symptoms first appear. It is generally accepted that the risk of morbidity for OCD and OC among the family members increases with OC symptoms. The importance of genetic factors is supported by twin studies, which reveal a concordance rate of 22 to 47% for dizygotic and 53 to 87% for monozygotic.

According to morphological and functional neuroimaging studies, OCD patients have aberrant metabolic activity in the orbitofrontal cortex, the anterior cingulate gyrus, and the caudate nucleus. Thalamic activity changes as a result of improper basal ganglia cortical impulse filtering. When excitatory impulses from the thalamus reach the orbitofrontal cortex, they create a "barrier" that stops people from turning their attention away from some (often unimportant) issues. Consider the frontal cortico-striatal-thalamic-cortical circuit as a closed electrical system to understand the role of the basal ganglia in OCD. The striatal section of the loop, the caudate nucleus, should act as a circuit breaker in this situation and shut off the circuit whenever an "overload" occurs. However, it does not happen, which leads to the repetition of behaviors.

Pharmacotherapy, specialized psychotherapy, or a mix of the two can be used to treat OCD. Cognitive behavioral therapy and medication with selective serotonin reuptake inhibitors are first-line therapies for depression (SSRIs).

The cornerstone of the pharmacological management of OCD is the selective serotonin reuptake inhibitor (SSRI) class of medications. Early in the 1980s, the tricyclic antidepressant clomipramine was demonstrated to be helpful, but adverse effects prevent it from being used as a first-line treatment. In 1989, fluvoxamine was initially found to be helpful for OCD sufferers. Since then, the effectiveness of SSRI administration in OCD has been thoroughly proven by more than 20 blinded, placebo-controlled investigations. SSRIs are the first-line pharmacological choice for the treatment of OCD due to their demonstrated efficacy and relatively mild adverse effect profile.

The behavioral theory of the disorder has given rise to "exposure and response prevention," in which the person is exposed to stimuli that arouse their obsession and then given assistance not to react with compulsions to flee or otherwise fulfil their obsession; repetition of these stages results in the extinction of the feared response. There are many similar steps when adding cognitive therapy to exposure and response prevention.

The focus is still on changing behavior and going on the right paths in life. It makes an effort to increase involvement and offers a formulation that enables the patient to recognize a wider array of cognitive processes (such as exaggerated responsibility and thought-action fusion) that uphold OCD symptoms. The strategy is to challenge these mechanisms and the patient's assessment of their intrusive desires and thoughts (not the content).

Unfortunately, many patients still have substantial symptoms even after receiving the best care. Moderate or severe OCD seldom disappears, and lifelong management is frequently required.

Obsessive-compulsive disorder is a serious mental disorder and if it is not taken care on time, it may lead to many other health-related issues. The OCD patient has some typical characteristics, which can be easily detected with a little attention, even patient can himself/herself take note of his/her compulsive behaviors. Once come to know, do not ignore it rather immediately consult to a psychologist.