Most teenagers are deterred from illegal or delinquent habits because of the shame and humiliation associated with transgressing social standards or going against personal values, as argued by Gresham and Matza. So, if they want to engage in deviant or criminal activity, potential offenders must discover strategies to shield themselves from guilt and maintain a positive soul. One approach is neutralizing strategies that allow for temporary freedom from moral restraint and the consequent vacillation between deviant and normal conduct. Drift occurs because neutralizing strategies reduce the impact of harmful social norms and remove the stigma associated with engaging in criminal activity. Using these data in a simpler summary, people can participate in delinquency without suffering long-term repercussions to their sense of self since societal and psychological constraints that help to check or restrict deviant motivating patterns are neutralized.

Sykes, as well as Matza, identified five strategies for neutralization: blame-shifting, blaming others, blaming the victim, appealing to higher loyalty, as well as blaming the blamers. Overall, researchers have found contradictory findings when testing the idea, leading many to believe it is insufficient as a single explanation for criminal habits. Control theory, cognitive theory, and social model are just a few of the many that have integrated neutralization concepts.

What do Neutralization and Drift Theory Explain?

To explain why lawbreakers transgress the rules while simultaneously absolving themselves of responsibility, the "neutralization concept" concept was formulated. In the 1950s, legal experts Gresham, as well as Matza put out the hypothesis that young delinquents often switch between lawful and illegal actions. This implies that young offenders are assumed to be aware of the distinction between appropriate and inappropriate conduct and that they recognize the immorality of engaging in lawbreaking. Whatever the case may be, the acts and habits of these young people vacillate here between two extremes. Since its inception with Sykes and Matza, this idea has been applied to a wider range of offenders beyond only young adults. This stands in stark contrast to other explanations for criminal conduct. Certain investigators hold that some persons have a genetic predisposition to criminal activity, while many others think lawbreakers are always hardwired to violate the law.

Techniques of Neutralization and Drift Theory

Euthanasia and Drift According to this theory, young people, feel responsible for following the rules, and this duty to comply with the law often persists. Nevertheless, young offenders often turn to criminal habits once this responsibility is overburdened. Sykes, as well as Matza's justifiable stealing scenario, is illustrative of this kind of stress. When a company's pay is reduced, it is easier for them to justify thieving from their company since they believe they "merit" the income less than they had before. Most criminals possess the same morals, perspectives, and ideals as upstanding members of society. Juveniles may acquire skills that "neutralize" such values and convictions for a while. According to this line of thinking, lawbreakers intentionally flout societal norms and utilize these neutralizing strategies to lessen society's grip on them. 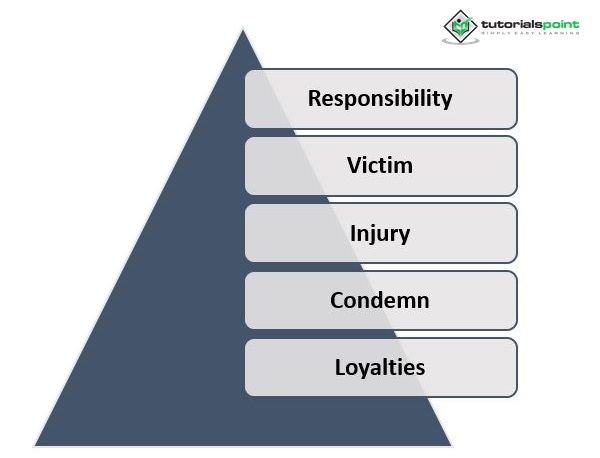 Principles of Neutralization and Drift Theory

Drift argues that neutralizing methods provide teenagers with an escape from the constraints of traditional social norms. The results indicate a lack of social control exists when these methods are used. Soft predestination, as Matza coined it, was further refined by Matza. Believing human habits are not bereft of freedom merely because they are casually decided" is a central tenet of soft materialism. Knowing what Sykes calls "the subculture of delinquency" is crucial to the success of Neutralization. In its current form, this counterculture is seen as distinct from mainstream society and rejects its standards and ideals. Sykes illustrates his point concerning gang culture. Most gangsters are not 100% dedicated to the group's cause. "Mundane troublemakers," as Sykes puts them. Sykes claims that many gang members appreciate legislation as civilians and that those who commit crimes are often overcome with regret. Sykes also emphasizes the fact that gangsters selectively choose murder victims. In conclusion, the vast majority of gangsters spend their days doing lawful things, which lends credence to the idea that they exercise their own free will. All three factors indicate thieves are aware of and consciously following societal norms.

Sykes's "Underground values" are another important tenet of Neutralization. In addition to the more commonplace integers, these also exist. Matza uses the rush of adrenaline as an instance of an individual aberrant habit. These hidden norms permeate many facets of human interaction. Matza argues that prospective mentors like educators, families, and co-workers all have a part in reinforcing these ideals in the lives of their students and employees.

Many questions about causation have been raised regarding the Neutralization hypothesis and its use in criminology. Since nobody has come up with a good definition, work has been hampered by methodological weaknesses. There have been policy repercussions as a result of these problems. According to Matza and Sykes, eliminating conflicts in the prevailing culture, unfairness, and double rules is necessary to reduce the likelihood that individuals will neutralize.