The metaphors of comparing a brain with a computer stand true in many ways. If the mind is software, then the brain is its hardware—when dysfunctional, it can lead to software complications. When broken or disorganized, the wires in the hardware (i.e., nerves) can lead to dysfunctional software. These software complications can cause a variety of disorders, and one such chronic disorder is Schizophrenia.

Schizophrenia may be caused by many risk factors like genetic factors, prenatal factors, psychosocial factors, etc. An interesting set of etiological factors are associated with the neurodevelopmental perspective, which has been explored in great detail since the early years of the study of this disorder. These factors can be studied under various heads like cognition, brain juries, neurodevelopmental in specific age groups, cytoarchitecture, etc. 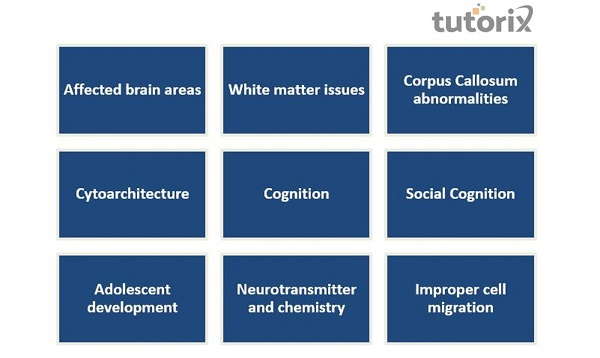 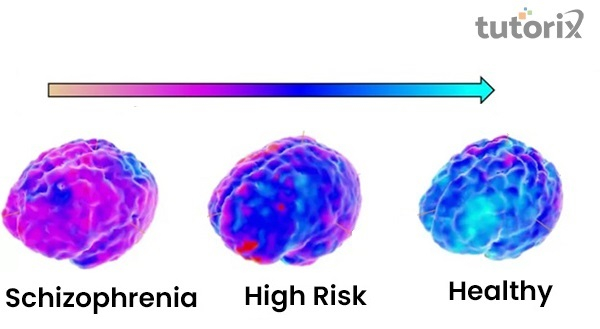 Schizophrenic patients’ studies of the brain often show volume increase in certain parts of the brain and a decrease in others based on whether they are associated with positive symptoms or negative symptoms of the disorder. Studies also report enlargement of brain areas like brain ventricles. These changes are observed in nearly all patients, but males have been more affected by the same. Interestingly, these brain volume changes are observed in patients and people with a high genetic predisposition to the disorder. Thus, clinical research suggests a high possibility of these changes or abnormalities linked with Schizophrenia.

Additionally, an increase in gray matter or change in the anatomy of the hippocampus (associated with memory and learning) and amygdala (associated with the perception of fear, sadness, anger, anger response, and emotional memory) has also been reported in patients as well as high-risk individuals. Furthermore, a reduction of frontal and temporal lobes, which are critical in memory, decision making, and auditory information processing, has been observed, which gives a clear reason why such patients experience symptoms like hallucination, delusions, and blunted affect. These areas of the brain either do not go into action or report hyperactivity indicating more than normal use of resources for a task.

White matter is crucial for brain connectivity and thus has a significant role in the brain. Impairment to this component of the brain especially decreased integrity of white matter track, and abnormal morphology can have direct involvement in Schizophrenia. These abnormalities have been found in both patients and high-risk people. Interestingly, white matter changes in the temporal lobe can also predict the later social functioning of the patients.

Schizophrenia patients exhibit a variety of abnormalities in the corpus callosum which are strongly related to manifestations and expression of psychotic symptoms. The abnormalities may be in the absence of crossing fibers in the parietal area of the brain or increased diffusivity, especially in the frontal region. These dysfunctions in the connectivity of brain regions lead to psychotic distortions in patients and, at times, in at-risk people.

Cytoarchitecture is the cell organization of the brain, and it has been reported to have a role to play in this disorder. It is believed that genetic vulnerability combined with prenatal risk factors can lead to disruptions in the migration of neurons in the brain, thereby compromising the cytoarchitecture of the brain. These abnormalities, particularly in the distribution of cells in the cortex and hippocampus, affect the brain's functioning. Further, such patients have been reported to be missing parts like inhibitory neurons called GABA interneurons responsible for the excitability of other neurons. These abnormalities then affect the excitatory function of the brain, thereby causing schizophrenic symptoms.

Cognition not only happens to be one of the most significantly affected modalities but also has been reported to be one of the causes of the disorder. It has been seen that, at times, cognitive impairments appear before the diagnosis of the disorder and thus may have caused the psychotic symptoms. Impaired attentional abilities are highly associated with Schizophrenia, and people with a high predisposition to the disorder often report poor ability to maintain attention. Such people show dysfunction in memory and executive functioning. Further, low IQ has been suggested to act as an indirect risk factor for the development of Schizophrenia, while high IQ has been reported to be a protective factor.

Social cognition is understood as various cognitive processes in a social context. People with Schizophrenia have been very often reported to have impairments in social cognition before the onset of the disorder. How people receive social stimuli, process, and react to them are good general cognitive and developmental indicators and therefore indicate the risk of the disorder. Thus, a person who overthinks people's perceptions of him and has faced certain socially stressful situations like discrimination may develop Schizophrenia if had genetic or other predispositions to Schizophrenia.

Adolescence is an important developmental stage and has a significant role in affecting the risk of disorders like Schizophrenia. Adolescence as a stage is important in the development of personality and the brain. Experiences and injuries during this period thus have the potential to cause psychological disorders. Interestingly it has been reported that people with head injury had a 65% increased risk of Schizophrenia in later life.

Many symptoms of Schizophrenia are closely linked to neurotransmitter and hormone abnormalities. Chemicals like glutamate and dopamine have been observed to have an etiological connection to Schizophrenia, and dopamine, in particular, is associated with symptoms like delusions and hallucinations. For example, dysregulated dopamine transmission can lead a person to pay more attention to and significance to some stimuli which may not be that important— glutamate, on the other hand, when at low levels, has been associated with Schizophrenia.

Cell migration is an important component of brain development and is linked to disorders like Schizophrenia. Dysfunctional cell migration could lead to psychotic symptoms like delusions and hallucinations. For example, improper migration of olfactory neural stem cells can lead to olfactory hallucinations. Additionally, this dysfunction in cell migration is often associated with viral infection during the second trimester, which leads to some cells failing to reach their destination, causing schizophrenic risk.

The neurodevelopmental perspective reveals a lot about the inner anatomy and underlying etiology of a complex disorder like Schizophrenia. This field has been at the core of many recent pieces of research, and many mysteries are still to be discovered. These developments are not only relevant for understating the prognosis of the disorder but have great implications for the treatment paradigms and pedagogy of the disorder.