Are you a gamer, loves to play live streaming games? But worry about the slower response in live streaming? On many occasions you feel frustrated due to high latency period, isn’t it? It is a common concern with many live streaming platforms, issues like poor client response, slow rendering visuals discourages the gamer’s enthusiasm. 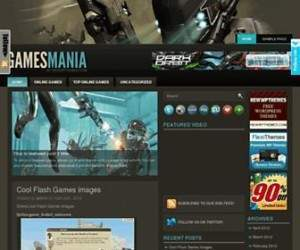 According to Matt Salsamendi, the co-founder and engineering lead at Mixer – “Mixer…. more than just the name, we’re launching several of the features that you all have been asking for. Features that will unlock a whole new world of possibilities for social streaming, and help viewers find the content they’re looking for across the service”.

Excited to know more about it! Let’s see some of the amazing features of Mixer to find out how it will enhance your gaming experience.

Live Streaming in its True Sense

For many existing live streaming platforms, an average 10 to 20 seconds latency is very common, the gamers who are actively playing the gameplay knows it better. But the Microsoft’s Mixer service claims that the live streaming is actually live in its true sense on their platform.

It is faster than light, the company claims the same. It makes your games streaming so faster that you may not have experienced such speed before. Thus, allowing you to quickly jump into the game without any hiccups.

Not Just Live Streaming, it is Interactive

It is a big evolution in the live streaming platform with the ability to not just watch streams as a viewer but also allows you to interact with other steamers to play together in near real time. It has several features to take your gaming experience to a higher level. 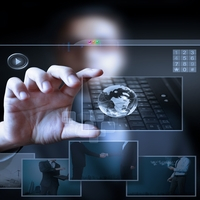 The viewers can actively participate in the game rather than just watching the progress. You have the power to influence everything, from quest selection to selection of tools to movement. Even you can mix it up with your favorite streamers to create a new variety of gaming activity. And then you can share your creation easily across the PC, Console, and Mobile to keep yourself engaged with the game from any of those devices.

You can start the streaming anytime from anywhere with just a few simple clicks. The Mixer service is available with Xbox One and Windows 10. You can find it on the Windows 10 Game Bar, and also on the Xbox One Guide. That allows you to simply click the Mixer service from there and start your streaming instantly without wasting any time or taking help of any additional software.

And also, you can share your gameplay with your friends quickly in just a few clicks. As per the official site dedicated to Mixer, very soon you can broadcast your gameplay on the go using the Mixer create App on your iOS and Android devices.

Apart from these amazing features, there are some more exciting features that are in development now. You will soon get those features on the Mixer service to upgrade your gaming experience. Let’s have a look on one of such App called Mixer Create App. 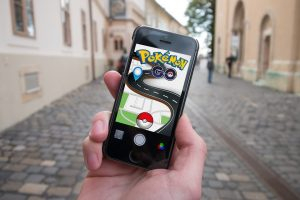 The Mixer Create App will provide you the ability to stream live gameplay from your mobile device. It will work for both iOS and Android mobile devices where you can broadcast your gameplay on the go. The company claims that it will surely open up entirely new social gaming possibilities. Imagine, you are playing Pokémon Go on your mobile device using Mixer streaming and then hunting with viewers, isn’t it exciting? The App is currently in Beta stage, you can download the Beta version for both Android and iOS. It is available publicly on Android, and through Apple’s TestFlight service but by invite only.

Mixer on Xbox One Dashboard

For the Xbox One user, you can find the Mixer page on your Xbox One dashboard. The page keeps on showing some of the most unique and popular streams for you to start your live streaming right from there. You can choose a variety of diverse, creative content on the Mixer page itself to engage yourself in the world of interactive live streaming games.

For the Mixer fan, the company launched a dedicated studio at the flagship Microsoft Store in New York. The Mixer NYC Studio is a digital production studio exclusively designed for live audiences who can participate in the competitive and community gaming events held time to time. 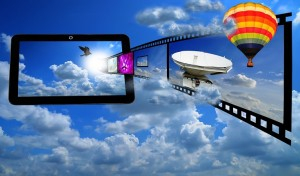 At the Fifth Avenue in Manhattan, the center has state of the art facility where you can experience next generation interactive gaming experience as players, creators, and viewers. You can indulge in various interactive gaming events and that can even broadcast around the world. The studio has a control room that supports 2D and 3D graphic effects. It is a professional level gaming stations with facilities such as digital audio system bringing arena, concert sound quality, full interactive lighting control, LED video wall, shout caster desks and player lounges, along with stage, audience and commentary setups. You can check the official site of Microsoft Store to know about the upcoming planned events and procedure to join them.

Another good news for the gamers is that very recently Streamlabs started supporting Mixer. You can find the “Connect with Mixer” option on the Streamlabs homepage itself, where you can start your streaming activities in Streamlabs through Mixer. This has been one of the most-requested features from many streamers and the company deliver it for its users.

Finally, there is no age of gamers, from younger kids to their Grandpa; a whole generation is like to play this kind of live streaming games. Microsoft’s Mixer can be a great platform for the gamers in the live streaming arena, and that too interactive. It can be a milestone in the interactive social gaming if the gamers actually admire its several features. But the final verdict is in the hands of its real users which will be out soon to the public.