What is a Software Metric, exactly?

A quantitative indication of the size, dimension, or capacity of an attribute of a product or process is called as measurement. A software metric is a numerical measure of an attribute that a software system has in terms of Cost, Quality, Size, and Schedule.

Cyclomatic Complexity in Testing of Software

The number of linearly independent pathways in a code segment is measured in terms of cyclomatic complexity. It's a software statistic that shows how complicated a program is. It is calculated using the program's Control Flow Graph.

The nodes in the flow graph are the smallest sets of commands in a program, and a directed edge connects the two nodes, specify whether the second command should be executed immediately after the first. In 1976, Thomas J. McCabe created this statistic, which is based on a control flow model of the program. A program's control flow is represented as a graph with nodes and edges.

As a result, cyclomatic complexity M is defined as,

where E equals the number of control flow graph edges

The number of nodes in the control flow graph is denoted by N.

P stands for the number of interconnected components.

As an example, consider the following code section −

Cyclomatic complexity has the following properties −

Properties of cyclomatic complexity are as follows − 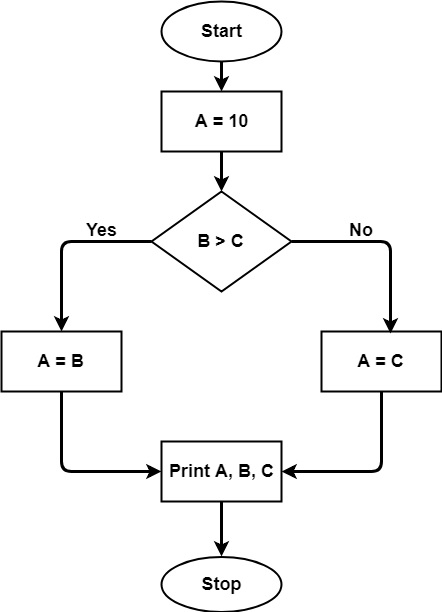 If the program is short, cyclomatic complexity can be estimated manually. If the software is particularly sophisticated, automated tools must be utilized because many flow graphs are involved. The team can come to a conclusion about the actions that need to be made for measurement based on the complexity number.

The adoption of these indicators earlier in the program aids in the reduction of risks.

There are numerous tools available for determining the application's complexity. For specific technology, some complexity calculation methods are employed. The number of decision points of a program can be used to determine its complexity. If, for, for-each, while, do, catch, and case statements in source code are the decision points.

These are some examples of tools.