Containerization technology are becoming popular day by day just because of its microservices architectures have profoundly changed the way of developing and operating a modern software. It enables IT organizations to become more agile and scalable. Today less than 30 percent of businesses are currently utilizing them, by 2021, more than half will leverage the power of containerization, according to Gartner. This number is likely to spike more than 75 percent by 2022. Due to which it's demand in the market is exponentially grown.

Docker and Kubernetes are the market leader in the world of containerization. Docker, make it easier to create, deploy, and run applications by using containers. And to manage numbers of container, Kubernetes and Openshift like container orchestration tools are used. Kubernetes is little bit complex comparing to Openshift.

What are the benefits of using Openshift over Kubernetes?

In this learning track you'll learn the similarities and difference between Openshift and Kubernetes then create YAML files to create pods, services, replica controller, replica set, deployment and deployment config. Then, scaling up/down of applications, updating and rolling back of applications and much more. 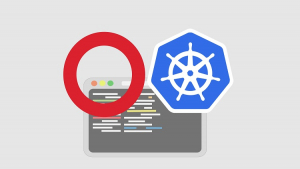