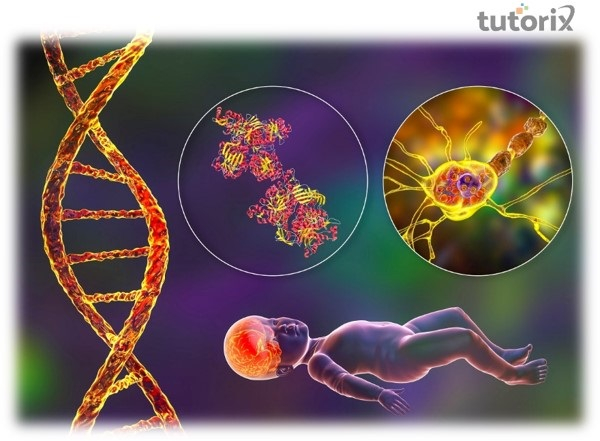 An excessively big skull with an occipitofrontal circumference (OFC) >2 standard deviations (SD) above the mean for a given age and sex is known as macrocephaly, which affects up to 5% of the pediatric population. An enlarged head is a symptom of macrocephaly, typically appearing late in pregnancy or childhood. Asymmetrical head and brain enlargement characterize hemimegaloencephaly. Some patients also experience somatic hemihypertrophy; frequent symptoms include seizures, developmental delays, and hemiparesis. By definition, between 2% and 3% of people have macrocephaly. There is little distinction between the sexes. 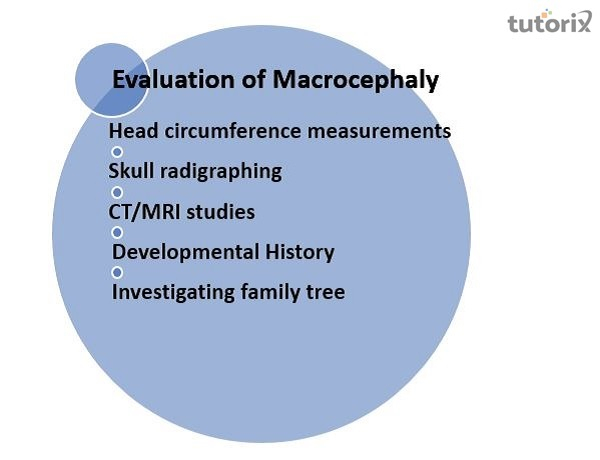 Macrocephaly should be distinguished from megalencephaly (MEG), which is defined as brain expansion that exceeds twice the SD (3SD—"clinically relevant" megalencephaly). Megalencephaly is most usually caused by a hereditary factor, whereas macrocephaly can be solitary and benign or could be the first sign of an underlying congenital, genetic, or acquired illness. A thorough review of the patient's clinical history, family and personal history, neuroimaging, and head size is also essential to arrive at an accurate diagnosis.

Research has shown that up to 15% of people with autism spectrum disorder (ASD) exhibit macrocephaly. There has been research into shared pathomechanisms for both ASD and macrocephaly, including disruption of the tightly regulated processes of neurogenesis, neuronal migration, and synaptogenesis that result in altered brain growth and function. Interestingly, individuals with ASD and macrocephaly have higher neuronal counts in their prefrontal cortex, which suggests that excessive neurogenesis or neuronal proliferation may be the pathomechanism behind the increased cerebral size in ASD. Additionally, abnormal cortical projection neuron laminar positioning was discovered during brain MRI and post-mortem examinations in children with ASD, highlighting the significance of proper neuronal migration for establishing the six-layer cerebral cortex and functional neuronal connectivity in the developing brain. After migrating, neurons undergo structural modifications that eventually lead to synaptic connections and integration into functioning neural networks for healthy brain function. Another theory associating ASD with macrocephaly involves inappropriate synaptic pruning or arborization, which increases dendrite size and quantity. The result is an increase in head size and a range of developmental features, including ASD, due to dysregulation of these developmental processes caused by mutations in genes involved in cell proliferation.

Many different disorders, such as hydrocephalus (excessive buildup of cerebrospinal fluid [CSF]), intracranial mass lesions (such as tumors, subdural effusions), thickness or enlargement of the skull (primary skeletal dysplasia), and a major increase in brain matter (megalencephaly), can result in this abnormality. The latter is observed in achondroplasia, neurocutaneous syndromes, lipidoses, leukodystrophies, mucopolysaccharidoses, and Soto syndrome. Primary megalencephaly can be a benign hereditary feature.

An increase in CSF fluid may also induce macrocephaly. In hydrocephalus, the ventricular system contains an excessively large volume of CSF, resulting in elevated pressure and ventricle dilatation. Hydrocephalus can be caused by excessive production, poor absorption, or a blockage in the CSF flow. Lethargy, irritability, developmental issues, nausea or vomiting, and limited upgaze are all clinical manifestations of high intracranial pressure caused by hydrocephalus. While cranial sutures and fontanelles remain open, the skull may expand; however, surgical intervention may be required when this compensatory mechanism no longer exists. A ventriculoperitoneal shunt is one option. A space-occupying lesion inside the cerebral vault can also cause elevated intracranial pressure. Another relatively common cause of macrocephaly related to an increase in CSF that emerges in the first six months of life, seen more in males than girls, is the benign expansion of the subarachnoid space.

Neuroimaging demonstrates anterior subarachnoid space expansion and differentiates it from anterior to posterior symmetric fluid collection associated with cerebral atrophy. Infants with this disease are developmentally normal, especially if born at term and have a normal neurological evaluation. However, they have an increased risk of subdural bleeding in the absence of trauma. Similar neuroimaging characteristics in children with a history of complex neonatal intensive care unit stay or the need for early extracorporeal membrane oxygenation (ECMO) may represent a distinct population and be linked with poor developmental and neurologic outcomes.

The precise etiology will determine how to treat macrocephaly.

It is critical to distinguish isolated macrocephaly from other possible head shapes while working with a baby with the condition. Plagiocephaly, defined as a flattening of one section of the skull, is frequently observed in kids with a history of laying their heads in one posture when sleeping. The early closure of cranial sutures causes cranial synostosis, leading to various head shapes. The premature closure of the coronal suture causes brachycephaly, characterized by a large head and a sunken forehead. Premature closure of the metopic suture causes trigonocephaly, which gives the forehead a triangular shape. Early sagittal suture closure causes scaphocephaly, which manifests clinically as anterior-posterior elongation and bitemporal narrowing. Other congenital skull malformations may be caused by trauma or stresses placed on the head during pregnancy due to numerous pregnancies, unusual fetal positioning, or oligohydramnios.