Software testing is quite a huge domain, but we can easily categorize all the types of testing in two broad areas – Manual and Automation. Manual testing means the software is tested manually by the testers, without the help of any tools, whereas automation testing contains all such types of testing techniques where the test cases are executed with the help of a tool.

Manual Testing has always been the part of the software development cycle but has recently received the center stage just some years back. Software testing has gained the importance in the due course of time, which changed the game in the software industry. The focus of the organizations has moved to quality due to heavy competition and software testing is the key contributor for improving the quality. 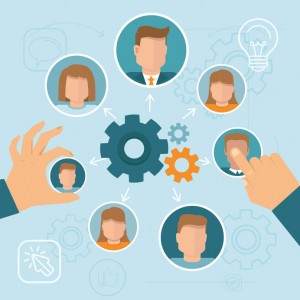 Organizations have started refining their processes and want to improve the quality but at the same time will also have to save on time to meet the ongoing competition. Some software testing tools contributed heavily in improving the quality in less period. They came as a boon in the industry. The automation testing started taking over various repetitive testing processes which used to be done manually and were time taking. This actually improves the quality as manual errors were reduced and it was faster than the manual processes. 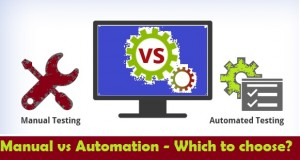 There is a clear distinction between manual and automation testing. They both have their own advantages and disadvantages. It is always good to know when to use and which one for best results. Even the tools within testing have a specific purpose and has its own pros and cons. There are various tools in the market to assist in functional testing, performance testing, regression testing and UI testing. But before this, let us look at the good parts of automation testing and the reason behind its innovation and popularity − And now with advantages, let us look at some down point. Automation testing is not a full proof solution. It too has its share of loopholes and few of them are −

Before deciding on the choice between automation and manual, always go ahead with a small quiz to understand the requirement. Do not take a hasty conclusion to implement the automation tool because of the buzz in the market. There are few points that need to be considered before going ahead with automation − 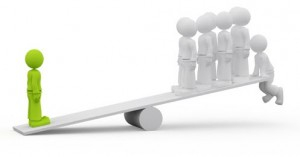 While considering all the above points, the test automation tools can be decided and a set budget for the same can be allocated. We cannot use the same tool for all types of projects. In our upcoming series, we are going to discuss the various test automation tools and their purpose. Every type of testing tool has their own individual advantages and disadvantages, which we will discuss in our next article. This is going to be a 3-series article to explore automation testing.