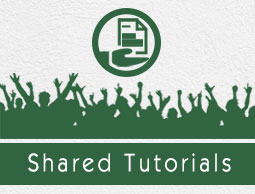 Backup and Sync for Google Drive with Multiple Accounts

Google Backup &amp; Sync syncs files between local and multiple accounts while MultCloud enables to sync files directly from one Google drive to a

Is It Possible to Google Backup and Sync Multiple Accounts?\r\nSince the release of Google Backup and Sync, it has become a hot topic among users. In general, people do not think it is as good as the former Google Drive backup software. It brings many problems to users while backup and sync files between local storage and cloud drive:\r\n\r\nGoogle photos backup stuck\r\nGoogle photos backup duplicate\r\nGoogle photos backup delete\r\nGoogle Drive doesn’t sync all files\r\n……\r\nBesides, users have a lot of features hope that Backup and Sync can have; one of them is google backup and sync with multiple accounts. Finally, Google allows to add up to three accounts to Backup and Sync in version 3.37.7121.2026 released on October 30, 2017.\r\n\r\nGoogle Drive Backup and Sync Multiple Accounts\r\nIf you want to add another Google account to Backup and Sync while you already signed in with one, it is very easy.\r\n\r\nStep 1. Click on the taskbar icon of Google Backup and Sync. In the pop-up little window, click on Settings (the three dots).\r\n\r\nBackup and Sync Taskbar Click\r\nStep 2. In the next pop-up little window, select Add New Account.\r\n\r\nBackup and Sync Add New Account\r\nStep 3. Then, it will display you with the get started page and you can follow the guidance to finish your settings just as you set up your first Google account the first time. When finally completed, you will see two Backup and Sync icon on the left of the taskbar with each carrying one Google account.\r\n\r\nNow, backup and sync multiple google accounts has achieved. What further requirements users may have on Backup and Sync? Backup to NAS? Backup to a remote server? Or backup from internal hard disks to external storage? There is a need I believe that most Google users want to have; that is to backup and sync files from one Google Drive to another or from Google cloud to other cloud like Dropbox, OneDrive, Mega, etc. Can it achieved by Backup and Sync?\r\n\r\nSync Files from One Google Account to Another\r\nGoogle Backup and Sync can accomplish files sync/backup from one account to another or from Google cloud to other clouds indirectly. That is, first of all, sync/backup those files from source cloud to local device with Backup and Sync; then upload them from local to target cloud or sync them from local to destination by destination cloud app like Dropbox.\r\n\r\nAs you can figure it out, the above method is troublesome. Is there an easier way to directly sync files from one cloud to another? With Google Backup and Sync, there isn’t now. Hope it can in the future. With third party program, there are several ones. A professional and safe one is a web-based software called MultCloud; it can easily sync files from one Google Drive to another.\r\n\r\nStep 1. Create MultCloud account. To make use of its service, you should create an account of it from its official website given above.\r\n\r\nStep 2. Add clouds. Add your Google accounts or other cloud drive accounts to its platform for management. In its main interface, click on Cloud Explorer tab, click Add Cloud Drives option in the left menu and select Google Drive in the right column.\r\n\r\nAdd Google Drive\r\nThen, just follow the easy steps to finish adding cloud account.\r\n\r\nTips: You can only add one cloud account in one time. To add extra accounts, just repeat the operations above. When all accounts added, you can see them listed in the left in Cloud Explorer tab.\r\n\r\nAdded Coud Accounts in MultCloud\r\nStep 3. Sync files from one Google account to another. In Cloud Sync tab, specify source Google account and destination account. Finally, click Sync Now.\r\n\r\nSync from One Google Drive to Another\r\nStep 4. Sync files between Google Drive and other cloud drives. Select one of you Google account as source and another cloud drive as destination in Cloud Sync tab. When all settings down, start sync.\r\n\r\nSync from Google Drive to Dropbox\r\nTips:\r\n\r\nOf course, you can vice versa set Google Drive as destination and set other cloud drives as source.\r\nYou can add more than one clouds as destination but only cloud as source in file sync.\r\nYou can edit task name as you like on the upper column between the source and destination frames.\r\nYou can decide the way of sync, either one-way sync or two-way sync.\r\nIn sync options window, you can further specify the sync method if you choose one-way sync above. You can also order email notification of the sync task result as well as filter certain files to be targeted or to be omitted while picking up source files by file extension.\r\nCloud Sync Options\r\nIn sync schedule window, you can set up one or more schedules to automatically carry out the sync task daily, weekly or monthly.\r\nCloud Sync Schedule\r\nBesides cloud to cloud sync, MultCloud also enables you to transfer files from one cloud to another as well as basic cloud files management such as create new folders, delete unwanted files, upload from local, download to local, share files to others, etc.\r\n\r\nConclusion\r\nGeneral specking, Google Backup and Sync is a good choice for backup and sync for google for multiple accounts. It is going to solve all problems found by its users and grow stronger and better to serve people. If it can’t satisfy your current needs, you can rely on reliable third party tools such as MultCloud.

https://www.multcloud.com/tutorials/google-backup-and-sync-multiple-accounts-1234.html
Broken  |   Save  |   Liked  |   Down
Advertisements