This course teaches the basics of programming using the COBOL language.  Introductory programming concepts can be shown in practically all programming languages but are rarely done in COBOL.  Some people do not consider it a 'modern' language, however COBOL is still being used(I am still using it).  The same things that are taught in Python or C in an introductory programming class exist in COBOL and I should know because I have been teaching introductory programming courses in multiple languages for almost twenty years.  This class works through the normal progression of programming.  First you have to set up the software.  Then you write your first 'Hello World' program to show how to print output.  After learning how to write out you have to learn how to read in data from the terminal.  After being able to read and write, you get into more details and data types.  Once you have a clear understanding of that, you go into the common programming structures:  if/then, loops, and tables/arrays.  Once you understand them, you have to start breaking up your program into sections/functions.  This is probably the most important concept in all of beginning programming.  COBOL does not have parameters and arguments like other programming languages but I show how COBOL does use the Linkage Sections to accomplish the same thing.  The class will then show how COBOL is used on the mainframe, the most common home of COBOL coding.  I also give an example of a COBOL report program, which is another very common use for a COBOL program.  This will cover everything and introductory class plus some, plus you learn a language that is not commonly taught.,  Whether you have an interest in programming or just an interest in COBOL, I believe this will be a very informative class. 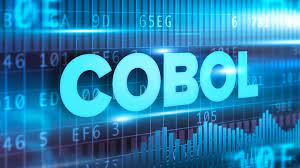