Most of the time, the things we have learned go unnoticed until we need to apply them, making latent learning crucial. One's family's dinner preparations might have been a great opportunity to learn how to cook a roast, but one might not realize it until one is on one's own. It is common to overlook less evident forms of learning while reflecting on the education process. Offering incentives for the right choices is how we train a rat to complete the labyrinth. We get students to participate more actively in a class by rewarding them for doing the right things. 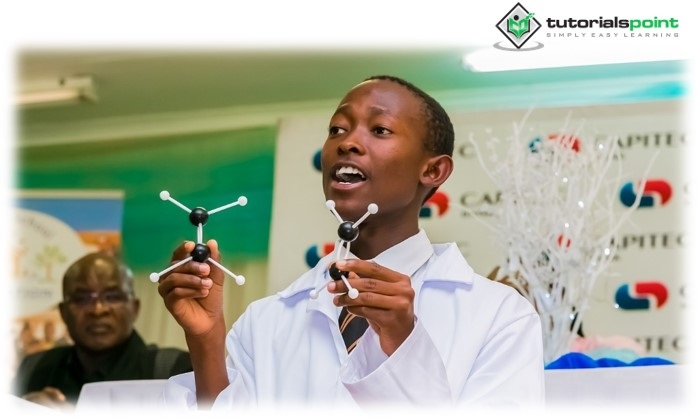 What is the Meaning of Latent Learning?

Groups of rats were given a labyrinth to navigate in an experiment, and even the rats that got no rewards at the beginning nevertheless learned the maze alone. Rats used their "mental image" of the course after incentives were added. These findings showed that learning might occur even if an organism does not immediately show it. Think about all the streets and alleys one recognizes within one's town. One gets to know the ins and outs of the town and its many establishments as one takes various routes to work every day. This knowledge, however, remains dormant as one seldom draws upon it in practice. Only when one needs to employ one's knowledge to locate something particular, like a coffee shop or bus stop, will one be forced to put it to use.

Animals' learning behavior in a labyrinth, as described by Tolman's notion of "cognitive maps," involves the development of a schema of spatial connections, a mental picture associated with the positions of items, as opposed to a simple sequence of sensory input. Exploration behavior in a test set and other comparable experimental results provide evidence for this type of mental model since they allow a monkey who is not hungry to locate food when it becomes hungry quickly. An internal representation of an organism's surroundings. Such maps may be used to learn good data, including where to go and how to arrive. We form these mental representations, called cognitive maps, mostly unconsciously.

One of Gestalt psychologist Edward Tolman's most well-known learning studies included teaching three groups of rats, one at a time, the identical maze (Tolman & Honzik, 1930). In the first batch, each rat was placed in the maze and reinforced with food to help it find its way out. The rat was then placed back in the maze, reinforced after completing the maze again, and so on, until the rat could complete the maze without making any mistakes. The second set of rats was treated the same way as the first, except they got no reinforcement when they exited the maze. They were inserted again and again until the experiment's tenth day. On that day, the rats in the second group started receiving a reward for completing the maze.

The third group of rats, who served as a control group, was likewise not rewarded and was not reinforced during the trial. A rigorous Skinnerian behaviorist would expect only the first batch of rats to successfully learn the maze since learning is based on reinforcing consequences. This appeared to be the case at first. After several attempts, the first group of rats solved the labyrinth, but the second and third groups wandered about the maze until they accidentally found their way out. However, on the tenth day, something occurred that would be impossible to explain using merely Skinner's basic concepts.

After getting the reinforcement for the first time, the second set of rats should have taken as long as the first group to solve the labyrinth. Instead, they started figuring out the maze almost quickly. Tolman concluded that the rats in the second group had learned where all the blind alleys, incorrect turns, and proper passages were over the first nine days of the experiment and had stored this knowledge as a type of "mental map," or cognitive map of the physical layout of the labyrinth. The rats in the second group had learned and mentally stored that knowledge, but they had not displayed it since there was no need to do so. The cognitive map had remained concealed or latent until the rats had an opportunity to demonstrate their understanding by reaching the food. Tolman referred to this as latent learning. Standard operant conditioning did not explain the concept that learning may occur without reinforcement and then alter behavior.

About his kind of behaviorism, Tolman coined the term "purposive behaviorism." Tolman argues that the goal-directed nature of animal behavior is one of its defining characteristics. In his work, Purposive Behaviour in Wildlife as well as Men, Tolman defined "purposive" and "molar" behavior. He said research must concentrate on molar behaviors rather than the smaller pieces of particular behavior advocated by behaviorists. Tolman argues that behavior has a function and can be shaped and transformed to suit the demands of a given setting. Purposeful actions may be motivated by a desire to avoid negative consequences or pursue desirable outcomes.

Similarly to how a bird in a cage would want to get out of the cage, a business owner will try to make as much money as possible from selling their products. Since Tolman based his concept on the organization of behavior with a goal, he named it purposive behaviorism. Tolman's learning concept brings together behavioral psychology and Bauhaus ideas. Tolman tried to clarify the connections between an organism's behavior and its goals, information, thoughts, plans, and comprehension.

In response to Watson's molecule behaviorism, Tolman advocated for "molar behaviorism." Tolman argued that by breaking down human behavior into such minute increments, behaviorists were missing the forest for the trees. In this context, he was using the word molar to refer to a globally visible pattern of behavior. For illustration, eating, cleaning up, and even composing the responses in a test are some instances. Tolman argues that scientists lose sight of the big picture by breaking it down into component pieces when they analyze conduct. Therefore, purposeful actions with a consistent meaning need to be investigated.

In classical and operant conditioning, an organism learns to unconsciously expect a biological response, such as food, when exposed to a seemingly random stimulus. Ivan Pavlov's study, in which animals learned to correlate the sound of a bell with the arrival of food, is a famous instance of classical conditioning. As a result of conditioning, the dogs not only drooled in response to the food, which satisfied a basic biological requirement and was thus an unconditioned response. The canines eventually learned to salivate in response to the ringing of a bell, the bell serving as a reinforcer and the salivation being a conditioned response. A bell rang, and their mouths began to water, anticipating the feast it would bring. Latent understanding, on either hand, occurs when an animal acquires knowledge despite the absence of an incentive to do so. That is why it is sufficient to expose animals to data for data's sake; it will eventually register in their brains. Latent understanding is shown by the ability of rats to create mental maps unconsciously and then use those maps to locate a biological stimulus, like food, more quickly when a reward is present. Despite the lack of incentive to learn the labyrinth before the food's introduction, those rats could navigate it successfully.

According to social learning theory, people pick up new habits by watching others and trying new approaches. According to this hypothesis, monitoring leads to a change in behavior more frequently when incentives or penalties are seen to be related to certain actions. Although the observational part of both theories is similar, the latent cognitive approach is distinct since it does not rely on the reward to facilitate learning.

Unconscious, unplanned learning with no immediate payoff or disincentive is a prime instance of latent learning. It is a mental operation that helps one take in one's surroundings and form mental maps. It is possible that data acquired via latent learning will not be put to use for many days, weeks, or even decades.