A 16-year-old Albanian girl with generalized tonic-clonic seizures, eyelid twitches, hallucinations, headache, and cognitive deficits was diagnosed with a rare form of Lafora disease. She was given an anti-epileptic medication as part of her initial treatment for generalized epilepsy. However, a second treatment was introduced due to seizures becoming resistant to this anti-epileptic medication. Nevertheless, seizures persisted despite adherence to therapy, and the patient's neurological condition worsened. The child started experiencing hallucinations and a loss of cognitive ability. Let us understand what Lafora disease is. 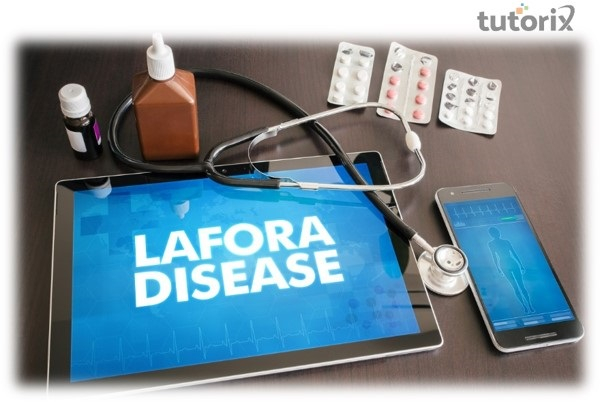 What is Lafora Disease?

Lafora disease (LD) is an autosomal recessive progressive myoclonus epilepsy caused by mutations in the EPM2A (laforin) and EPM2B (Malin) genes, with little genotype-phenotype distinctions between the two. In LD, excessively long-chained and branched glycogen precipitates as insoluble polyglucosans aggregates (Lafora bodies), which are responsible for epilepsy, neurodegeneration, and neuroinflammation. 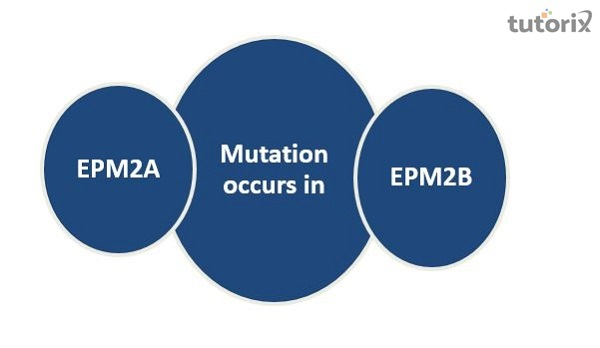 Except for a few with early learning challenges, most patients are normal during childhood. Early signs and symptoms can include headaches, poor academic performance, and convulsive seizures. However, typically tonic-clonic seizures precede non-synchronized, quick, and severe myoclonic jerks in the mouth and extremities. 2–6 years after the commencement of the disease, rapidly progressive dementia and widespread cognitive impairment appear. People with Lafora illness experience progressive brain changes over time, including cognitive decline, speech impediments, depression, and impairments in memory, judgment, and judgment. Patients with Lafora illness frequently experience speech, coordination, and balance issues if seizures impact parts of the cerebellum.

Understanding the pathogenesis of Lafora disease requires establishing a mechanistic link between laforin or malin deficiency and neurodegenerative disease. Even before the genetic causes were discovered, studies of the disease's pathological hallmark, the Lafora bodies, provided insight into the affected metabolic pathways; Lafora bodies were classified as polyglucosan bodies because they are largely composed of glucan chains and thus chemically similar to glycogen. Surprisingly, unlike cytosolic glycogen, these polyglucosans are water-insoluble. The precise functions of laforin and Malin are unknown, although they are most likely engaged in mechanisms that prevent the buildup of insoluble glycogen-like particles. The following parts cover Lafora's body buildup as a cause of Lafora's illness.

The disease is frequently suspected when certain signs and symptoms of Lafora Disease are present. In general, an EEG and a brain MRI are advised for anyone experiencing recurrent seizures and help examine other disorders in the differential diagnosis. The diagnosis can then be confirmed, and other illnesses that might result in similar symptoms can be ruled out with additional testing. For instance, a skin biopsy may be done to look for "Lafora bodies," clusters of aberrant glycogen that cannot be broken down and used as fuel and are present in most of those with the disorder. In some situations, the diagnosis may be confirmed through genetic testing for modifications (mutations) in either the NHLRC1 gene or the EPM2A gene.

Pathogenetic therapy does not exist, and the remedy only addresses symptoms, and the alleviation of epileptic symptoms happens initially. To achieve this, epileptologists employ conventional anticonvulsants (such as valproic acid) and modern medications (levetiracetam, topiramate). Since Lafora disease epilepsy is challenging to treat with anticonvulsant medication, these medications are frequently coupled with ethosuximide, Phenobarbital, and clonazepam.

The current focus of treatment for LD patients is to reduce the severity and frequency of myoclonus and seizures.

Anticonvulsants are not very effective at reducing seizures in patients with Lafora disease. Broad-spectrum medications, including valproate, levetiracetam, topiramate, and benzodiazepines, are frequently used, yet they have little to no impact on cognitive functioning.

Following are the major causes −

LD is autosomal recessive in its inheritance. With rare exceptions involving missense mutations or specific splice site mutations that have a delayed onset and drawn-out course, most patients have a phenotype that is quite homogeneous. The onset of overt symptoms, which may include any or all of myoclonus, visual hallucinations, or convulsive seizures between the ages of 10 and 15, typically precedes a period of decreased academic performance in pre-teen years. Usually, within ten years after commencement, death occurs most frequently during status epilepticus with aspiration pneumonia.

LD is an orphan disease with a poorly understood fundamental pathophysiology. As a result, the illness offers excellent chances for researchers in basic sciences to investigate various mechanistic pathways, such as glycogen biology, protein ubiquitination, neuroinflammation, neurodegeneration, and epilepsy. Further studies will reveal crucial, undiscovered brain systems in addition to others. For instance, recent research in LD revealed a role for malin in small-cell lung cancer.