For the past few days, there is a suspense about Telangana Government. Drawing a curtain to that, the Telangana Chief Minister K Chandrasekhar Rao asked the Governor today, 6th September 2018 to dissolve the assembly and called in for early elections to the state. Elections which are due for the middle of 2019 are pushed forward to this year-end. 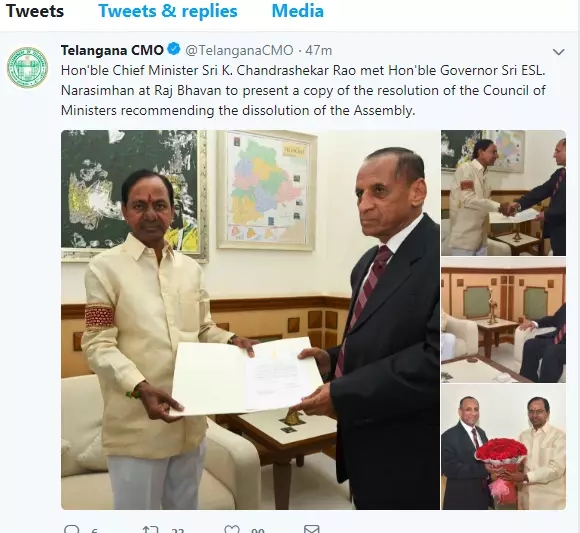