A person's age plays an important role in jet lag disorder. Several studies say that individuals over 60 face circadian changes that create difficulty in recovering from jet lag. Some research also found that in some cases, jet lag has a huge impact on younger people also. Jet lag affects a person after 12 hours of arriving at a new place. 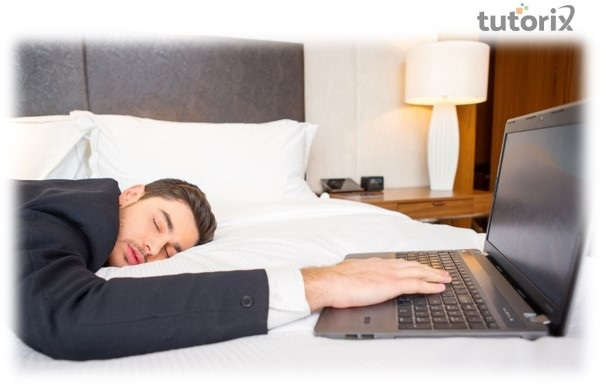 What is Jet Lag?

There are several symptoms that individual experiences. Those are −

Jet lag is worse while traveling east than toward west. This is because the direction of travel may have a different amount of jet lag as it is easier to delay the internal clock than to advance it. Jet lag does not happen in north−south flights as they are not crossing multiple time zones, and everyone does not face jet lag after taking a long-distance flight. Several factors influence jet lag more −

As there are various factors affecting jet lag, it is difficult to understand who will face it, how chronic it will be, and how long it will last.

Till now, there has been no proper treatment or medications to prevent or reduce jet lag. However, professionals give some tips for reducing and preventing it. Jet lag can hugely impact a vacation, business-related trips, and competition. Moreover, for this reason, travelers must minimize jet lag effects. The important way to prevent and reduce jet lag quickly is to readjust the circadian rhythm to accompany the destination's time zone. To achieve this, several steps can be followed. This way, one can avoid disturbance in circadian rhythm during and after the trip. There are some ways by which the circadian rhythm can be reoriented. Those are −

Individuals can make personal plans to reduce jet lag, or they can take the help of a doctor or sleep specialist to help them prepare a plan for managing jet lag. 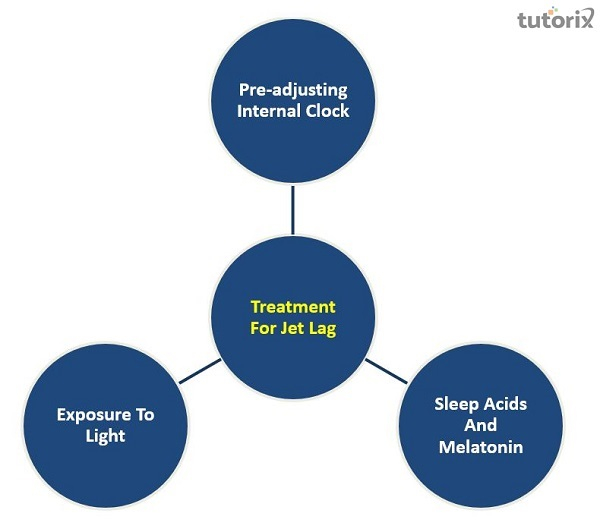 Several tips before, after, and during the flight can help reduce jet lag.

From the above discussion, it can be concluded that jet lag occurs due to traveling across two or more time zones within a very short period, affecting a person's circadian rhythm. It causes headaches, sleep deprivation, problems in the stomach, and various other symptoms. As there is no medication for reducing the problems related to jet lag, exposure to light, managing the timings of sleep, and following a proper schedule for eating and exercising can help resolve the problem more quickly.