He is referred to as the "enfant terrible" of the fashion world and is well-known for his avant-garde creations that feature corsets, marinières, and tin cans as his main themes. In 1982, Gaultier established his own fashion house under that name, and in 1993, he added a line of fragrances. After his 50th-anniversary haute couture presentation during Paris Fashion Week in January 2020, he departed as the creative director of the French luxury brand Hermès, which he served from 2003 to 2010. Alongside Antoine de Caunes, Gaultier co-hosted the first seven seasons of the television program Eurotrash from 1993 to 1997. 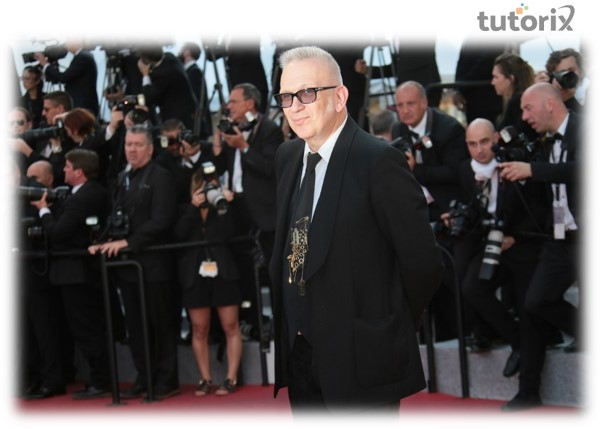 Gaultier was raised in a Paris suburb. His father was an accountant, and his mother worked as a clerk. He was first exposed to the world of fashion by his maternal grandmother, Marie Garrabe. He never underwent any formal design instruction. Rather, he started sending sketches to renowned couture stylists at a young age. His talent attracted Pierre Cardin, who in 1970 employed him as an assistant. Then, in 1971, he collaborated with Jacques Esterel, and Jean Patou returned to work for Cardin later that year to manage the Pierre Cardin store in Manila for another year, until 1974. Cardin despatched Gaultier to Manila to run the regional office in spite of his youth. One of his customers was Imelda Marcos. He discovered that his name was on a "no leave" list and had to make up a family emergency in order to get off. He never came back.

In 1976, Gaultier's debut collection was made available to the public. Despite the fact that most people at the time thought his designs were extravagant, fashion editors, particularly Melka Tréanton of Elle and Claude Brouet and Catherine Lardeur of French Marie Claire, were inspired by his innovation and expertise in tailoring, which eventually started his career. He created outfits for women out of plastic waste bags in 1980. In 1982, Gaultier established his own fashion house. His "Boy Toy" collection from 1983 brought back the marinière for men.

As early as 1984, his clothes were for sale at Bergdorf Goodman in New York, and Dawn Mello and Polly Allen Mellen had previously praised them. To designate the traditional items that the designer modified, the word "Gaultiered" was created. In 1984, Jean Paul Gaultier unveiled men's skirts (really kilts) for the first time during the fall London and Paris fashion weeks. He also unveiled the famous women's corset with cone bra in 1984. Additionally, Gaultier and Wolford Hosiery have collaborated frequently.

The first-ever "single title" remix album, Aow Tou Dou Zat, on Mercury Records, was inspired by a dance single by Gaultier called "How To Do That" that was published in 1988 on Fontana Records. The album has mixes by Kurtis Mantronik, Latin Rascals, J. J. Jeczalik, George Shilling, Mark Saunders, Norman Cook, and J. J. Jeczalik. Tony Mansfield co-wrote it, produced it, and Jean-Baptiste Mondino directed the video. A collaboration with accordionist Yvette Horner was also included on the CD.

The fragrance company offers flanker scents for each of its three lines—women's, men's, and unisex. Since January 1, 2016, Puig has been authorized to sell Jean Paul Gaultier scents. From 1991 to December 31, 2015, Shiseido subsidiary Beauté Prestige International held the authorization. The BPI license was initially negotiated to last until June 30, 2016, but Puig bought it for \$79.2 million and paid \$22.6 million to terminate it early. 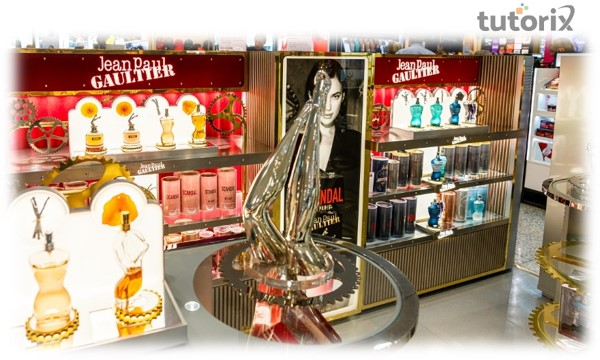 The enfant terrible of French fashion, Jean Paul Gaultier, is known for his distinctively irreverent style that dates back to 1981. A lot of Jean-Paul Gaultier's later creations have been inspired by streetwear and popular culture, while others—particularly his haute couture collections—are extremely formal while also being distinctive and whimsical. Jean Paul Gaultier draws inspiration from street culture and the TV culture of baby boomers, who’s daring occasionally ushers in new trends. His primary influences include French popular culture, the mingling of types and genders, sexual fetishism, and futuristic designs.

Some of the significant designs are:

Gaultier had a lifelong fascination with clothing. He found himself at odds with his peers at school; despite not fitting in, they nevertheless requested his drawings for them. When he discovered that several of the most famous fashion designers were homosexual or bisexual, he felt more at ease about his sexuality. He had always wanted to work in the fashion industry. When he met Francis Menuge, his business partner, he was able to establish himself and begin producing performances.