Is Virat Kohli a better Test captain than a ODI captain? Should he learn the art of captaining ODIs from MS Dhoni?

Virat Kohli is a fighter, a go-getter in every format of the game. He has time and again proved it as a player and as a captain. Virat leads from the front, setting a benchmark for himself and his team to follow. If you go by figures, Virat Kohli has recently broken the record held by MS Dhoni of 7 consecutive wins when India defeated Bangladesh at Hyderabad. 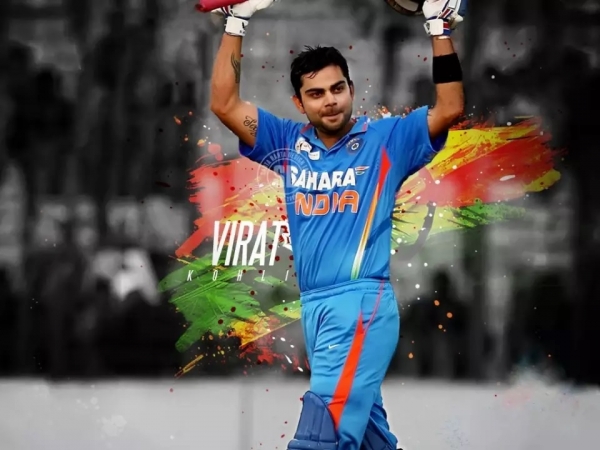 This was Virat's eighth successive victory. India has won 16 matches out of 27 games while losing only 3 under his leadership till earlier this year. He has proved that he is not only the best batsman in the world in the present generation but is also the right choice for captaincy.

The fact that responsibility of captaincy has not affected his batting can be seen by the records he created and become the first batsman to score double centuries in four consecutive Test series earlier in the year one each against West Indies, New Zealand, England, and Bangladesh.

Virat Kohli became the test team captain in January 2015. He led India to a 2-1 victory over Sri Lanka on their soil, the first series victory since 1993 in that country. Success continued at home with a three-nil victory over South Africa. 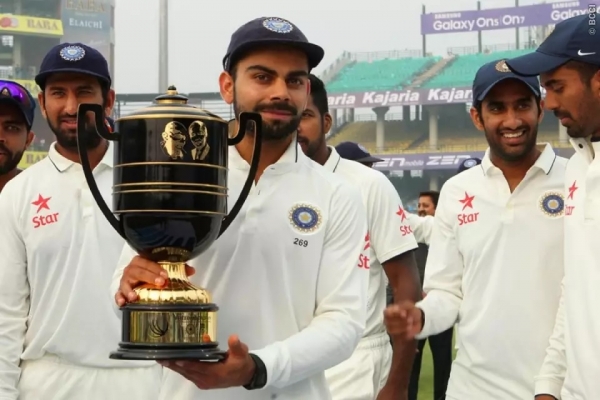 Coming back to records, Kohli has the best record as a captain and India have remained undefeated for 19 tests since he took over, the best by any Indian captain breaking Sunil Gavaskar's record of 18 unbeaten matches.

Virat Kohli changed the approach after he took over the captaincy of the Indian team. Dhoni believed in the concept of playing six batsmen and four bowlers with himself as the keeper while Kohli changed it to the norm of five batsmen and five bowlers.

Coming to the one-day matches, Kohli was appointed the captain after MS Dhoni stepped down in January 2017. Their approach is entirely different. While Dhoni was acclaimed for his calm and tranquility, Kohli has been more aggressive and ambitious looking for the kill. The team he leads comprises all young, determined, and experienced in their own way. 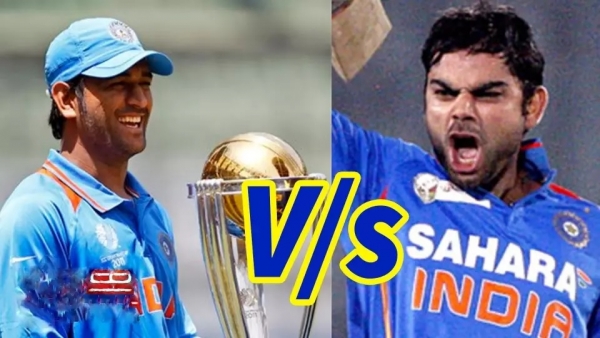 Virat Kohli, when he was asked to lead the test side in Australia, said he was surprised at the decision and admitted he felt he was better prepared to be the one day captain. Dhoni, in an interview after he stepped down, felt Kohli would be a better captain than him. If he was convinced about something, he would not listen to anybody's advice or suggestions. Dhoni feels Kohli would only be getting better and better with added responsibilities.

From behind the stumps, Dhoni does keep advising him whatever strikes his mind reading the batsman and their batting style and strengths and their vulnerabilities against the bowler. They both get along very well on and off the field and there is no hard and fast rule that whatever he says should be implemented by Kohli. 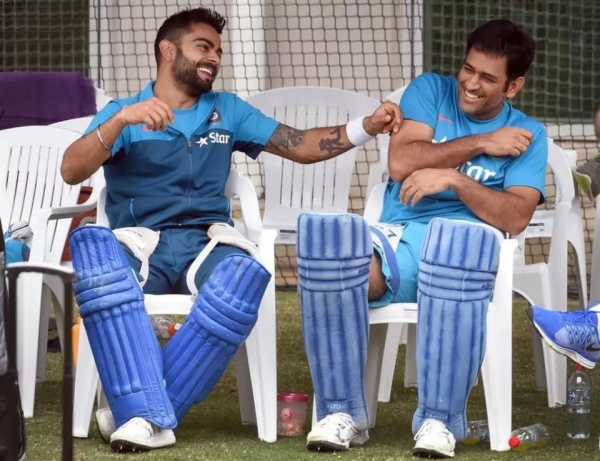 Kohli, as on date, is the right choice as a captain and adapts himself well to all the formats of the game easily. The team is comfortable playing under him and with a mentor like Ravi Shastri, Indian cricket has the potential to rewrite the cricket records.