Is there any specific reason why some countries follow the left-hand drive while others have the right-hand drive?

Currently, just a little over a third of the people of the world drive on the left and about two-thirds of this group are Indians. Actually, the countries that drive on the left are mostly former British and Dutch colonies including today's UK but surprisingly not the Netherlands.

That is indeed strange since the former Dutch colonies of Indonesia and Surinam still drive on the left while the Netherlands, which had colonized these countries, has been driving on the right for two centuries now. The reason is that the colonizer (Netherlands) itself was conquered by another colonial power, France, during the turbulent rule of Napoleon in the early 19th century. Napoleon couldn't grab the colonies of the Netherlands though. 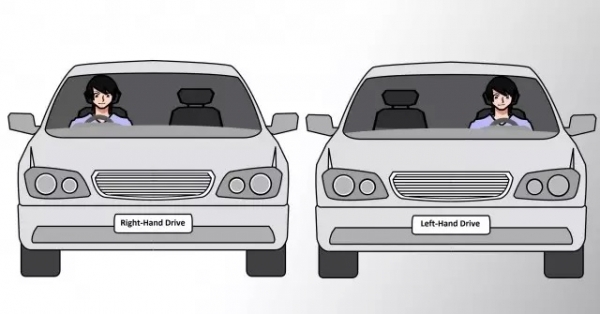 The rivalry between nations often leads to the adoption of postures by opposing countries that contradict the symbols, traditions, cultures, norms, and traits of their rivals. When it came to road traffic management, which is a vital and visible aspect of national life, countries often chose to adopt left side movement or right side movement depending on how they perceived their rivals.

During the Napoleonic era, Britain and France were at loggerheads - France chose to drive on the right while Britain continued to drive on the left. However, there could have been other viable reasons for Napoleon choosing right side driving for France; it couldn't just have been a rivalry with Britain. He was way too smart for such triviality. Probably, that also explains why the Netherlands didn't revert to its old system of driving on the left after winning back its sovereignty following the defeat of Napoleon. Strangely enough, the Netherlands allowed the system of left side driving in its colonies (Indonesia and Surinam) even though it adopted the right side driving system.

The rivalry theory fails when it comes to Japan which became a big rival of Britain during the late 19th and early 20th century when the automobile industry was seen to be developing. Japan never gave up its left side driving system even after defeat in World War II when the US, which drives on the right, virtually controlled it.