Introducing our Enemy- the Dark Side

Finally someone explains what darkness really is

In this course I will explain what the Dark Side or darkness really is. As a by product you will also understand what the Light really is.

George Orwell makes a bitterly ironic use of the 'light and darkness' topos in his Nineteen Eighty Four. In the early part of the book the protagonist is getting a promise that 'We will meet in the place where there is no darkness' - which he interprets as referring to a place where the oppressive totalitarian state does not rule. But the man who made the promise was in fact an agent of the Thought Police - and they eventually meet as prisoner and interrogator where there is indeed no darkness, in detention cells where the light remains on permanently, day and night, as an additional means of torturing detainees. 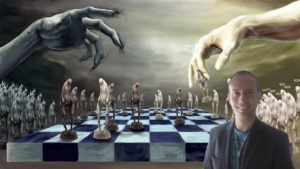